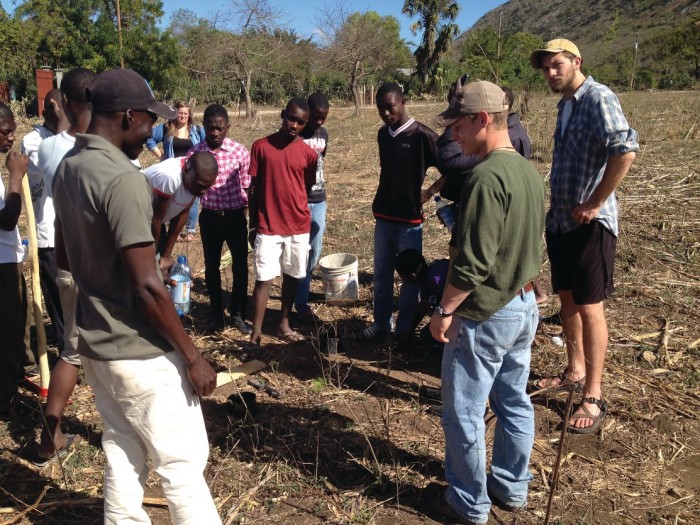 Haiti: the most impoverished country in the world. As the students and professors journeyed from village to village, is was obvious that help had come, but it hadn’t stayed. At one time, a huge influx of support had begun reconstruction on infrastructure and buildings in Port au Prince, the country’s capital. Now, efforts to help exist on a much smaller scale, providing assistance one family or one village at a time.

In Pignon, the group’s destination, a few organizations are working with locals to improve their quality of life. Home of Hope orphanage, operated by members of a congregation in Kansas City, Missouri, provides housing and care to children, and has open dormitories for the visitors.

Project Hope, an organization also based in Kansas City, Missouri, is just across the road. A large building is under construction, which will one day house workers and visitors from abroad, as well as provide seminar and demonstration space for the staff agronomist and visiting experts. Surrounding the construction site are seven acres of donated farmland, which is where our story begins.

Five Missouri State University Darr School of Agriculture students and two professors, as well as a few Project Hope volunteers, settled in to their dormitory at the orphanage. Other collegians had checked in to luxurious hotels for their spring break adventures, but this group had different goals in mind.

They had prepared seminars on a wide range of topics, from water conservation and composting to human nutrition. Students came from a variety of agricultural backgrou 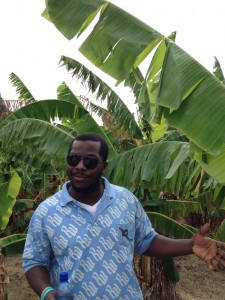 nds to learn about the communities in central Haiti and bring their knowledge to farmers in the area.

“You don’t have to be an agronomy expert to help,” said Melissa Remley, an associate professor from Missouri State. “The main thing was to have that desire to learn about their culture and have that interaction – to want to be there and help.”

The agricultural land next door provides an opportunity for demonstrations and projects to benefit farms and families in surrounding villages. Mike Burton, the lead professor on the trip, said initial projects will likely include testing water retention systems on the landscape with terracing and diversions as well as trials of other practices that will increase long term profitability.

Students presented their seminars in two local villages. Outreach to the rural communities was facilitated by contacts previously established with the orphanage. The seminar audiences were farmers relying on agriculture not as a career, but as a subsistence effort to support their families.

“What we find is that through what we consider pretty typical practices that we would talk about in the soil conservation class or the sustainable agriculture class or plant nutrition and fertility, are all skills that are readily and desperately needed in those villages,” Burton said.

Even something as simple as treating a crop before a rain was a challenge for the communities they visited. The visitors faced challenges because of their assumptions about the tools and education available to villagers. 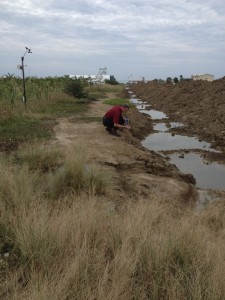 People might have cell phones, Burton said, but they don’t have calendars, and they don’t necessarily know what the temperature is outside. Most have never seen a radar weather map.

“In a developing nation, everything is more difficult when you don’t have the right tools or materials, even for simple things,” said Ben Rodabaugh, a natural resources student from Lowry City, Missouri, one of the students in the group. “It takes a lot more work to do it by hand and by improvising.”

The trip was eye-opening for students and advisers alike. Remley said the most poignant experience for her was seeing all the communities and churches there to help build an infrastructure and improve people’s lives.

“It’s basic human rights that we’re trying to give these people – proper food, clothing safety,” she said. “So it’s really humbling to see how joyous they are as a people and how helpful they are to one another despite what they don’t have.”

At one village location, students presented seminars on recycling nutrients in compost and saving water. When they gave the audience time for questions, it became clear that it wasn’t water for crops that was their concern. “Their main concern was to have enough drinking water,” Remley said. “As one man put it, ‘I can have crops, I can have food, but I have no water to cook my food in.’”

Silas Myrick, a senior agriculture student from Blue Springs, Missouri, spoke about human nutrition for his seminar. It’s really difficult, he said “telling somebody that they need to drink a certain amount of water every day and then having them reply that often they go days without water because it is difficult to get.”

An ongoing commitment to serve

A common sentiment from participants was one of humility and help. Myrick said the group’s goal was to find needs and try to amend them in any way they could. Remley said it was eye-opening to go there and see with their own eyes how people lived and provided for themselves.

“It’s the public affairs mission at its finest,” Remley said. “I was amazed by these students. We were literally in huts in the middle of these villages talking with people about their issues, going out and seeing their farms and seeing what they’re doing and talking about ways we can give them improvements.

“We learned more than we were telling them, and that gave us a really good idea of what we should go back and research on so we could come back with some helpful answers for them.”

Between deforestation, poverty, and unpredictable rain, he said Missouri State students and faculty need to go back. “Not to shock our students, but to help where we can and for our student to learn all they can about what might be done,” Remley said.

Students in the Darr School of Agriculture will likely have the opportunity to visit Haiti in coming semesters, as Missouri State is developing a partnership with the University of Haiti to facilitate agricultural improvements, which will soon allow Haitian students to study at Missouri State and Darr students to study for longer periods in Haiti, whether it’s a semester-long Study Away program or master’s research.