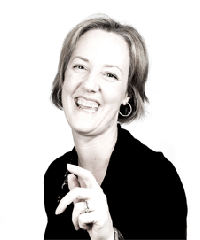 ‘Living under the cloud’

The art and design professor released the book last year. In it, she and other essayists examines the role of art and visual culture in early Cold War Britain (after the 1945 bombings at Hiroshima and Nagasaki, Japan), when artist “were literally living under the cloud of the hydrogen bomb and its development,” Jolivette said.

Art as discourse on fears, hopes

The book explores media used by artists — sculpture, textile and applied design, painting, drawing, photojournalism and exhibition display — to articulate the fears and hopes of the nuclear age. 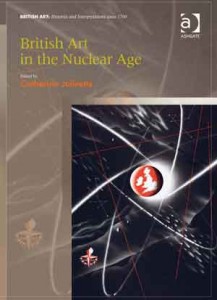 “What I find endlessly compelling is the way that art illuminates very human concerns in light of scientific and military-industrial developments, and the rich variety of responses that these artists have to living in the nuclear age,” Jolivette said.

In his review, “Art History” critic Robert James Sutton wrote that Jolivette’s book documents the cultural reactions not just of the bomb, but of the technology resulting from the nuclear age.

“The essays in British Art in the Nuclear Age generally veer towards ‘re-action’, with artists, photographers and scientists all seemingly concerned with seeking to understand or make sense of the events of 1945 and the ensuing years of nuclear experimentation through artistic platforms frequently identified as free – that is, liberated from the constraints of ideological commitment – whilst stymied by the uncertainty of those years.”