This exhibit focuses on metal objects that are associated with machinery of the early 20th century.  The Missouri struck license plate from 1929 reflects how, by 1918, all states regulated and required of automobiles and issued standardized license plates.  The two round items are also associated with automobiles: with their round bezels and rims, the first is identifiable as a dashboard gauge, while the other likely functioned as the bezel for an interior dome light – a luxury customization in early vehicles.

The “mystery” in this group of objects is identifiable an altitude gauge, which is similar to a steam gauge that measures pressure in boilers; altitude gauges were attached to sides of domestic and industrial water heaters or water columns to monitor their water levels. 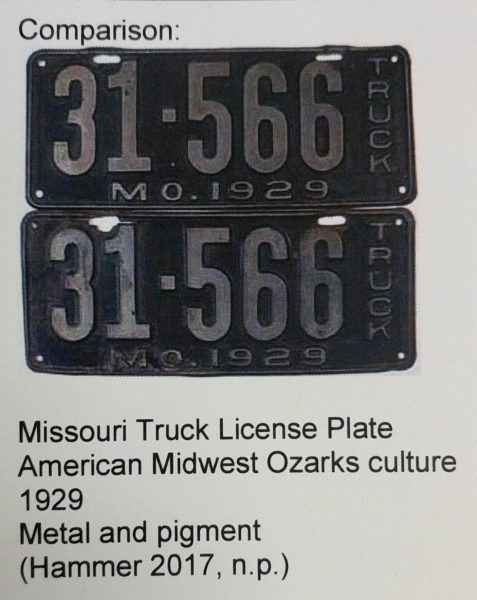 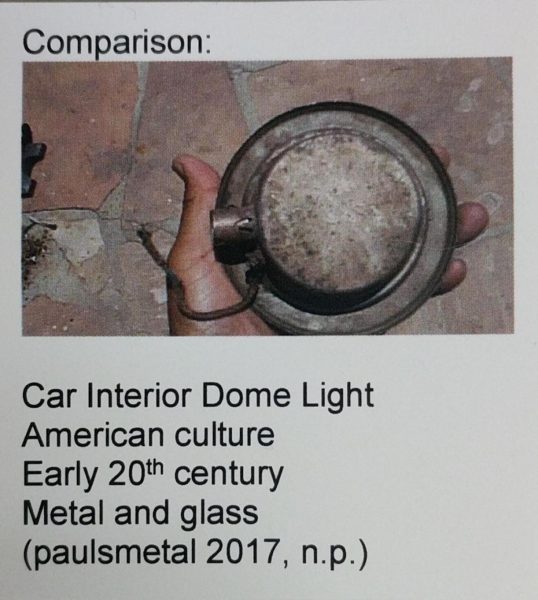 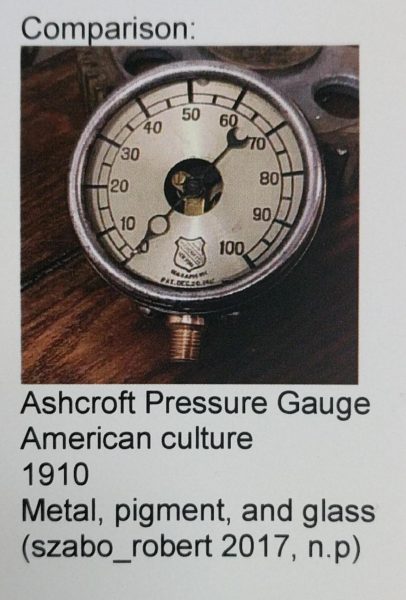 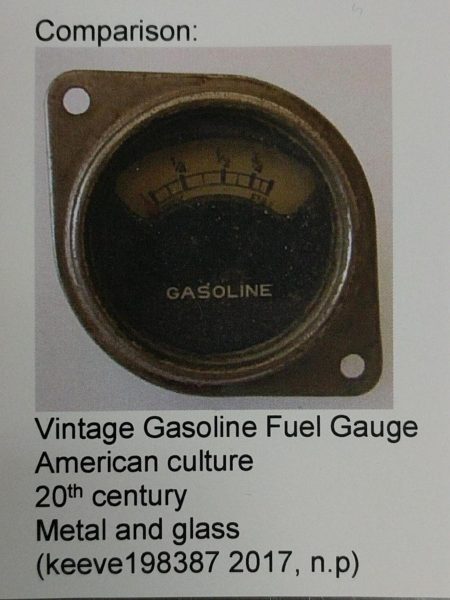