All of the objects in this collection consist of functional parts of cast-iron, wood-burning stoves, which were widely popular both for heating homes and for cooking until the end of the 19th century.  While they were eventually replaced with central heating and with electric and gas cook top stoves and ovens, these functional and decorative stoves continued to be made and sold throughout in the early to mid-20th century, with some even still being in use today.

In this collection, the gracefully decorated stove door and rectangular panel would have functioned as doors, either providing access to the interior firebox, so that coal or wood could be added, or providing access to an oven; the panel fragment, meanwhile, was more likely a non-functional decorative side piece on the stove.

Unlike the other pieces in this collection, the chimney flue damper was not decorative, but a part of the interior mechanism of the stove, serving to regulate the air flowing through the chimney. 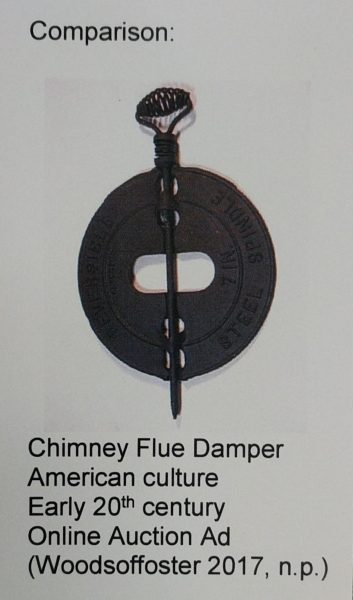 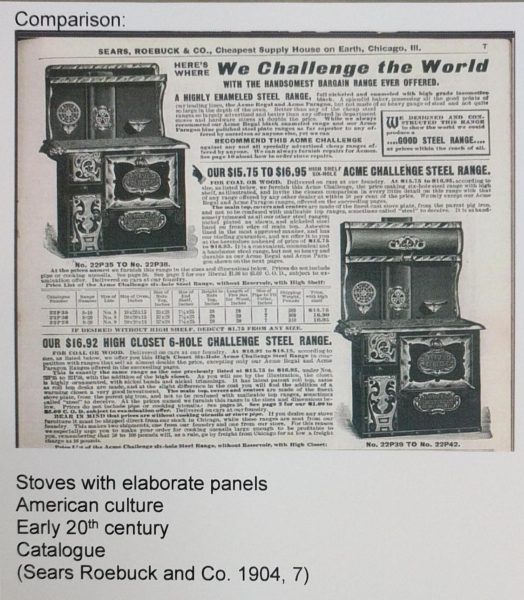 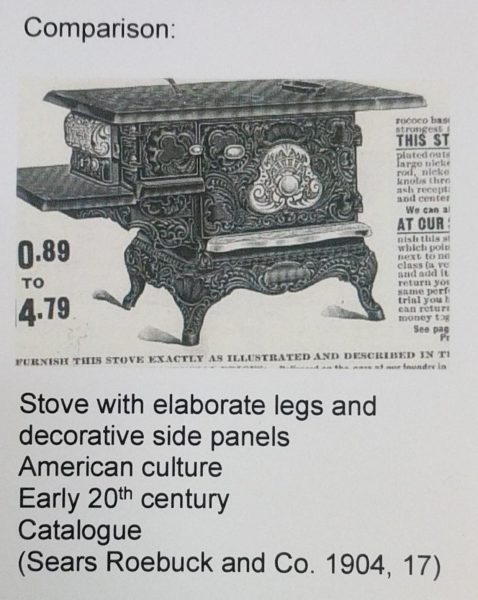