Everyone dreams about using their degree for the greater good, for a career they love, for advancement in society, and these CNAS Bears have done that. The Bears of Distinction Awards were given June 24, and three CNAS alumni were honored. 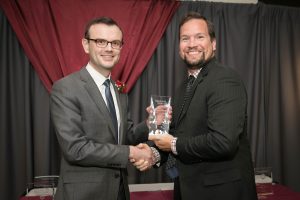 Dr. David Vinyard, who earned both his bachelor’s and master’s degrees in chemistry at Missouri State University, was awarded the outstanding young alumnus award. He is currently an assistant professor of biological sciences and adjunct assistant professor of chemistry at Louisiana State University. His love of chemistry stems from his love of agriculture, which he also obtained a bachelor’s in at Missouri State. He combined his two passions and is working on building up his own research lab to study photosynthesis. 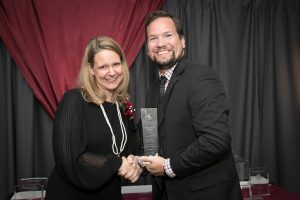 Dr. Alanna Flath Bree was awarded the alumni award for excellence in public affairs. Earning her bachelor’s in biology with a minor in chemistry at Missouri State, she went on to become a medical doctor. When she felt she wasn’t having a big enough impact, she left for mission work in Kenya for two years. On her way back, she found her way to make a big impact: children with albinism in Tanzania. When she isn’t traveling to Tanzania, she is running her own practice.

Jennifer Fitzmaurice, who earned her bachelor’s in mathematics from Missouri State, is the vice president for customer loyalty at AT&T. She was awarded the Bears in Excellence award. Fitzmaurice was one of 12 professionals in 2015 to be named a “Game Changer” in the ICT Industry.

The Bears of Distinction Awards recognize alumni, faculty and staff for their exceptional achievements, and these CNAS alumni definitely fit that description.

Read about all of the awards.