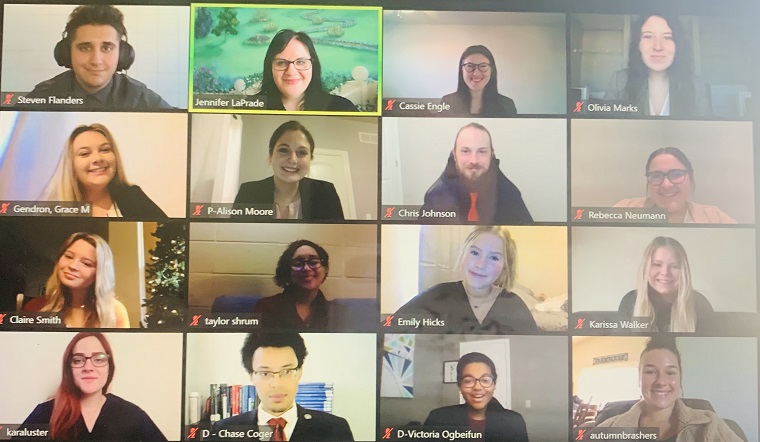 We are incredibly proud of our mock trial members. Read Dr. (and coach) Jennifer LaPrade’s summary of the team’s showing at the recent virtual tournament and learn where they are headed from here:

Mock Trial Competitive Team members will continue weekly practices to prepare for their next full weekend tournament, the Third Annual Scarlet and Cream Invitational, hosted by University of Nebraska-Lincoln on January 9-10, 2021.”

Seventeen MSU students competed in the tournament (see below).