Mt. Everest: Many want to go, few make it. When one thinks of Mt. Everest, one thinks of the beauty and wonder of Earth’s highest mountain. Many forget the dangers that go along with the pretty picture.

Their journey started off in Kathmandu, Nepal. They explored the city, seeing sites like the Swayambhubath Temple, Patan Durbar Square and the Tibetan Buddhist Art School.

“A student explained to us that because Buddhism teaches that one should not become attached to possessions, hence the artists do not sign any of their paintings,” Sourav said.

After that, they caught a flight to Lukla, where they added another person to their trip, Jordan Thomas, a Canadian teacher who lived in Egypt.

“The airport at Lukla is supposedly the most dangerous airport in the world due to its short, slanted runway and its location on the side of a mountain,” said Spoering.

One major change from the United States was the lodging. The group stayed in tea houses, which were lodges that served food and tea. None of the rooms except the common room had heat, making their rooms a chilly 30 degrees Fahrenheit.

After a day’s hike, they arrived in Namche. Each day of the trip, the group reached a higher elevation. Lukla was about 2,840 meters above sea level, and Namche is about 3,440 meters in comparison.

The group spent the second day in Namche acclimating. They took a hike above the village to follow the adage of “Hike high, sleep low.” Even then, Spoering and several others in other groups opted to take altitude sickness medication.

They trekked on to Tengboche, where they explored a Buddhist monastery before going to a lower altitude city, Deboche, to sleep.

Unfortunately, Jess had food poisoning, so the decision was made to separate the groups. The Nandis stayed in Deboche, while Spoering and Thomas went forward to Dingboche, hoping to meet up in a couple days. Jess was later flown to a hospital in Kathmandu, where the Nandis explored the western part of Nepal.

After spending two days in Dingboche, it was time to move forward, or rather, upward. Dingboche was 4,410 meters above sea level.

On their way to Lobuche (4,910 meters), they came across stone memorials for the climbers who have died on Mt. Everest.

“It became more obvious how much less oxygen there was in the air at this altitude, as our pace slowed down considerably by this point and each step was labored,” said Spoering. “It didn’t help that nearly everyone got sick on the trek from all the dust in the air. Breathing was even more difficult since we were coughing a lot.”

Finally, they reached base camp. The base of Mt. Everest sits high at 5,364 meters. Spoering mentions that his water bottle was frozen because of the temperatures.

“We had amazing views of Mt. Everest along with an awesome view of the Khumbu Glacier,” Spoering said.

After taking photos and congratulating themselves on this weary journey, they stayed in Gorak Shep. No one slept because of the zero-degree temperatures in the rooms. It was also hard to breathe, causing several people to hallucinate during the night.

Luckily, the next day they started to descend, so breathing was a lot easier.

After a few days of trekking, they met back up with the Nandis in Kathmandu to trade stories and explore the city.

“While it was one of the most challenging experiences of my life, it was also the most rewarding experience, too. Being able to experience the culture in Nepal was incredible,” said Spoering.

“It was also amazing to be among the highest mountains on our planet; seeing these mountains in person—Everest, Lhotse, Ama Dablam—is so much different than seeing photos or hearing about them.  I’m just happy to have been able to experience everything on this trip and meet some really great people. I’m definitely going to return to Nepal in the future for more trekking.”

Western Nepal with the Nandis

After Jess recovered, they took a trip to Chitwan National Park. They saw many animals, including crocodiles, peacocks, wild boars and toucans.

They also hiked through the jungle to have a tour of an elephant breeding center through the park service. It is a facility that assists with and cares for elephants giving birth. They went on an elephant tour where they saw a rhino and her baby. 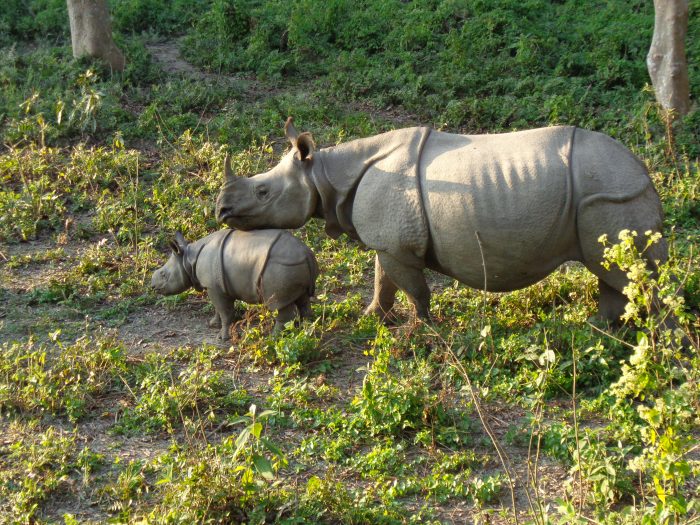 “We were also lucky enough to be in town during the annual Elephant Festival. Local people who own elephants brought them all to the festival along with some of the park service elephants for the celebration,” Sourav said.

After that, they went to Pokhara and spent time relaxing by the lake and exploring the city.

Finally, Jess and Sourav hiked to the World Peace Pagoda and saw the Annapurna range.

They met up with Spoering and Thomas, where they all celebrated the New Year with a holiday festival. 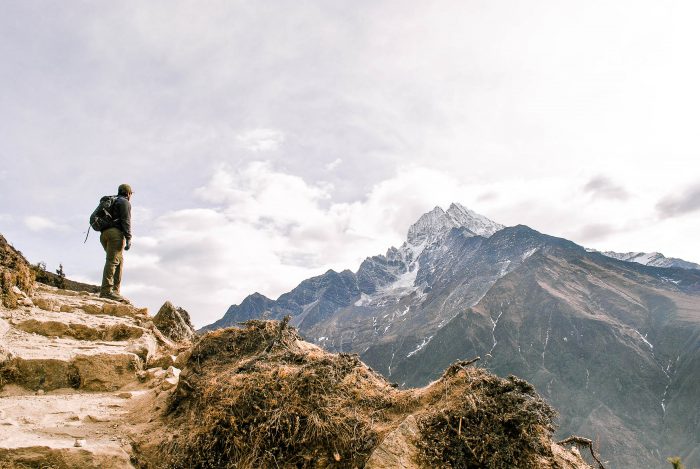 “Even though we didn’t get to finish the trek that we had set out to do, we had the best time of our lives getting off the beaten track and exploring many parts of the country that we would not have seen otherwise,” said Jess. “Keeping an open mind and making the best of unplanned circumstances allowed us to meet new people, see beautiful new sights, attend several festivals, learn new things and have experiences that we couldn’t have had anywhere else.”