Bereyso presented a poster at ERWI and won second place.

“This was a tremendous achievement, as I was competing against graduate students from around the world,” Bereyso said. 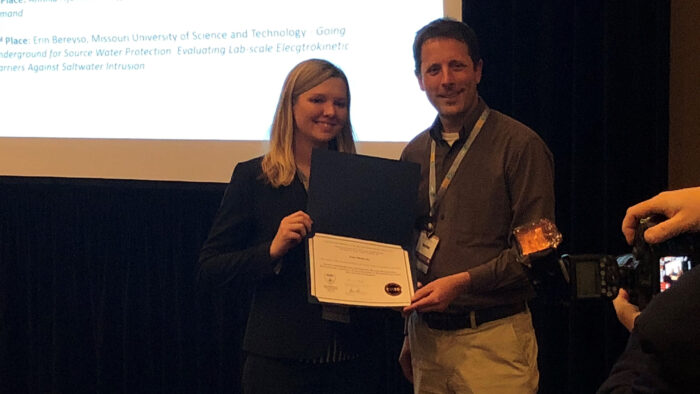 As rivers and streams become more contaminated, the main source of water in coastal cities is from underground aquifers. Bereyso’s research allows a solution to a growing problem.

“As the demand for fresh water increases due to the population in coastal areas increasing, the negative pressure created underground from pumping allows saltwater to enter the freshwater aquifer,” Bereyso said. “This is undesirable because local treatment facilities aren’t made to desalinate water and the desalination is very expensive.”