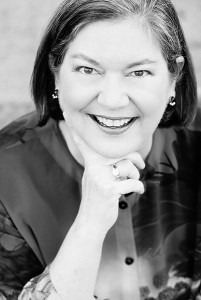 Nancy Allen has seen enough courtroom drama to write a book about it. In fact, she has written two!

The former Greene County assistant prosecutor will be on campus Sept. 17 to talk about her two published legal thrillers, “The Code of the Hills” (HarperCollins 2014) and “A Killing at the Creek” (HarperCollins 2015), as well as her upcoming third novel.

The presentation is part of the Ozarks Celebration Festival’s Ozarks Lecture Series.

Allen is native of the Missouri Ozarks and an MSU alumna with a degree in English. She is an attorney and senior instructor of business law at Missouri State. She lives in Springfield with her husband and two children.

She was only the second female prosecutor in Greene County where she tried more than 30 jury trials, including murder, rape and incest. She has served on the Rape Crisis Board and the child protection team of the Child Advocacy Council. She is currently on the board of directors of the Victim Center, an agency which provides free counseling, crisis intervention, and advocacy services for children and adults who are victims of violent and sexual crime in Southwest Missouri. 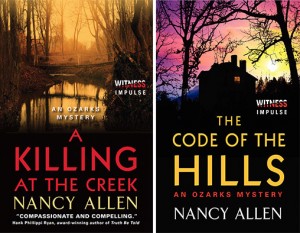 Allen’s books are part of her Ozark Mysteries series which follows the career of fictional prosecutor Elsie Arnold who finds that life in the Ozarks — where beautiful scenery is juxtaposed with a generational history of abuse and code of silence — is more complicated than she expected.

When will she present?

About the lecture series

The Ozarks Lecture Series occurs the week after the Ozarks Celebration Festival and features lectures on the history and culture of the Ozarks. Visit the festival website for more information about the festival including participants and a schedule of events.