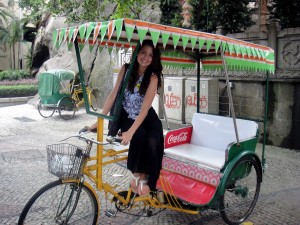 Kris Keilty, who’s working on her MBA, says a study-away trip to Italy forever altered her ideas of what her future might look like.

In the spring of 2011, Keilty — who holds a bachelor’s degree with a double major in marketing and fashion merchandising — spent six months in a study-away program in Milan, Italy. While there, she became increasingly interested in international markets and the ethical and social responsibilities of companies.  “Living in another country opened my eyes to the possibility of living and working abroad.  I traveled to several other countries and began to see my future career possibilities expand,” Keilty states. Keilty learned about the Italian fashion industry and how it was beginning to target buyers in Asia because of emerging wealth. “This really piqued my interest in China and first planted the seed for my future visit,” she explains.

This summer, Keilty participated in a six-week graduate assistantship in Dalian, China, at the Missouri State University branch campus.  “When I got to Dalian, I knew I wanted to immerse myself in the culture and industry.”  Keilty arranged several shadow days with various local corporations and multinational companies.  “This was not something I thought to do in Italy and regretted it when I came home.  While in China, I wanted to see how companies operated and gain a greater understanding of their business models and practices,” she states. The trip wasn’t entirely work, as she had the chance to take part in cultural experiences such as learning to salsa dance in a public park and meeting people from all over the world.  Students she interacted with on the Dalian campus were from Japan, Indonesia, Korea and many other countries. 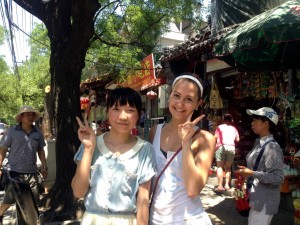 Keilty offers this advice to other students: “Do a part-time internship and job shadow while on study-away if you have the chance.  Give yourself the opportunity to apply what you learn in the classroom because it is not until you are in a business atmosphere that you really see the concepts come to life.”

After her trip to Italy, Keilty completed a few internships including one as a young women’s merchandising and buying assistant. Currently, she is a graduate assistant in the Marketing Department and works part-time as an apprentice for Noble Communications, in Springfield.  During her time at MSU she has been an active volunteer with the Alzheimer’s Association, American Cancer Society, Champion Athletes of the Ozarks, Convoy of Hope, Kids Against Hunger, Ozark Food Harvest and Relay for Life. 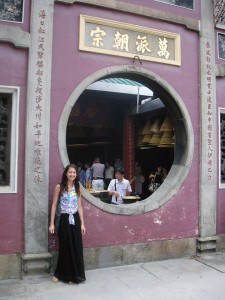 Keilty plans to pursue a career where she can blend knowledge from both of her degrees. “I am looking for a position that will allow me to use what I have learned in my programs and one that is a personal fit with my own ethical and social responsibilities.”