Her husband, who worked for Springfield-based Prime, Inc., suggested they take a fresh start and move away from Virginia.

So AllmondJoy – the daughter of a reverend – turned to her religious roots.

“I said, ‘Lord, You tell me. I don’t know anything about Springfield, Mo.,’” AllmondJoy said. “I typed in, ‘Springfield Missouri University’ and started reading about Missouri State.”

But transferring to Missouri State signaled a career change. AllmondJoy went back to her original passion:  technology and computers.

The 40-something AllmondJoy pursued a major that fit her interests: information technology.

She wasn’t deterred by her age or background as an African-American woman.

“Coming in, my expectation was probably what many people think: It’s a lot of people that don’t look like me, who probably don’t want me there,” she said. “That’s what I assumed about the department.”

Mentors such as Dr. Josh Davis, Dr. Xiang Guo and Dr. Randall Sexton, who guided her.

“I don’t have one (mentor) – I have several. I’m greedy. When I see different professors, who want to help me, I don’t want just one. I need them all. Because I’m new to the industry.”

A campus environment unlike any other.

“I went to school in Wisconsin and Virginia, so I have something to compare MSU to. I must say this is the most nurturing university I’ve ever attended. The sincerity is there.”

Peer support through a student group – the Association of Information Technology Professionals – that enhanced her learning and social network.

“I love them. They’re nurturing. The mentors are there. They’re on the right path. They care. We’re competitive.”

And student success. AllmondJoy was part of a team that had an unprecedented showing at a regional IT competition.

Not wanting to go 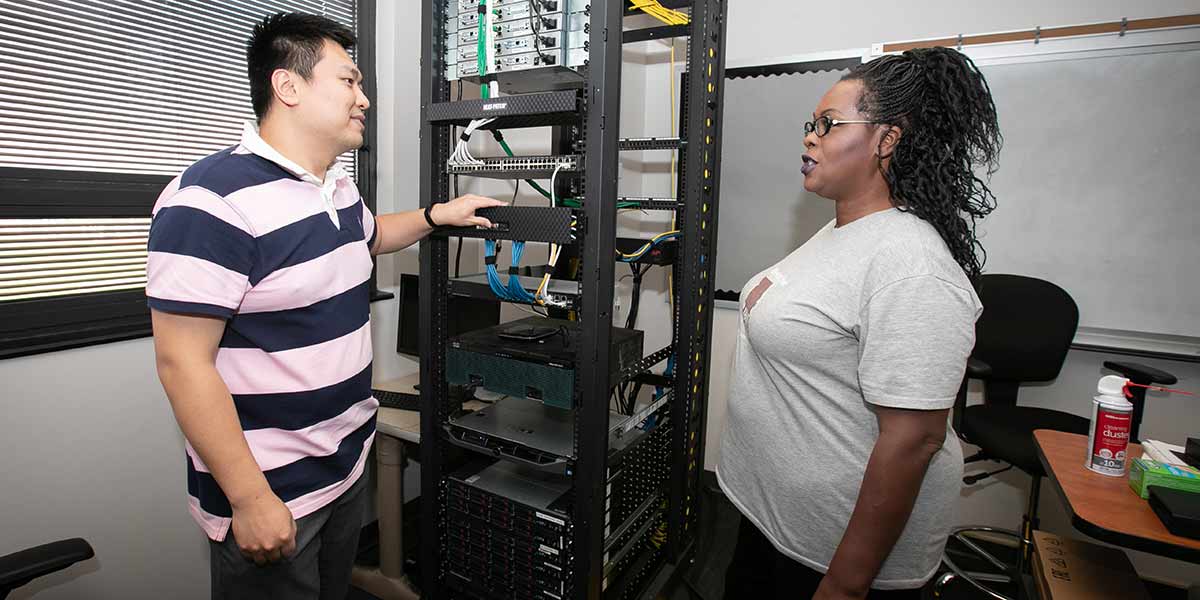 For AllmondJoy, commencement came way too soon. She cried on graduation day.

“I didn’t want to leave the department,” Allmondoy said.

After some encouragement from her husband, AllmondJoy decided to stay and pursue a master’s degree in cybersecurity.

“First and foremost, I love MSU,” she said. “Second, I have a husband who told me to go for it. He said, ‘You’re not going to sit right unless you do one more year. You won’t act right.’”

“I just feel like I’m not going to let anything stop me. I don’t care if it’s social status or racism or economic status, it doesn’t matter. Nothing stops me from doing what I want to do.”

AllmondJoy landed a graduate assistantship that covers her tuition costs.

“I don’t have to pay for anything, and I get a master’s degree,” she said.

She also found time to earn CompTIA certifications, which will help her qualify for more prominent jobs and higher pay after she graduates.

How she wants to give back 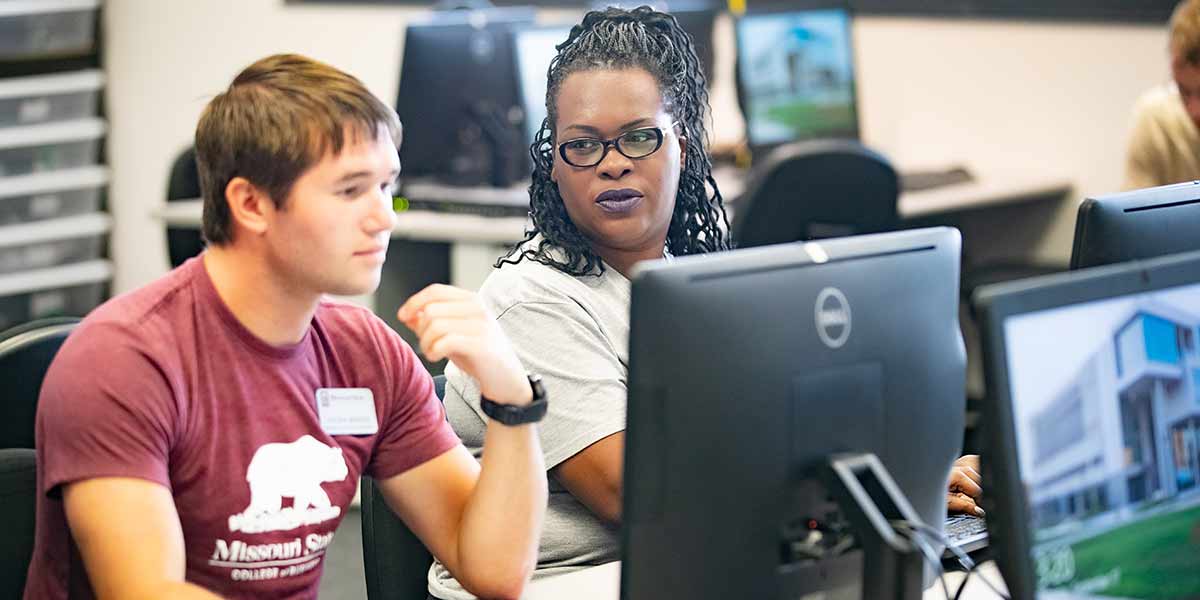 One day, AllmondJoy wants to open a tech school in a low-income area.

Technology is all around us, she says.

“I want to teach people how to get involved in tech,” AllmondJoy said. “Tech is in every field: medical, automotive and more. You can’t run from it.

“I would love to open a school allowing people to gain certification so they can better their income and lives.”