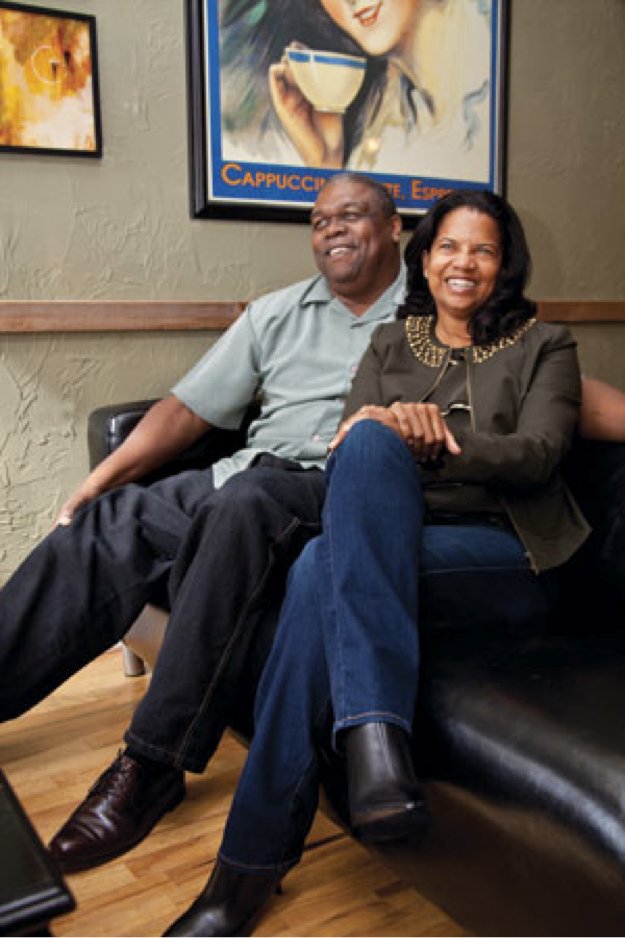 The Pratts are two of the most passionate people you’ll ever meet. They aim to make Springfield a model for the nation for providing opportunities to young people and Historically Excluded Groups (HEGs), and educationally empowering youth. And they’ve accomplished so much in just three years.

Originally from Springfield, Wes moved back in 2007 and was hired at Missouri State University as the Coordinator for Diversity Outreach and Recruitment. Before that, though, one of his proudest moments was while serving as an elected city councilmember, when he established the San Diego Housing Trust Fund. It has provided 10,000 construction jobs; 2,500 permanent jobs and 37,000 affordable housing units since 1989. He also established the Urban Corps of San Diego, a program that has helped thousands of kids achieve education, career training, jobs and more.

Francine, who had commuted for the first three years of her marriage to Wes, officially moved to Springfield in 2009. She has long worked in child support services on both coasts and in Missouri,  and she is now Executive Director of Isabel’s House crisis nursery. She has big goals for the organization, which include having the beds filled very night. Due to our region’s high rate of abuse and neglect, the need is there. They’ve already begun a door-to-door campaign, handing out information about Isabel’s House and characteristics of how some people may be acting towards their children, which is a good indicator that the person may need their services.

As president of the local NAACP chapter, Francine has revamped it and made it more a effective organization. And together they formed a community task force: The Gathering, a group whose goals include empowering youth, building prosperity through entrepreneurship and promoting affordable housing.