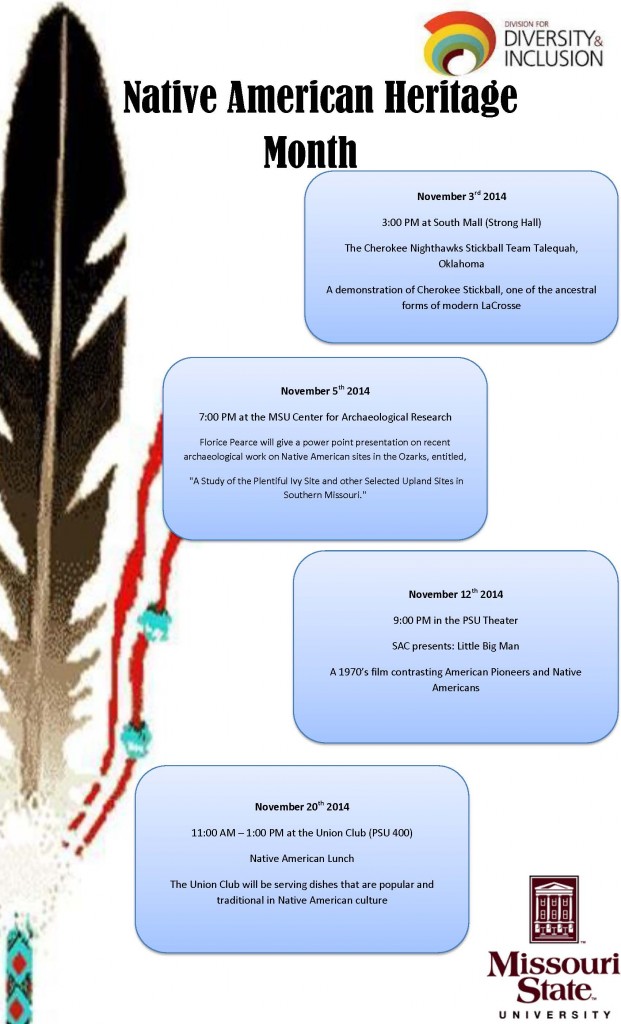 November 5, 2014
7:00 PM at the MSU Center for Archaeological Research
Florice Pearce will give a power point presentation on recent archaeological work on Native American sites in the Ozarks, entitled, “A Study of the Plentiful Ivy Site and other Selected Upland Sites in Southern Missouri.”