Hanuman Jayanti is a very special festival in India celebrating the birth of Lord Hanuman. Hanuman is widely known and worshiped for his unflinching devotion to Lord Rama.

When is hanuman Jayanti 2020? Date, History, Significance and all you need to know, Times of India

Theravada New Year is a Buddhist festival celebrated by followers of the Theravada religion. The celebration takes place on the first full moon day in April, marking the end of one luni-solar calendar year and the beginning of the next.

Celebrations and traditions vary by region, but many use rituals involving water and sand. Each grain of sand represents a wrongdoing, and when the sand is washed away, the bad karma is washed away as well.

Sand hills are built to symbolize Mount Meru, the mountain at the center of the cosmos and home of the gods; Buddha statues are distributed to monks; and in some regions, people pour water on each other and Buddha statues.

Why do only some Buddhists celebrate Theravada New Year?, Beliefnet.com

Lag BaOmer (“33rd day in the Omer) is a festive Jewish holiday that falls on the 33rd day of the Omer – the seven-week period between Passover and Shavuot.

Lag BaOmer provides a break from the semi-mourning restrictions (no parties or events with music, no weddings, no haircuts) that are typically in place for some Jewish communities during the Omer. Many people choose this day to get married or get a haircut.

The Omer has agricultural and spiritual significance – it marks the spring cycle of planting and harvest, and the Israelites’ journey out of slavery in Egypt (Passover) and toward receiving the Torah at Mount Sinai (Shavuot).

In observance of the holiday, bonfires are lit, traditional songs are sung around bonfires and at weddings, Jewish unity and pride is demonstrated through parades and children get their first haircuts, among other ways of celebration. 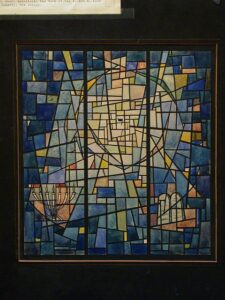