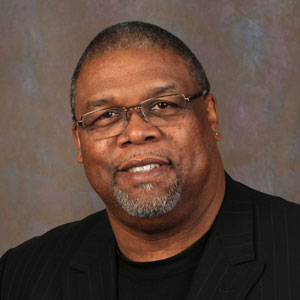 Acting Chief Justice Paul C. Wilson of the Supreme Court of Missouri announced that H. Wes Pratt was reappointed a member of the Commission on Racial and Ethnic Fairness and reappointed a member and appointed co-chair of the Practice of Law Subcommittee for a term ending June 30, 2024, or until his successor is appointed and qualified.  Pratt’s appointment was effective July 1, 2021.  Mr. Pratt has worked at Missouri State University since 2008 and has served as the Assistant to the President/Chief Diversity Officer since January 2016.

Mr. Pratt is a native of Springfield, Missouri.  He attended public schools in the SPS District and graduated from Central High School and Drury University.  He is a lifelong public servant, graduate of the University of San Diego Law School and has served in elected office in the City of San Diego, as well as the Director of the California Conservation Corps for the State of California. Pratt has been an active member of this community and wherever he has resided. Pratt believes that public service is the noblest good and values the inclusion of diversity while promoting inclusive excellence.

Mr. Pratt is also the current President of the Minorities in Business (MIB) Board of Directors and a co-founder of the organization along with local architect John Oke-Thomas and local businessman and professor Dr. Lyle Q. Foster.  Pratt and his wife, Francine, continuously strive to make a positive difference in the community, in public and higher education as well as striving to empower young people.  They are also co-owners of Pratt Consultants, a local consulting firm.

ABOUT the Commission on Racial and Ethnic Fairness (CREF)- CREF was established in 2015 and ordered, “to examine and review current practices and recommend measures to ensure fairness, impartiality, equal access and full participation for participation for racial and ethnic minorities in the judicial process and in the practice law.”