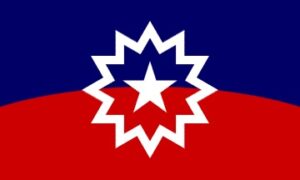 Juneteenth is a holiday celebrated by many Black Americans commemorating the day the people of Texas were informed of the end of slavery in the United States, thereby freeing an estimated 250,000 enslaved people in the state. The Emancipation Proclamation became official on June 19, 1865, but, according to sources, the slow travel of news, the deliberate withholding of information until after the harvest season or possibly the murder of a messenger before his arrival in Texas, caused a two and a half year delay in the news reaching the state.

Also known as Freedom Day or Jubilee Day, Juneteenth is often celebrated with parades and community gatherings and has been considered a time to focus on education and self-improvement with guest speakers and the elders recounting stories and events of the past.

What is Juneteenth?, PBS