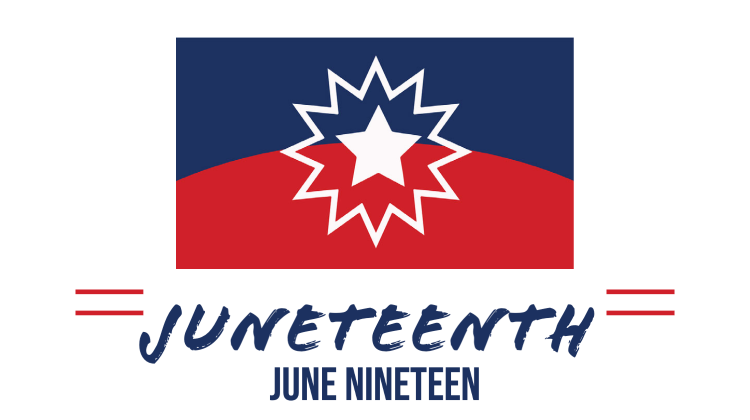 What is Juneteenth? Juneteenth is a celebration of the emancipation of those who were enslaved in the United States. In 1863, President Abraham Lincoln issued the Emancipation Proclamation declaring more than three million slaves living in Confederate states to be free. News of emancipation, however, did not reach Texas until a little more than two years later, on June 19, … END_OF_DOCUMENT_TOKEN_TO_BE_REPLACED 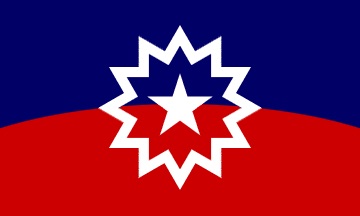 Juneteenth is a holiday celebrated by many Black Americans commemorating the day the people of Texas were informed of the end of slavery in the United States, thereby freeing an estimated 250,000 enslaved people in the state. The Emancipation Proclamation became official on June 19, 1865, but, according to sources, the slow travel of news, the deliberate withholding of … END_OF_DOCUMENT_TOKEN_TO_BE_REPLACED 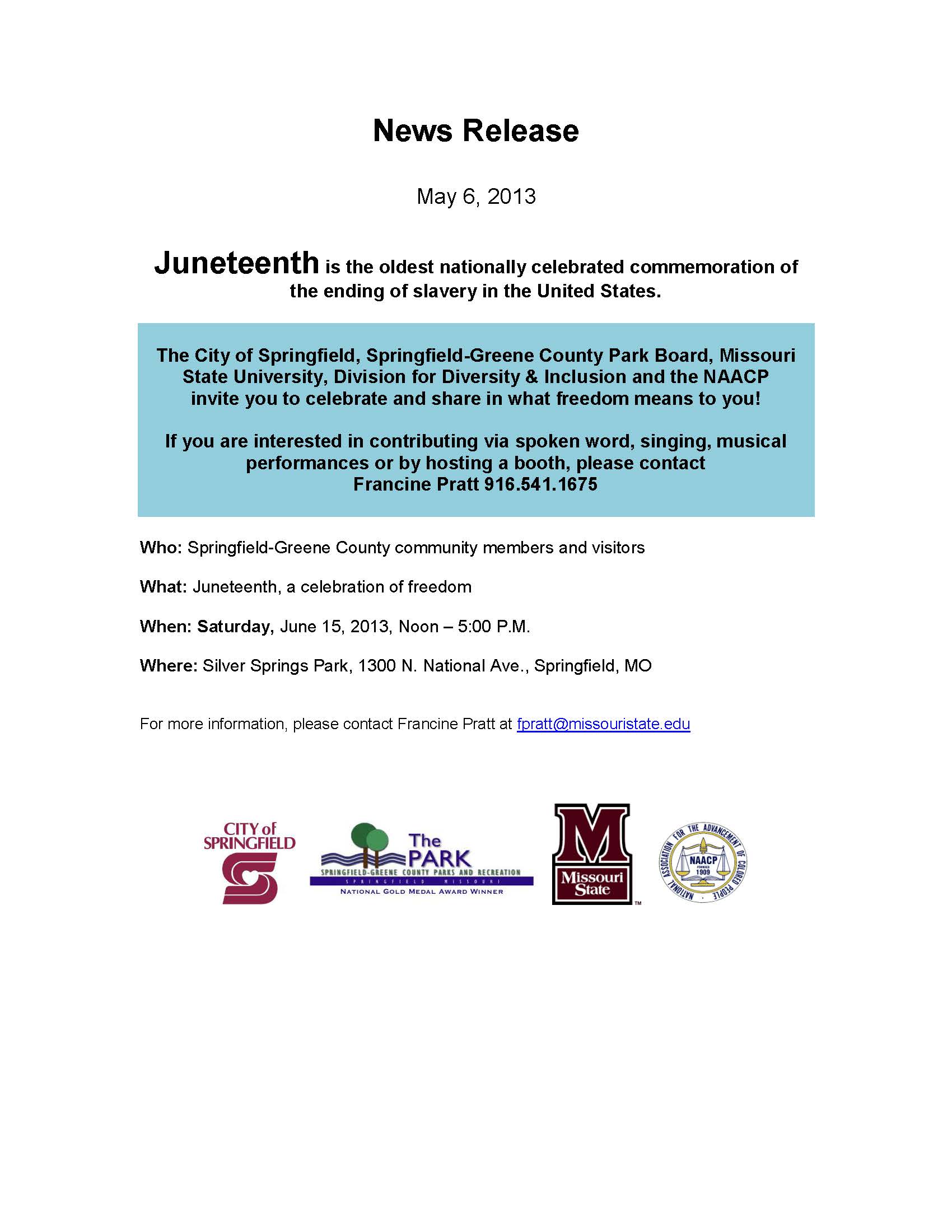 May 6, 2013 Juneteenth is the oldest nationally celebrated commemoration of the ending of slavery in the United States. The City of Springfield-Greene County Park Board, Missouri State University, Division for Diversity & Inclusion and the NAACP invite you to celebrate and share what freedom means to you! If you are interested in contributing via spoken word, singing, … END_OF_DOCUMENT_TOKEN_TO_BE_REPLACED