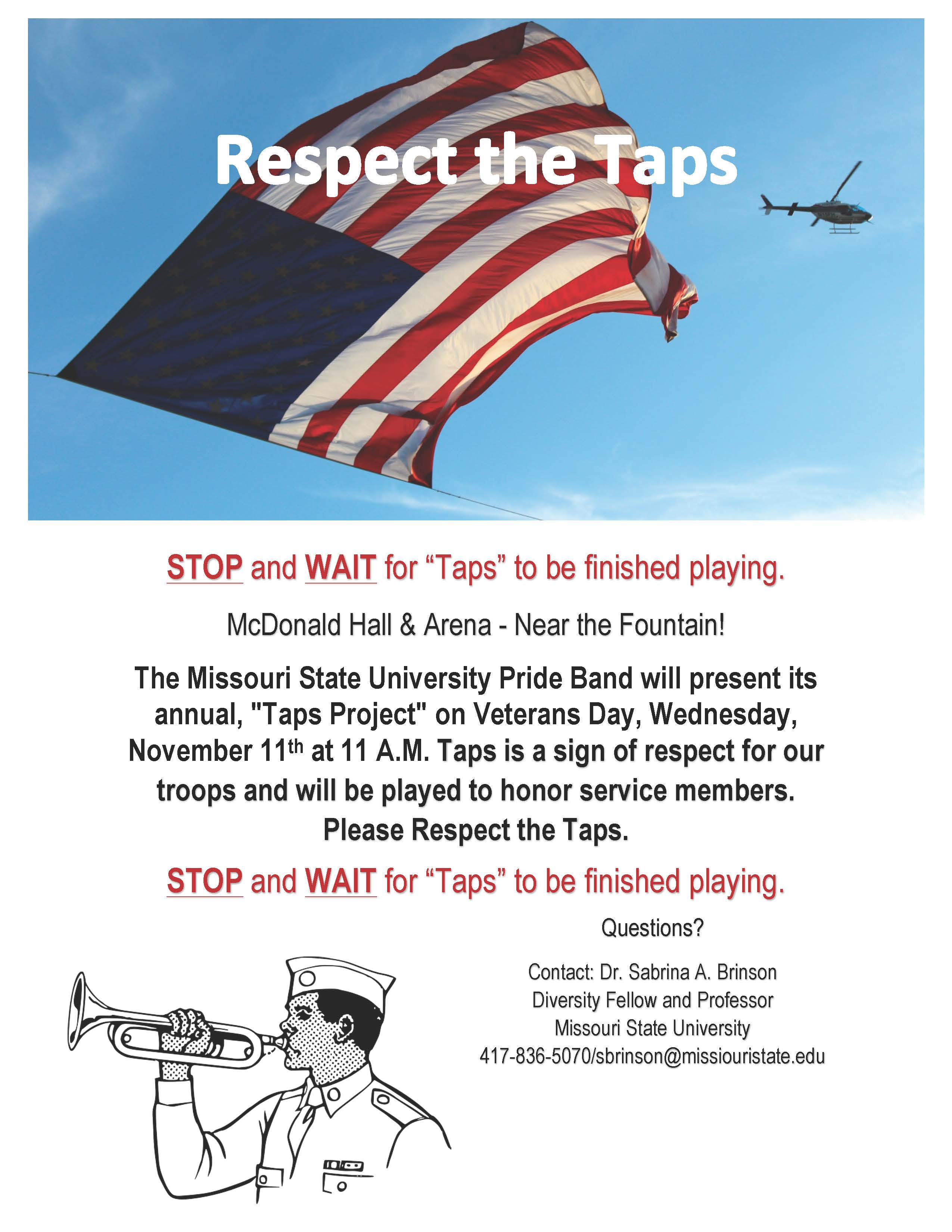 Respect the Taps STOP and WAIT for "Taps" to be finished playing. McDonald Hall & Arena - Near the fountain! The Missouri State University Pride Band will present its annual "Taps Project" on Veterans Day, Wednesday, November 11th at 11:00 a.m. Taps is a sign of respect for our troops and will be played to honor service members. Please respect the … END_OF_DOCUMENT_TOKEN_TO_BE_REPLACED

In honor of Veteran's Day MSU will present the film,Is Anybody Listening? This documentary lets American Veterans speak openly about their war experiences. Instead of ignoring the isolation many veterans experience when they return home, the film focuses on the power of love and connection and the importance of listening wholeheartedly and respectfully to what our veterans have … END_OF_DOCUMENT_TOKEN_TO_BE_REPLACED