Jewish American History Month all day, May 5, 2014 on the entire Campus

The movie will be shown on Wednesday, April 30th and Sunday, May 4th at  9:00 pm at the PSU Theater. See you there. 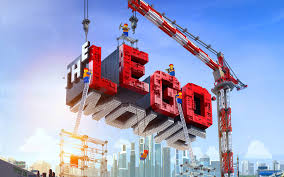 Bears Rally in Ninth to Nip Kansas, 6-5
Late Offensive Explosion Erases Two-Run Deficit as MSU Wins Fifth Straight in Series With Jayhawks
Missouri State rallied from a two-run deficit with three runs in the ninth inning to claim a 6-5 come-from-behind victory over Kansas Wednesday evening at Hoglund Ballpark. The Bears battled back from a 5-3 hole with three consecutive singles in the decisive frame, then benefitted from a critical two-out error to plate the game-winning run.
Softball Falls at No. 15/17 Missouri in Non-Conference Finale
Bears fall at Missouri in non-conference finale, 5-0.
The Missouri State softball team (25-22) got a complete game six hitter from freshman Erin Struemph, but dropped the final non-conference game of the year, 5-0, to No. 15/17 Missouri (36-12) on Wednesday afternoon in Columbia.
Women’s Golf Season Concludes with Sixth Place MVC Finish
Thompson Named to All-Conference Team
Missouri State women’s golf finished the Missouri Valley Conference Championship with a score of 305-303-308–916, which places the Bears in sixth of the ten Valley schools.