Stories, big and small, permeate our daily lives. Not just through words on a page, but through the pieces of gossip we share with our friends and the recipes we use to cook dinner. Everyone is, in some way, a storyteller.

Last spring, Maria Meluso earned a bachelor’s degree in professional writing and a minor in screenwriting, and she plans to make storytelling her profession.

“I guess I’ve always been a writer and a lover of words,” says Maria.  “When I was really little I used to write my own comic books. My parents would read to me when I was a baby and I would memorize the stories. When they would try to skip pages, I would flip back and go ‘read!’”

Reading was a large part of Maria’s family. “When my sister was born, I used to read her books based on the pictures and what I remembered from being read to,” she recalls. “In doing so, I fostered a love of storytelling.”

That love grew as Maria did. “All throughout grade school, I used to write stories in my notebooks and journals — I have a collection in my desk still,” she says. When she reached high school, she began to consider writing professionally.

“I ended up taking a creative writing class, and I had some really great teachers who fostered that love and told me that they saw something in me,” she says.

Maria’s family had a different idea; when she initially toured Missouri State, she intended to study health care or law.

“There was a moment my senior year when I realized how short life is,” Maria remembers. Tragedy hit close to home when a dear friend lost her father. “It just kind of struck me. It told me there’s not a whole lot of time, and I don’t want to spend the time I have doing something I’m not passionate about.” This insight helped Maria choose a career in writing.

“It’s nice to get those moments of reassurance that I’m doing the right thing and I’m good at what I do.”

At Missouri State, she found a passion for technical writing — in addition to her love for creative work.

“I fell in love with technical communication and the idea of audience-focused usability, accessibility and teaching people how to do things, while still being clear and concise,” she says.

Technical writing encompasses many aspects, including document design and web design. “We use language to make ideas accessible for the everyday reader,” Maria says. “We’ll talk to subject matter experts in fields like engineering, technology, science, medicine or business. We’ll then create documentation, such as frequently asked questions or training or manuals, to make sure someone else can understand the information.” For example, Ikea furniture instruction manuals are likely written by someone like Maria.

Meluso’s favorite kind of writing, however, is screenwriting. “Telling that kind of story — being a technician for a film — actually marries my two passions. It’s storytelling at its most usable and accessible.” 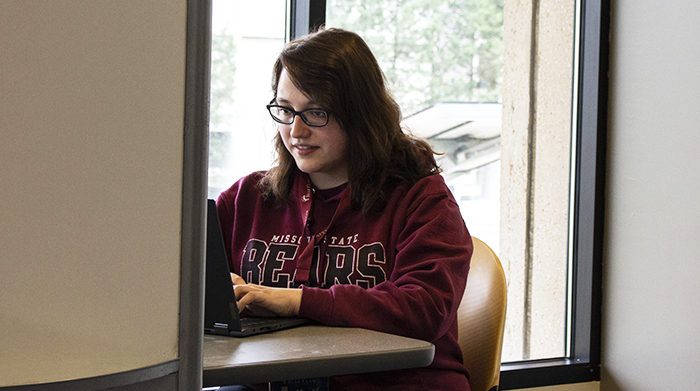 Writing as a technician for film and TV

Meluso served as the head writer for the most recent season of “Show-Me Chefs,” writing all seven episodes. “You’d think that a reality television show doesn’t need a script, but that’s not true,” she laughs. She was also the web designer for the show, responsible for creating a new website, as well as the head social media marketer, running the show’s Facebook, Instagram, and Twitter.

This was Meluso’s first season working on “Show-Me Chefs,” and it was also her first experience with writing for reality television.

“It took time. There were many late-night script writes during filming,” she remembers. “It was a learning curve for sure.” As head writer, Meluso also had to manage the writing staff.

Building on her success with “Show Me-Chefs,” Meluso is interested in exploring other areas of the industry. “I’ve always had an affinity for movie writing,” she clarifies. “I know I can use what I’ve done as part of my portfolio. Who knows? I may end up working on something like ‘Chopped’ or ‘The Bachelor.’ I’m excited to keep going and just learn as best I can.”

Meluso’s next step? Graduate school at Missouri State to continue her journey as a writer.

She elaborates, “My issue is that I never think I’m as good a writer as someone else. You know that imposter syndrome that we get? I think that I’m just kind of faking it and one day someone’s going to realize it and it’s all going to come tumbling down. I don’t necessarily feel that I’m ready yet—I feel I have so much more to learn—but it’s nice to get those moments of reassurance that I’m doing the right thing and I’m good at what I do.”

As Maria’s story at Missouri State begins a new chapter, she reflects on how far she’s come: “I feel like I’ve just gotten more confident, more able to connect ideas, and better at articulating things for a wider audience. I’ve found my voice and style as a writer.”