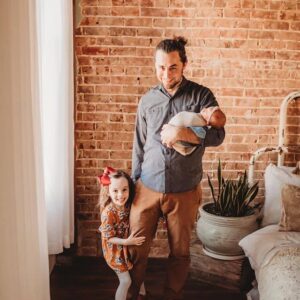 This week the English Department would like to highlight Antony Lepage, a 2013 graduate from the English Department with an emphasis in creative writing, as a Publications Specialist for the Missouri House of Representatives in Jefferson City. His position includes editing and proofreading official documents, from legislative drafts to constituent outreach publications, and using Adobe to create House publications and stationery. He communicates daily with Representatives, their Legislative Assistants, and party leadership to maintain nonpartisan publications, develop district publications for mailings per Representative request, notify them of costs and mailing dates and answer any questions or concerns they may have. He communicates with many people in higher-level positions who are, he joked in a recent interview, usually smarter than he is. Working with these important figures makes his job much more challenging.

For years, however, Antony tried different career paths without feeling satisfied. He worked in a restaurant for several years and enrolled in various college majors, only to drop out later. Nevertheless, he never forgot about his dreams for education and took opportunities to realize them. His path to becoming fulfilled started long before college, though, when he began taking part in different workshops and gatherings on reading and writing. It took him a while to find what he was passionate about and proficient with- reading, writing, and communicating with people from varied social classes. He used to participate in discussion groups regularly and was approaching unconsciously a new direction in his life.

He then decided to study creative writing at Missouri State. Antony emphasized in the interview that English studies had helped him because he had to read extensively, write a lot, discuss every day, be open to criticism, fail, and take part in numerous workshops, which altogether guided him to mastering the craft of writing. As he put it, critical writing classes are all about reading, writing, discussing, critiquing, and participating in workshops on skills related to diverse styles of English. Now he can see the benefits of his studies as he reads and writes notes, emails, and memos daily and provides continuous feedback and criticism while being open to receiving it.

Antony offered advice to students that he emphasized might not seem college-friendly. He strongly recommended that students choose a major which makes them happy, not to be afraid of the job market, and not to look solely for jobs that are advertised. He enthusiastically suggested that students put themselves out there, be vulnerable, not be scared of failing, and plan to learn incessantly. His life shows that whenever a new path caught his attention, he went down that road and started a new route. He had to enter the academic world several times before finally finding his passion. However, he emphasized the role of Missouri State in adequately preparing him for his professional life.

“Keep on going. Be persistent. Before being published, sometimes a writer gets rejected a million times.”

Antony repeated several times that job seekers do not advertise themselves in an adequate way. He expressed that he has heard a lot of people in his workplace or related environments asking frequently how they could find good graduate students in creative writing or other English fields. He has answered them, “They [the English and Writing majors] don’t know that you need them.” Therefore, he advised students to contact different organizations and enterprises, know their audience, and sell themselves. Antony believes that when individuals follow their dreams, relevant jobs come along. His motto for students is “don’t give up—ever.” This is advice he would give to his own children, too: “Keep on going. Be persistent. Before being published, sometimes a writer gets rejected a million times.”

Another point Antony made was to be open to learning. He had never edited before his current job. He did not know the required technical skills but was eager to learn and not horrified of falling down. He suggested that approach is what employers are looking for–to not be afraid of asking questions and learning. He goes to workshops, conferences, and even grammar classes to acquire new knowledge.
Even at 36 years old, married with two children, learning is not finished for him—it is an ongoing process in his life. When he applied for his present job, he explained, “They just wanted to make sure that I was open to learning new things, and guess what? I really was.”

Fatemeh Taheri is an English teacher, graduate student, and graduate assistant at Missouri State University. She is from Iran; she has been teaching English for about 15 years. Also, she is deeply into psychology and happily lives with her son.