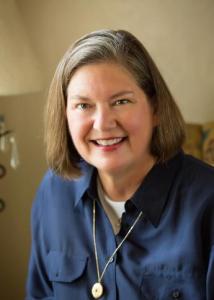 In this installment of the Alum Report, the English Department is proud to highlight the accomplishments of Nancy Allen, a 1978 English Education graduate.

Nancy Allen, a 1978 English Department graduate with a major in English Education, is a novelist who specializes in legal thrillers. Her works include four books in her Ozarks Mystery series, as well as a collaboration with James Patterson entitled Juror #3. She has further collaborations with Patterson in the works, as a new novel, entitled Jailhouse Lawyer, set for release on September 20, 2021. They have already started work on their next legal thriller for 2022. Though she has found much success in her writing, Allen’s path from graduate to author was far from a straight line.

Allen reminisces that as she was finishing her undergraduate degree, she “never envisioned” a career as an author. Instead, she hoped to teach secondary English to high school students. That plan changed when Missouri law schools opened up to women. Allen, then a senior at MSU, decided to take a chance and apply. After earning a law degree from Mizzou in 1980, she went on to practice law for fifteen years. Deciding it was time for a change, Allen returned to MSU and taught law in the College of Business for sixteen years.

It was not until 2010 that Allen decided to try her hand at writing a book. She recalls, “’I’d always wanted to write a book, but I never picked up a pen until I was in my 50’s. Literally picked it up, because I handwrite my manuscripts. I was teaching full time at MSU, and I decided just to do it. I finished it that year. That was the easy part.” Determined to be traditionally published, Allen’s search for a literary agent took longer than the six months she spent writing the manuscript for her first book. “I sent masses of query letters to masses of literary agents who rejected me. It took ten months to find my first literary agent. And that first agent? It was not a successful, lasting relationship. It only lasted a year.”

It took yet another year before Allen was able to find an agent that suited her, and with that agent she landed a publishing deal at Harper-Collins. After that, Allen maintained her momentum by putting out a book per year. She asserts, “Working on a novel for 5 years is lovely, but if you’re a professional writer, you need to crank out a book in a year or you won’t make a living.” 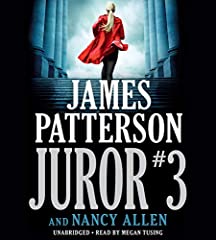 Even writing a book a year will not guarantee an author success or fame. Allen’s advice for aspiring writers is simple and practical. “If you want to be an author, my advice is: don’t quit your day job. It is a very competitive–and you might even say arbitrary—career to break into, and it is really, really hard to get your foot in the door.  You need to be prepared to have something to support yourself other than creative writing. Now, I say follow your dreams. Hang on tight, even when things do not look encouraging. But as far as having the dream of being a paid author, and thinking that is going to make your house payments, buy your groceries, and send your kids to college? That’s where you have to be a bit more savvy.

Despite being surrounded by colleagues who flaunt educations at institutions like Yale, Allen stands firm in her belief on the value of public education. She claims, “I am southwest Missouri born and bred. I come from a family of educators, people with a history in public education. My grandfather was the head of education at MSU, way back when it was Southwest Missouri State Teachers College. My parents both graduated from MSU, my husband graduated from MSU, and my son got his undergraduate and masters [degrees] at MSU.” After a pause, Allen humorously backtracks, “Did I mention before working there, my grandfather also graduated from MSU? I am a great believer in the value of public education. I am proud of it, and I am proud of my family’s long history with it.”

You weave so much of yourself and your life experience into the story you tell. A lot of the author will end up on the page.

One reason for Allen’s pride in public education is her belief that it was an important part of the life experiences that contribute to her writing—just as her years studying law helped make her more capable of writing compelling legal drama. Similarly, her experiences as a child, struggling to find books featuring women, inspired her to give her novels female protagonists.

In sum, Allen considers her long road to authorship something of an asset. She shares, “I guess I could have written a book in my 20’s. But the passage of time and the experiences give a person a certain amount of perspective. Whatever book I would have written in my 20’s would have been a very different novel. Every additional year of life that a person lives, they will have new experiences, heartbreaks, and joys. You weave so much of yourself and your life experience into the story you tell. A lot of the author will end up on the page.” Allen’s journey demonstrates that a student’s future doesn’t have to be set in stone. An English degree can lead to many different paths, even within one person’s life. Allen’s varied jobs and experiences helped make her the writer she is today.

Hank Essman is a second-year graduate student in English with a passion for graphic literature. He has worked as a tour guide for the Laura Ingalls Wilder Historic Home in Mansfield, Missouri, and co-hosted a radio show for a comic book club at Macalester College in St. Paul, Minnesota. He currently helps edit webpages for a Springfield business and is the series editor of the Alum Report.