Guye Goodlow graduated in 2006 from MSU with a Bachelor of Arts in English. He is one of very few English majors ever to also play football for MSU, and he took one of the first online courses offered at MSU.  He went on to business school after graduation and received an MBA in Marketing Management.

Goodlow now works for Ford Motor Company in Marketing, Sales, and Service as a zone manager and, previously, in Ford’s Parts and Service sector, two positions that have allowed him to work directly with customers and in communication with dealerships. He also helps mentor young people in the company. In addition to working for Ford, Goodlow is the founder and Head Coach of the Renaissance City Chargers, an amateur adult football team and nonprofit organization in Detroit. Since 2013, their mission, according to Goodlow, is to “uplift the City of Detroit one citizen at a time via athletics, education, and employment.

Recently Dr. Linda Moser spoke with Goodlow about his experiences at Missouri State and the value of his education as an English major.

From Hip-Hop to Shakespeare 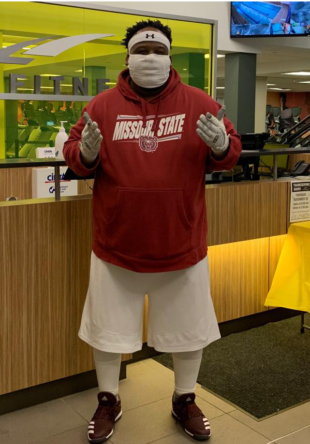 Goodlow decided to pursue English Literature because of his love for music. His favorite assignments had always been ones that allowed him to incorporate his love of hip-hop: “Tupac Shakur is actually why I majored in English. Rap is rhythm combined with poetry. I saw so many parallels between Tupac and Shakespeare. If you look at the catalog of his career, you have comedies, tragedies—his life kind of unfolded like a Shakespearean tragedy.”

“When I first graduated with a degree in English Literature, I was not very—I didn’t feel like I was marketable,” Goodlow explained, “but what I didn’t realize then that I understand now is that it allows you to stand out in a multitude of fields.” He said that being an English major brings out a lot of unexpected skills. “It helped me to excel in the business world because my ability to express myself in so many different styles and to so many different audiences.” He noted that being an English major and the skills he learned showed him how to be “brilliant but brief.” 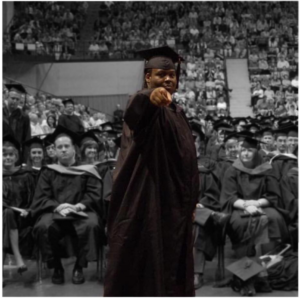 Goodlow also commented on diversity at Missouri State. He discussed what it was like to go to school in 2006, when diversity in colleges was still a novelty, but leaned into the more positive experiences he had with MSU and the English Department:

“Missouri State was not a place that was very diverse, but when I came in, you guys made it feel like it was Harvard or Yale, that we were in a Socratic type of environment where our perspectives and our thoughts were always appreciated. You [Dr. Moser] always made me feel like I was as smart as you were.”

Dr. Moser and Goodlow spent a lot of the interview reminiscing, but a recurring theme was Goodlow’s appreciation of MSU. He spoke with excitement of his time in the English Department:

“I had never been treated by people who didn’t look like me the way I was treated there … You didn’t care what I looked like or where I was from, you thought I was a student and you respected me, and I value that. Anybody who wants to come through MSU, I’m happy to be a billboard, a card carrier for the program because people talk about inclusion now, but you guys cared before that. You guys cared back in ’05 … I can’t say enough about the experience I got in the classroom.”