The peaceful 250-acre plot of land near Fair Grove looks like many farms in the Ozarks. There’s a barn, a garden, wooden fence posts and animals wandering languidly.

That is, until you enter the building that has a chapel. Not many farms have a building dedicated to healing and finding a higher spirit, with artwork and ceremonial objects celebrating many of the world’s religious traditions. 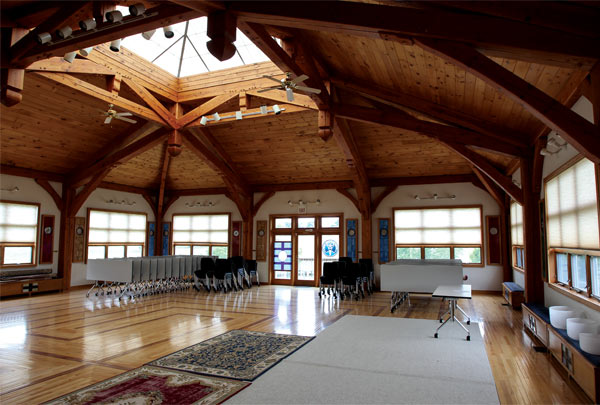 The chapel has statues of Krishna, Ganesh and Shiva. There are depictions of Christian and Jewish philosophies. There are meditation bowls. One piece of furniture has a marble surface sourced from the same place as marble used in the Taj Mahal. The chapel’s floor has a Navajo-style labyrinth, a pattern intended to be walked as a path. The stained glass windows show astrological signs and religious symbols.

This building, the former conference center of the Holos Insititute of Health, also has libraries, conference rooms, offices and more.

The land, livestock, conference center and other structures were all part of a gift to Missouri State from Dr. C. Norman Shealy, the president of the Holos Institute.

Shealy, who blends traditional medicine, alternative treatments and psychology, has credentials and accolades on the walls of Holos Institute: A degree from Duke University’s School of Medicine. A doctorate of philosophy in psychology from the Saybrook Institute. A listing in the Guide to America’s Top Surgeons. A framed photo of the 1991 Missouri State (then SMSU ) world-champion racquetball team — he was the team’s physician from 1991-94.

Shealy has been involved with medicine and healing since the 1950s when he entered medical school at age 16.

“To me, there is only one purpose in life, and that is to help other people,” he said.

He has studied, been a fellow, taught or practiced at places including Washington University in St. Louis, Harvard University, Western Reserve University and other institutions.

Shortly after earning his degree at Duke, he realized pain was the most common patient symptom — but that few medical professionals specialized in it. He delved into the topic, and his research convinced him that folk remedies had as much to offer as narcotic medications.

He acquired an interest in holistic and alternative medicine, such as meditation, acupuncture, mysticism, color therapy, sound therapy and energy healing.

He opened a pain management clinic in Wisconsin and began to develop methods and devices to treat pain — he now holds more than 10 U.S. patents.

He saw a strong connection between body, mind and spirit, and, believing there to be a link between pain and mental issues such as depression, he went back to school. He earned a psychology degree in 1977 and began to teach and practice  psychology at colleges and clinics.

Shealy says being conscientious means being orderly, prepared and organized. He believes conscientiousness is the number-one determiner of health, income and longevity.

“And as far as I can tell, only 3 percent of people are what I would call optimally conscientious. … Therefore, we have what I call a lot of irresponsible people. And although there is a huge amount of research on conscientiousness, not much research has looked at how can we help people who are not conscientious become so.”

He now writes books and gives workshops all around the nation and world, talking about conscientiousness and about the products he has developed for mental, spiritual and physical health.

Deciding to give land and facilities to Missouri State

Shealy and his wife Mary-Charlotte moved to the land in Fair Grove in 1982.

Mary-Charlotte — or “Chardy,” as she was known by everyone before she passed away in 2011, was a horse-riding instructor who primarily worked with adults who were using riding as therapy after some form of trauma.

The Shealys needed land for their herd of horses and wanted to live somewhere in the central U.S. Missouri fit the bill: “It’s a gorgeous state,” Shealy said. Once they moved to the land, Shealy also built facilities so he could continue his research and host events.

He gave the land and buildings, valued at more than $2 million, to Missouri State in late 2012.

“My wife and I never wanted the farm divided,” he said, and he wanted students and psychology faculty to carry on his research into conscientiousness. 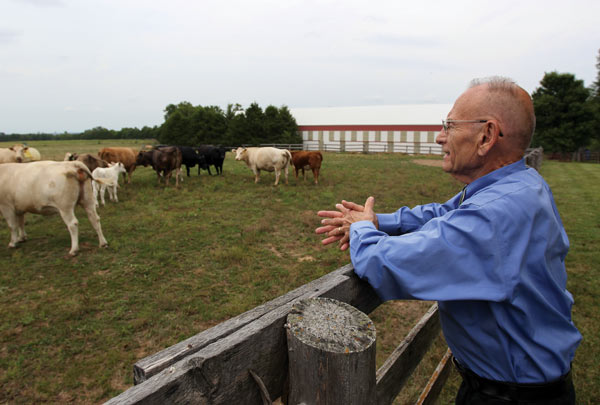 First, he has a herd of beefalo, which are a cross between beef cattle and buffalo.

“Faculty and students at MSU are excited about the Shealy farm gift, which will be an asset for hands-on learning activities and research,” said Dr. Anson Elliot, head of the School of Agriculture.

Shealy also established the Mary-Charlotte Bayles Shealy Chair in Conscientious Psychology. “Somebody has to carry on this research,” Shealy said. “Even if I live another 20 years or more, I think this is something that is going to take 100 years.”

He hopes the faculty member who is the chair, and the students who study with that person, will develop an enthusiasm both for life and for working in this field.

Shealy said he hopes Missouri State psychology students will explore ways to assist people who were not adequately nurtured, who have low self-esteem and feel angry, depressed and abandoned. He thinks advancements in this field could allow some people to make more of their lives and feel happier.

“Conscientiousness is training people to help themselves,” he said, “so that they can help other people.”

You can find this and other donor stories in our Foundation Annual Report 2013.