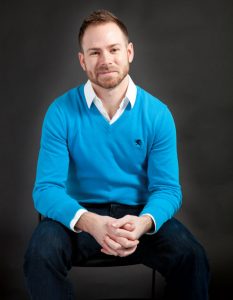 As I walked down Park Central East toward the square, I overheard a conversation going on between two gentlemen near Civil Kitchen. They were discussing the best way to unload a truck without getting in the way of traffic or side doors down the alleyway.

Too bad the city planners of the past couldn’t have foreseen this issue and created a larger alley, I thought to myself as I passed by and continued toward the Center for Resource Planning and Management, or CRPM.

It’s issues like these that CRPM addresses—zoning, buildings, streets and alleyways. By engaging with the public and the government, CRPM helps to plan new buildings, structures, and even streets and thoroughfares.

Jason Ray, director of CRPM since summer 2016, was my interviewee. Before coming to Missouri State, Ray worked at the Harry S. Truman Coordinating Council (HSTCC) starting in 2010. His duties included comprehensive, land use and environmental planning as well as extensive management responsibilities.

But he unexpectedly gained a host of real-world experience in May 2011 when the Joplin tornado ravaged that community. Disaster recovery of that magnitude was trial by fire.

“That catapulted my responsibilities, and I ended up working on a lot of high-profile projects through Disaster Recovery as well as some other projects throughout the region,” said Ray. “I ended up becoming a general program manager for them, and then in 2014 became deputy director of the organization when our executive director retired and we hired a new one.”

In May 2015, Ray began work at CRPM as a planner managing a transportation planning program for a 10-county region. He also scoped and managed new planning programs until his promotion.

Ray enjoys his work and appreciates the support he gets from all over campus.

“No other regional planning commission in Missouri, or maybe even the nation, has a support system like we do, since we’re the only one that’s housed within a university,” Ray said. “I can’t imagine trying to figure out running this organization pretty much on my own, without having those resources. It’s been incredibly valuable for me, personally and professionally, to have that support network.” 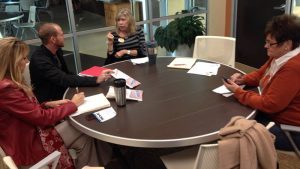 Figuring out the system

Since taking on this role, Ray has been figuring out the best way to have CRPM interact with SMCOG (pronounced sim-cog), or the Southwest Missouri Council of Governments. SMCOG is administered by CRPM, so Ray is the executive director for SMCOG as well.

“The state of Missouri is divided up into 19 different councils of governments. The Southwest Missouri Council of Governments has a 10-county geographic region around Springfield,” Ray told me. “So SMCOG has a Board of Directors that’s made up of representatives from local governments. So, mayors, city council members, county commissioners or their staff.”

This Board of Directors guides some of the planning projects for the region. Ray’s main responsibility is to run SMCOG and the projects that come along with it.

“As for CRPM, we’re currently trying to boost our planning research efforts and get faculty more involved with that. Primarily, though, we have state and federal grants for which we do regional planning projects for,” said Ray.

As the conversation wound down, Ray offered to lead me out the back entrance to save me from walking around the entire building on my way back. I agreed and thanked him, and as he led me through the building he introduced me to each of his team members. He opened the back door and thanked me again, of which I returned the gesture.

As the door closed behind me I noticed the truck from earlier had unloaded and left, leaving no trace of minor struggle that had gone on earlier. Luckily, people like Ray and organizations like CRPM are working to avoid such struggles and are planning for a better future, I thought as I made my way back to the office.