No, he wasn’t on vacation. He was studying geysers and how they work.

Getting into hot water

Mickus, distinguished professor of geology, started each day with the geysers.

“I took my readings from 4-9 a.m. It is really nice to be there so early in the morning when nobody else is there,” Mickus said. “Plus, I was there long enough so I get to see most of the geysers go off.”

Mickus took many geophysical measurements. He measured gravity to look at density variations of the subsurface rocks. He took magnetic data that assesses the magnetic minerals in the rocks. Finally, he took electromagnetic data to measure how electrical fields conduct within rocks. 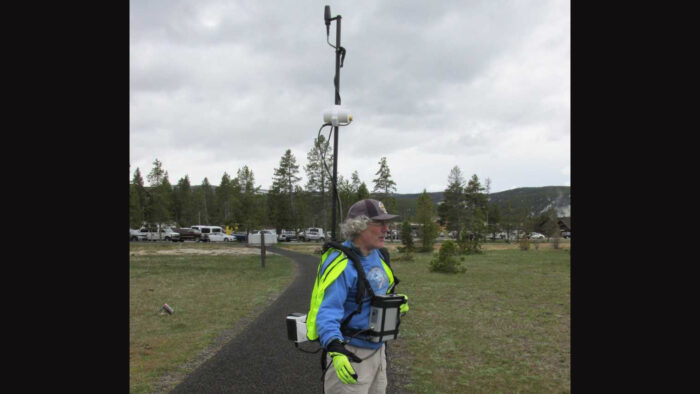 “We are trying to understand how geysers work,” Mickus said. “The geophysical methods will give us an idea what the rocks look like in the subsurface and where the water that feeds the geysers is located.”

Mickus said the most fascinating part of his research was learning that Old Faithful’s water source may not be directly under the geyser, but to the northwest. This region has the lowest gravity values. This may be relatedto the large volumes of subsurface water and also may be the hottest area.

“Knowing the makeup of the subsurface will help us better understand how the geysers work,” Mickus said.