My thoughts going into the class were about 50/50, in that I knew it would be beneficial for what I want to do later in my life, but I also knew that gender issues can be a little touchy sometimes and I also thought it may be a little boring. With that being said, I wasn’t overly excited for the class, but I was interested in what it would include nonetheless.

My first impression of Dr. Walker was that she seemed very nice and pretty easy going. However, when she told us that she was a feminist, I was a little worried, especially with the class being on gender issues.

When we went over the syllabus, I was a little nervous, as it seemed like we would have quite a few larger projects and then tests instead of smaller assignments. I was pretty excited about having in class debates, because I had done debate in high school and really enjoyed it. I also was nervous about the class only being once a week, because there’s a lot of material covered each class when the schedule is that way. My experience was a lot different in this class than most people’s, because I ended up having to get disability accommodations because of the effects my anxiety and depression were having on me. Dr. Walker was really understanding with my situation and really did a lot to work with me and help as much as she could, which you won’t find in all professors.

One of the class topics that I really learned a lot from and changed my perspective on things that so many older adults are dealing with was alcohol and substance abuse. Until you take a class like this or other classes pertaining to older adults, you really aren’t subjected to material such as this. One statistic that was really shocking to me was from The Substance Abuse and Mental Health Services Administration, stating that about 3 out of 10 older adults aged 57-85 are on at least 5 prescriptions. I knew that older adults had to take medications for thinks such as blood pressure and conditions causing pain but I had no idea they take so many at once. Another statistic that was really alarming was that lesbian, gay, and bisexual (LGB) men and women over 50 are more likely to drink excessively than their straight peers. According to the National Health, Aging, and Sexuality/Gender Study, 1 in 5 LGB participants had engaged in high-risk drinking in the past 30 days. This really showed how hard members of the LGBTQ community have it and the effect that their hardships have on their lives. Even with me having a gay uncle, I don’t think I ever really took what they go through too seriously until taking this class.

Another topic in this class that was really enlightening was sexual assault and domestic violence. Like most others, when thinking about sexual assault and domestic violence in later life, it doesn’t seem like it would really be that big of an issue. We actually discussed these common myths in class, like how most think that older adults really never get sexually assaulted because no one really finds them sexually attractive. Another myth that is commonly shared by many is that men aren’t victims of sexual assault. These are things that I probably would have said too before having taken this class. They are things that you learn are very inaccurate in this class, and in actuality, 2-6.8% of women 50 years and older are victims of sexual assault, and that number isn’t even completely accurate because so many cases go unreported. This topic is one that is very hard to learn about, but also very important for people to realize is actually happening. The more people that are knowledgeable about sexual assault in later life, the more help there is to try and prevent it from happening or catch it before early to stop it before it continues. 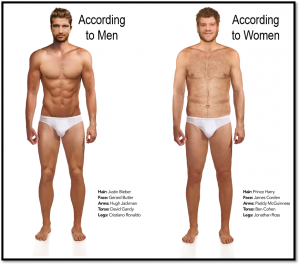 This was important because we saw that most beauty ideals that we have for ourselves aren’t the same as what others view as important in a partner. It was also extremely interesting to see the statistics on plastic surgery. I would have expected that people aged 20-50 had the highest rates of plastic surgery, but I was really surprised to find out that it is actually people aged 40-54 that make up the highest percentage at 34% and that people aged 55 and over account for 24% percent of those getting plastic surgery. Most people just try not to think about how their body will age until they’re seeing it in the mirror, which is why I think it’s important to know what could change in your appearance and to know that it’s normal.

Another topic that I found really interesting and enlightening was sexuality in older adults. This is one of those topics that most people never want to think about and definitely don’t want to talk with older adults about, but I got the chance to break the stigma and do just that because of this class. For the service learning assignment in the class, we were given a topic in which we would create a brochure and present on with a partner at the Senior Health Expo here in town. There were hundreds of older adults there to learn about all of the different concerns and resources they could from local vendors. My partner and I were tasked with teaching about the sexual concerns of older adult men. This was not only extremely important, because of the lack of communication that older adults have on the subject, but it was also a lot of fun and taught us a lot. We had some really creative shirts advertising exactly what we were there to talk about, older adults having sex. The shirts were great attention getters and really helped us be able to approach people and hand them a brochure and to be more comfortable with talking about a topic that can be a little embarrassing for them to talk about. We showed them that it wasn’t something we were embarrassed about so they didn’t feel embarrassed either. I would say this is probably the number one reason I would tell others to take this class. Especially for those who like being around and talking with older adults, it was really a great way to get some practice if you’re wanting to go into a career with older adults and will help you get more comfortable in doing so.

Thank you for taking the time to read what I had to say about the Psychology 354 course and I hope this will convince you to give it a shot!