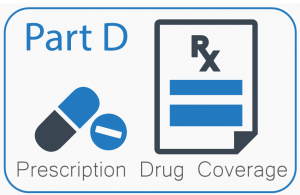 This post was written by Nicole Berg, an undergraduate majoring in both psychology and gerontology.

Medicare Part D is an optional program under Medicare that offers prescription drug coverage, offered by private insurance companies, and can be added several different ways.2  Two common ways are to add Part D coverage to original Medicare (Parts A and B) or by signing up for a Medicare Advantage Plan, also called Part C.3  Many people may also have prescription drug coverage through their employer, union, or Medigap policy.3  These plans may affect coverage by Medicare Part D so it is important that eligible enrollees compare and understand how coverage by these additional plans will affect their Medicare Part D coverage.3

In 2008, Part D members paid a deductible up to $405.4  This meant that members must first pay this amount before prescription drug benefits begin. After that, initial coverage begins with the enrollee paying 25%.4 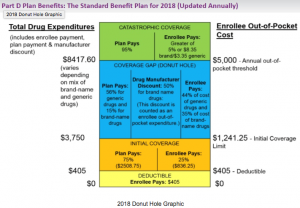 At the end of the initial coverage limit, the enrollee’s out of pocket costs including the initial deductible are $1241.25.4  In addition to your payment of $1241.25, additional payments are being made on your behalf by insurance companies, the prescription drug companies, and the federal government and those payments total $3,750.4  It is at this time that you enter the coverage gap, known as the “donut hole.”4 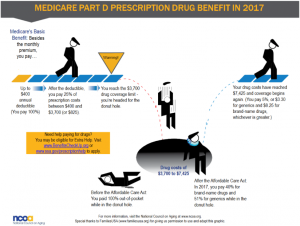 Once an enrollee enters this coverage gap, their out of pocket costs jump from 25% to 44% for generic drugs and 35% for brand-name drugs, which can result in an annual out-of-pocket cost of $5,000 and payments made on the enrollees behalf that total $8417.60.4  Once the enrollee finally meets the $5,000 out-of-pocket threshold they enter the catastrophic coverage rate and then pay the greater cost of 5% or $8.35 for brand-name drugs and $3.35 for generic drugs.4

Medicare Part D was formed in 2006 and the coverage gap “donut hole” has been around since its inception.6  Prior to the Affordable Care Act (ACA) enrollees paid 100% out-of-pocket drug costs until reaching the catastrophic coverage rate.6  Part of the goal of the ACA was to close the gap by 2020 by decreasing the percentage rate of out-of-pocket costs until reaching 25% of prescription drug costs every year going forward.6 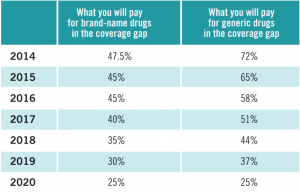 Does the Coverage Gap Affect Everyone?

No, it does not.  Not every person will have prescription drugs that cost more than $3,750 in 2018.  Some of the employee and union plans mentioned earlier offer benefits that cover some, or all, of the coverage gap.7  Other people may live in a state that offers a state pharmacy assistance program.7  There are Medicare prescription drug plans that cover mostly generic drugs during the gap, but are offered at a higher premium.7 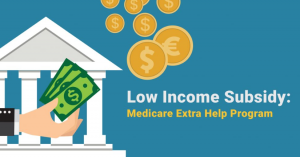 Medicare has levels of “Extra Help” aimed to assist enrollees in prescription drug plans with limited incomes.8  If someone has full Medicaid coverage, gets help from their state Medicaid program for Part B premiums, or gets Supplemental Security Income benefits, they automatically qualify for Extra Help.9  There are also levels of Extra Help that are dependent on your income that can offer partial Extra Help.8