This post was written by Britney White (Pontecorvo), an undergraduate majoring in psychology and gerontology. 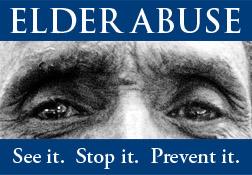 Japanese citizens have one of the highest average lifespans in the world with females living on average to be 85.49 years old and men living on average to be 78.53 years old (Watanabe, 2008).  According to the Ministry of Health, Labor, and Welfare in 2008, more than 20% of the population was 65 years old or older – totaling around 28.22 million Japanese citizens. With so many older adults in Japan, it has become customary for the first-born son to care for his eldering parents (Kanno, 2011). Unfortunately, taking on the responsibility of caring for a vulnerable older adult opens to the door to the potential for abuse. Although abuse is typically considered an issue for childhood, abuse can happen at any point over the course of a person’s life. Japan has taken a stand in order to reverse the problem of elder abuse in their country.

Statistics of Elder Abuse in Japan

The act has gone further with its prevention techniques to not only define the types of abuse older adults may face but they also made clear the responsibilities of the government at a local and national level for preventing elder abuse and supporting caregivers (Kanno, 2011). The act has made it required that every health care member must make efforts to intervene when they suspect elder abuse may be occurring and must report their suspicions to the proper authority.

Statistics of Elder Abuse in the United States

In the United States, The Office of Disease Prevention and Health Promotion estimates that 14.5% of the population is older adults 65 or older which adds up to about 46.3 million individuals. By the year 2060, the percentage will have grown to 23.5% of the population being 65 or older which adds up to 98 million individuals. It is estimated that 2.1 million of those older adults are the victims of abuse (Province, 2012). Many cases of abuse are brought about by family members; therefore, many cases of abuse are not reported. It is likely that cases of elder abuse happening in the United States could be happening two or three times more frequently than the current numbers show because of under reporting.

The Elder Justice Act in the United States

In March of 2010, The Elder Justice Act was brought into law as part of the Patient Protection and Affordable Care Act which were designed to aid in the efforts to prevent and respond to abuse, neglect, and exploitation of older adults in the United States (O’Shaughnessy, 2010). The Elder Justice Act established the requirement of every person employed by or associated with a long-term care facility as an owner, operator, employee, manager, agency, or contractor to report any reasonable suspicion of a crime against facility residents to the Secretary of Health and Human Services and to local law enforcement (O’Shaughnessy, 2010).

When making a report of a crime against facility residents there are strict guidelines: