This post was written by Anna Hale, an undergraduate student majoring in gerontology.

Is Pete Buttigieg Too Young to Know What’s Best for Older Adults? 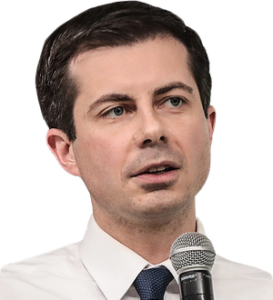 Pete Buttigieg has been mayor of South Bend, Indiana since 2012 and is currently running for President in the 2020 election. He is a Harvard graduate, Rhodes Scholar at Oxford, and former Lieutenant in the U.S. Navy Reserve1. He is also only 37 years old, making him the youngest out of all the 2020 presidential candidates and if elected he will be the youngest president to ever serve. Buttigieg has been winning over the hearts of younger generations during his campaign trail, but does Buttigieg’s young age make him unable to understand the needs of the nation’s older adults?

Medicare for All Who Want It

Buttigieg believes that the current health care system we have today is unjust and people are paying far more than they should. His plan is to allow Medicare for all who want it, however if American’s would like to stick with a private insurance they will still have that option. Buttigieg’s plan will put a cap on out of pocket spending for older adults and provide even lower caps for low income older adults2. The current Medicare program in place does not have any caps put in place, allowing older adults to be put at risk for spending all of their savings on medical related issues. Buttigieg does not believe that older adults should face financial debt just by visiting the doctor or paying for medication, his plan would help put a stop to that.

Older adults are more likely to be living with a variety of diseases or illnesses requiring them to be on a long list of prescription drugs. The prices for all of those prescriptions can add up fast resulting in older adults sometimes opting out of taking one to save money. Buttigieg’s plan to cut the costs and allow older adults on Medicare to pay no more than $200 a month is a step in the right direction for helping older adults. He plans to pay for this by rolling back recent corporate tax cuts and by allowing the federal government to negotiate new drug prices with pharmaceutical companies. 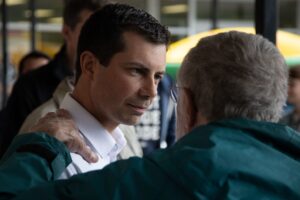 The 2012 U.S. Census found that 12.4 million people 65 or older were veterans3. Like many older adults Buttigieg is also a veteran. He has stated that he believes our nation has done far too little to care for those who have put their lives on the line to protect us. Buttigieg says it is our duty to take care of our veterans and he plans do just that. He has pledged to increase access to quality of care, reject that privatization of the VA, lower wait times for any and all services, end staff shortages, and work to make the disability claims system easier to understand and navigate. Buttigieg also wants to invest in more into treating the mental health of our veterans which is one of the most important issues our veterans are facing today that many chose not to acknowledge4.

Since 2012 we can only imagine that number has gone up tremendously as more and more people are turning 65 every day. With that large of the older adult population being veterans these changes Pete wants to make would have a huge impact on the lives of older adults.

Buttigieg has not fully released all of his plans for the changes he wants to make to the Social Security system. However, he has come out and said his proposal will include raising the cap for income that one would have to pay payroll taxes on. The current cap is approximately $130,000 and Buttigieg plans to raise that cap to $250,000 5. Raising the cap means that individuals who make up to $250,000 would be taxed on that income as well, meaning they would pay more money into social security. This raise of the cap would only affect individuals who have an income between $130,000 and $250,000 because they have never been taxed on that level of their income before and this new cap would require them to pay social security taxes on that income as well. By raising the cap, it will allow for more income to be taxed meaning more money would be brought into the Social Security fund allowing for older adults to potentially receive more benefits and for the funds to not run out like predicted.