The communication department tries to highlight the successes its students find beyond their education at Missouri State. Here are three graduate students entering into post-graduate programs in the coming year: 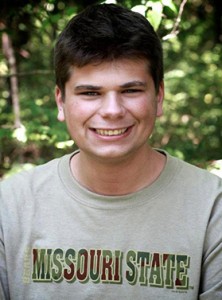 Tucker Robinson will begin the communication doctoral program at the University of Missouri in fall 2016. He will specifically be studying under the interpersonal and family communication division.

He is following in the footsteps of many family members by choosing Mizzou: “Both of my parents and one of my sisters got their graduate degrees at one of the four Mizzou campuses”

Robinson said he’s excited to work with the Mizzou’s Institute of Family Diversity and Communication, a group of scholars that examine how families in today’s society handle different types of issues.

As for his career, he said he plans to continue teaching in the communication field.

“I’ve been teaching for a couple of years now, and I love it. Ultimately, I want to continue to teach, research and contribute to the field that I’ve loved for the last five years.” 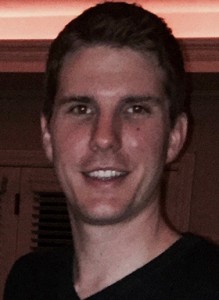 Nickols one of two accepted to program

Of 70 applicants, Nick Nickols was one of two accepted into University of Colorado Boulder’s discourse and society area of study under its communication doctoral program. He is set to begin in fall 2016.

“Being accepted to such a competitive program is a great honor. For the last two years I have been focused on Ph.D. programs, and CU-Boulder has been my top pick. To get in seems almost unreal!”

Nickols said his Missouri State education in the communication department offered him the research and academic opportunities that made him a competitive doctoral candidate.

He said he hopes to spend his time at CU-Boulder working with leaders in the communication field and preparing him to teach at a research-intensive university where he can explore new concepts and help his future students gain new perspectives.

“Being a professor has always been something I wanted to do.”

Nickols said he has family in the Aspen and Denver areas, lending another appeal to moving to Boulder to finish his academic career. 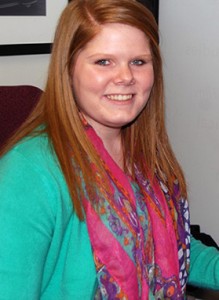 The program is an effort under the Ulster’s International Conflict Research Institute.

Moore, who earned the 2015 Distinguished Teaching Assistant Award as a Missouri State graduate teaching assistant, said she hopes to gain a cultural perspective of conflict, as well as a practical application with an emphasis on community outreach.

“I think that studying abroad will give me a greater sense of how the study of conflict and peace is viewed around the world and the impact it has had on a culture that was once living in conflict.”

After graduation, Moore is considering a Ph.D. in the fields of conflict or communication. She said she is also interested in work as an organizational ombudsman, assisting with conflict in the workplace.