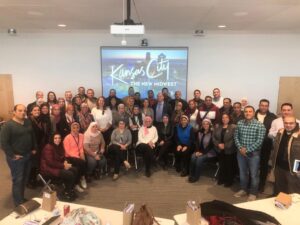 In November 2019, International Leadership and Training Center (ILTC) and its training partner provider, IBDL, Cairo, Egypt, designed and implemented the Government Leadership Development Program (GLDP) for Egyptian national government leaders. Participants received two-week training at Missouri State University with visits to points of interest around the state of Missouri. They will finish the program in Cairo by the end of December.

The goal of GDLP is to provide applied concepts and leadership tools to upper level government administrators in an ongoing effort to transform national government ministries in Egypt. This re-engineering plan includes the building of an entirely new capital city and administrative zone east of Greater Cairo.

A second and a third group are slated to come to ILTC in February and in March 2020, respectively. Two other programs for Egyptian leaders are in the works for ILTC and IBDL, also to be held sometime in spring 2020.

After the successful completion of the Egyptian program, ILTC also welcomed 22 members of Central Commission for Information and Education from Vietnam for a Public Opinion Collection and Measurement training program.

From December 1 to 13, participants spent half of the time receiving training at Missouri State, Drury University, Columbia University and American University.

They also had the chance to visit City Hall in Springfield and Vietnam Embassy in Washington DC, and they were able to meet with representatives of Research and Development (RAND) and United Nations (UN) in Washington DC and New York City. 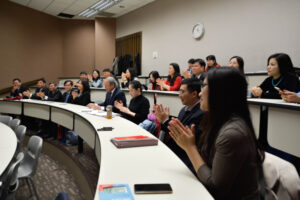 Based on the feedback from participants, they learned more about data collection and measurement for public opinion research, and gained awareness of misinformation, disinformation and mal-information.