There are times you can notice or see a very small part of a situation, a concept, or a problem, it is not entirely visible. But, that small portion enables you to imagine or anticipate how big or serious the issue could be.

Icebergs are infamous for being much bigger underneath the water than what is seen over its surface. This makes the situation dangerous for ships trying to access their navigation path around icebergs since a bigger mass that cannot be seen may hurt the ship and cause it to sink. ‘The Titanic’ was one of such ships. This has led to a phrase which is now used as a metaphor for other things which only provides a fraction of a situation and may have issues hidden from the naked eye.

“Her success is just the tip of the iceberg, she had to fight very hard to get to the position where she’s at, and we just didn’t see that.”

“After the party, the messy kitchen was the tip of the iceberg; the rest of the house was in a bigger mess.”

“What my friend is going through is just the tip of the iceberg, he has bigger issues to deal with.”

Connection between This Idiom and Culture

‘Tip of the iceberg’ is a good idiom to use when we talk about culture. When you ask people what they know about their own culture or about other cultures, they can probably give you only a glimpse on the topic. Culture contains larger components than what people can see or experience, and even when we talk about our own culture, we might not be able to really describe the entirety of it.

We usually can see the tip of the iceberg of cultures through the language, arts, religion, food, among others aspects, but the larger part of cultures hold deeper elements that require more than what we can see. This hidden components are norms, beliefs, values, attitudes, and much more. 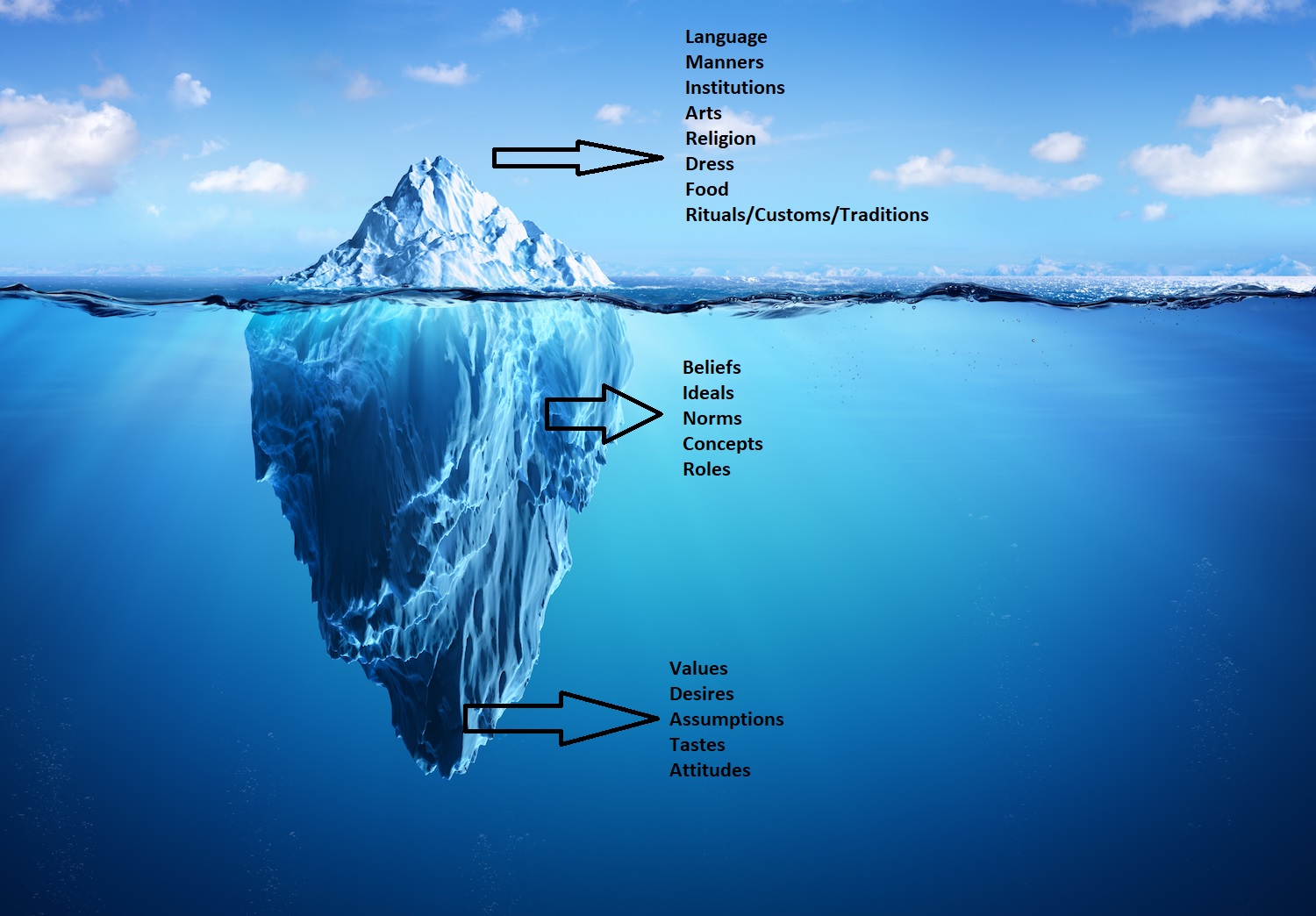 Watch this video to learn more about The Cultural Iceberg.

Have you ever experienced a situation where you could only see the tip of the iceberg? Let us know by contacting us at ELISpecialPrograms@MissouriState.edu.