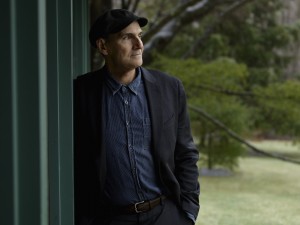 James Taylor and His All-Star Band are coming to JQH Arena on June 27!

Tickets go on sale Friday, March 4 at 10:00am! Tickets available at the JQH Arena Box Office, 417-836-7678 or online at www.missouristatetix.com.
As a recording touring artist, James Taylor has touched people with his warm baritone voice and distinctive style of guitar-playing for more than 40 years, while setting a precedent to which countless young musicians have aspired. Over the course of his celebrated song-writing and performing career, Taylor has sold more than 100 million albums, earning gold, platinum and multi-platinum awards for classics ranging from Sweet Baby James  in 1970 to  October Road in 2002. He has won five Grammy awards and has been inducted into both the Rock and Roll Hall of Fame and the prestigious Songwriters Hall of Fame. His most recent album Before This World released last year  debuted at No. 1 on the Billboard 200 and has been nominated for another Grammy Award nomination for Best Pop Vocal Album.

Come spend an unforgettable night with America’s iconic singer-songwriter James Taylor and his All Star Band.