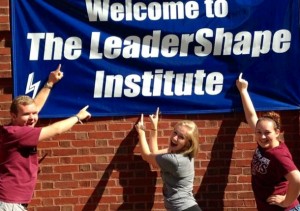 Courtney Pfluke, a sophomore global studies major, had a very eye opening experience at the LeaderShape institute. Courtney completed the Distinction in Public Affairs program as a freshman and decided to strengthen her leadership skills and apply to attend the LeaderShape Institute. She currently serves as the Public Relations Specialist for the Opal Agency and the Secretary for the United Students for Fair Trade, both are areas she can really apply what she learned at LeaderShape. Here are some of her experiences from the week:

Today was an interesting day because we had the opportunity to do many different activities that really forced us to involve everyone in our group. I came to the realization that it is very easy to exclude someone from the conversation or planning about an activity and not realize that you are doing it. During our group activities, my group had judged a girl by her size and had thought that she could not lift something because she was so small. She ended up being able to do it without much of a problem. After discussing the activities in bigger groups, I feel more confident to be able to confront stereotypes and not just rise above them. I hope this will help lower discrimination in my future work place. 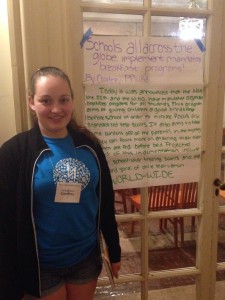 Today we participated in a simulation that left most of us feeling disappointed, but more aware of how the world works. I personally feel disappointed with the amount of competitiveness and vindictiveness that was shown during the game, but was proud that in the end, we tried to create a more equitable situation. While debriefing in our Family Clusters, there was a lot of tension with everyone because we were all feeling different things and having problems expressing how we were feeling, but after talking through everything that had happened, we were able to come out of the situation feeling much better than we felt going into it.

This day was cool because after working hard to create different aspects of our visions we were able to put them all together today and actually start working towards an action plan for making our visions into our reality. We also received a ton of feedback from our family cluster members, which made me more aware of some of the things I was doing and how to change some of that behavior. It also gave me the chance to see the impact I was making on other people in my group. It was a very rewarding experience seeing everything we worked for come together and seeing the determination in everyone to make these visions into reality. 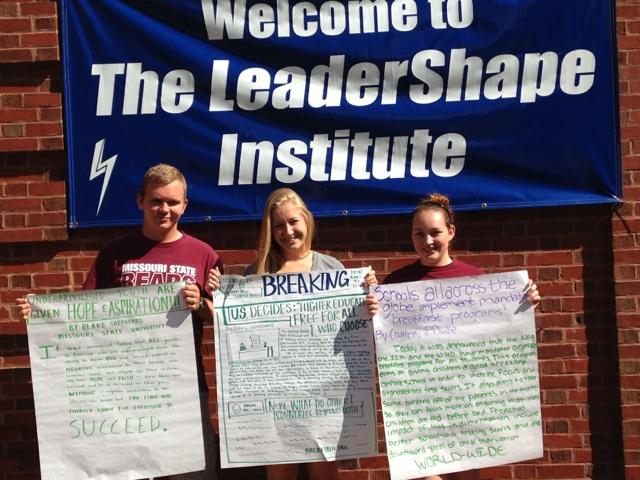