Is there an effective way to foster friendships among tweens and teens?

Yes, according to a recent study conducted by psychologist Dr. Leslie Echols of Missouri State University and Dr. Jerreed Ivanich of the University of Colorado.

The researchers implemented the 36 questions activity known as Fast Friends in a local middle school. About 300 seventh and eighth graders were paired together with a partner of the same gender whom they didn’t know well or consider a friend.

In addition, about half of the students were paired up with a partner of the same race, while the other half had partners of a different race.

In the third session, each pair engaged in a tower building task together to achieve a common goal.

According to Echols, the questions started with basic facts, such as favorite foods, favorite places to eat in town, favorite present you have received and worst haircut ever.

The more personal questions included things like, “What is something you might do differently than your parents did?” and “Are there things about the way you were raised that you don’t agree with?”

“The conversations were very interesting. Most of the students shared a lot of personal details about their lives and found out a lot of things they had in common that they didn’t realize before,” Echols said.

Read the full transcript for part 1

Read the full transcript for part 2

At the end of the study, the results showed the partners felt closer to each other. The students considered their Fast Friends partner more of a friend than another student they had not interacted with in the activity.

The Q&A tasks also seemed to increase closeness and friendship more than the tower building one.

“There’s a lot of power in the question-and-answer activity,” Echols said. “It’s surprising how few opportunities children and youth have to interact with each other if they have not been part of the same friend group for a long time. And I think the questions themselves were key because they did move into more personal topics.”

The most surprising and positive outcome was that cross-race friendships were just as likely to form through the Fast Friends activities as the same race.

“There were no differences in the increases. I wasn’t expecting that, so it was exciting,” Echols said.

Echols will implement this Fast Friends exercise in schools where she’s currently working on interventions aimed at fighting peer victimization. 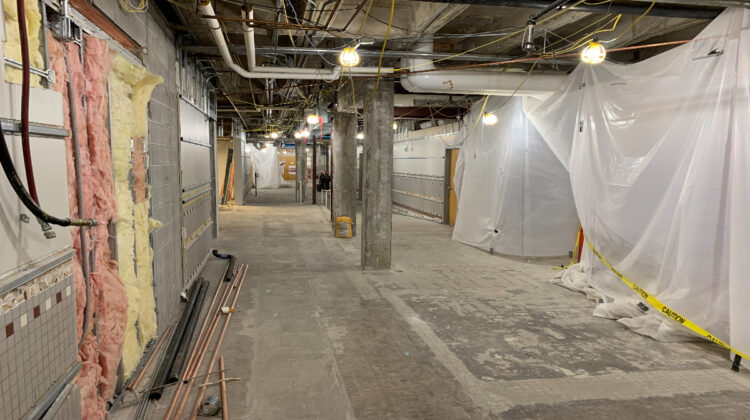 The renovation was made possible with a generous contribution from alum Ann Kampeter and matching state funds.

The project planning process started in 2020 with construction beginning August 2021. The focus of the renovation project is to enhance student and collaborative spaces as well as public areas.

Some key features of the renovation include private and public student study areas on all floors, a new Student Success and Advisement Center, and a space for a future collaborative biomedical sciences research lab.

The project is slated for completion in fall 2022. 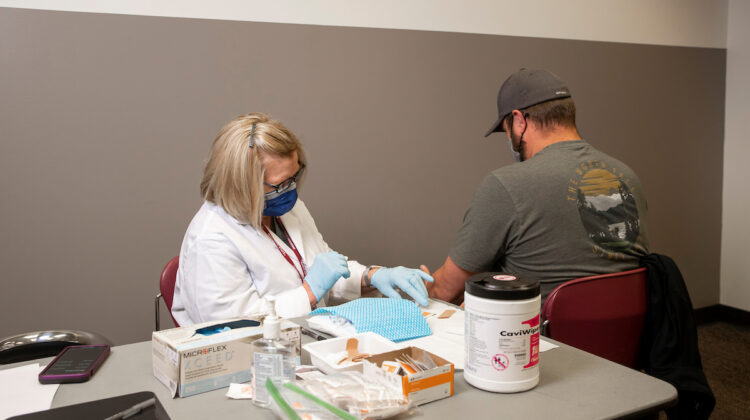 After a quiet influenza season in 2020-2021, the flu is starting to make a comeback.

According to data published by the Centers for Disease Control and Prevention (CDC) visits for patients with influenza-like illness are nearly double compared to years past.

“Nationally we are seeing a trend that is not good,” Dr. Kip Thompson, Associate Professor in the Department of Public Health and Sports Medicine at Missouri State University, said.

University hospitals like Michigan and Florida State are starting to see around 50-60 patients a day showing up for cases of the flu. Most of those patients are aged 18-25.

A good portion of those patients are being diagnosed with Influenza A (H3N2).

“Those numbers are alarming. The number of people ages 18-25 that are vaccinated are lower now than in recent history,” Thompson said.

There are two types of influenza: type A and type B.

“Type B is the normal human flu that we see every year,” Thompson said. “Type A, which is currently being spread at a high rate, is known to mutate more and cause more infections.”

Both are treated in the same manner, but Type A can become more severe.

This year’s flu vaccine is a quadrivalent. This means the vaccine provides protection against two A strains and two B strains.

Learn more about the flu

Ways to prevent the spread

Like many viruses, there are ways to stop the spread of infection.

Common ways to prevent the flu include:

Getting vaccinated is one of the best ways to help stop the spread.

Missouri State students, faculty, and staff (and their dependents) can get their free flu vaccine at Magers Health and Wellness Center.

Each January, many people set weight loss goals for the year.

For some, it may be inspired by overindulging at holiday gatherings.  Others see it as a time to reset or detox.

Natalie Allen, a registered dietitian who teaches in the biomedical sciences  department and serves as the dietitian for Missouri State University student-athletes, provides tips for goal setting that leads to sustainable change.

“Do not bite off too much, but set reasonable goals,” Allen said.

If your goal is better hydration, she said to start by adding one glass of water per meal and incrementally add more. You’re more likely to reach that goal if you don’t try to change everything all at once.

You can trick your body

Your body may desire large quantities of sweets after all the sugar cookies and pumpkin pie. Allen recommends  making a smoothie filled with fresh fruits and vegetables instead of giving in.

“Not only are you getting a lot more nutrition when you do that, but you’re also satisfying that sweet tooth,” she said. “Instead of something that has a lot of added sugar, you eat something with more natural sugar like fruit.”

Helping you get more active

If you’re adding more movement and activity into your daily routine, Allen said  it’s important to factor that into your diet as well.

The number one consideration, she said, should be protein intake. While the amount you need depends on your body weight, “they’re all equal as far as protein: seven grams per ounce of cooked meat,” she adds.

Sneaking in extra protein is easy, she noted.

Healthy carbs are another area to consider, especially as you’re adding more exercise.

“Carbs sometimes get a bad rap,” she said. “Get your healthy carbs from things like sweet potatoes, apples, fruits and corn.”