When Matthew Call arrived at Missouri State, he had some idea of what he wanted to do.

“I knew that I had a lot of management skills. I also knew I needed to become a better leader, but didn’t know where to get those skills from,” Call said.

Call’s first year on campus was a tough one. Trying to acclimate to college and difficult coursework was a challenge, and after his first semester, Call was placed on academic probation.

His GPA was nowhere near what he had imagined, and his major wasn’t the fit he thought it would be.

Call felt dejected and battered. He knew he had to make a change.

Call took to recreating who he was.

He changed his major to human resource management. He also took the lead on creating a club soccer team.

The creation of this club proved to be a fun and exciting challenge.

“I always believed that people who created organizations had everything planned,” Call said. “What I realized is, sometimes, you just have to wing it.”

Call thrived as the manager of the men’s and women’s club soccer teams, and was able to apply the managerial skills he was learning in class to the team.

However, Call felt like it wasn’t enough. He knew how to lead and manage. But, he wanted to learn how to be a leader. An excellent leader.

One day, Call ‘winged it’ yet again and walked into the Missouri State ROTC office. 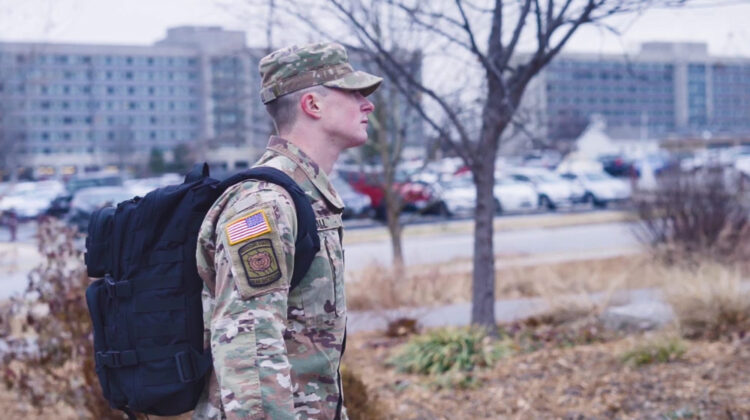 “I distinctly remember seeing the ROTC sign,” Call said. “It said ‘leadership,’ and ‘excellence.’ At the time, I thought, anyone can put those words on a sign to attract people. But, it caught my attention just enough.”

The Bear Battalion ROTC, or the United States Army Reserve Officer Training Corps, is a program offered on college campuses that prepares students to become officers in the U.S. Army.

Call knew nothing about the military, but he said “I was just a curious kid who had the courage, that day, to walk into the unknown.”

“The skills I learned in just one month with the Army pushed me to pursue greater opportunities,” he said.

Call took his skills gained from ROTC and applied them in the classroom and to the club soccer team. His GPA began to rise.

Call had developed the drive, every day, to pursue his goals.

Looking toward the future

After graduation in December 2018, Call will commission as a second lieutenant in the United States Army where he will receive a platoon of 40 people who he will manage, using both his skills learned in class and on the field.

His advice for new students?

“Get involved, in any way you can,” Call said. “Without ROTC, I probably would’ve dropped out my sophomore year. The more I got involved with tasks and organizational goals, the better my grades were.”

Call credits ROTC with giving him direction and drive.

Most importantly, Call is happy to finally be graduating, and to have learned some new, tough lessons along the way.