Learning laws and loopholes in the information age

If a significant life event was posted on Twitter but no one saw it, did it really happen? Regardless of how you fall on the issue, Wayne Anderson thinks people need to consider the risks of social media before sharing.

“My training has got me scared to do any of that,” chuckled Anderson, professor in the department of finance and general business.

Anderson, who jokes that he’s been on campus forever, was practicing law in the state of California when he became interested in the issues of software development and started writing articles on the topic from the legal perspective. After teaching business law at Missouri State for more than 20 years, the computer information systems graduate program coordinator recruited Anderson to teach a course on legal issues in the information technology arena – a course that changes each semester due to new issues and nuances that appear.

“Anything that’s older than three years, four years, is ancient history in this area of law.”

“I am not in it to create junior attorneys. Instead, it’s my job to put an alarm system in you so that maybe you don’t remember what the law is from what we talked about, but you smell a rat in this,” he said. 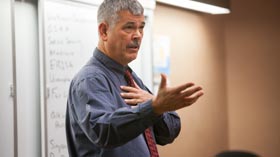 The students in his courses are often IT professionals, working toward an advanced degree, so they bring forward research topics for articles and discussions that are applicable to their daily lives. Anderson works closely with those students to produce articles for publication on a variety of topics affecting the IT industry, ultimately co-authoring 19 articles in the last seven years.

“It’s phenomenal how many I’ve been able to get published for them. That’s nice for everybody.”

Can you keep a secret?

“I wish there was a silver bullet for spoofing. Backtrack to see if it’s really coming from who you think it’s coming from. Always use throw away e-mail addresses when corresponding with an unfamiliar source. Have a separate banking account for questionable transactions. Just use a little precaution.”

“It’s getting to be very difficult to keep anything secure,” said Anderson. “Of course, you clicked on the ‘I Agree’ button or you wouldn’t even gain access to many of these sites from day one. Before you clicked, you failed to look at the 32 page document that covered that.” 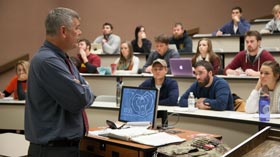 With intellectual property, Anderson stressed how time-consuming and monetarily expensive it can be to protect a product or service. The owner must also be willing to bring the action to court.

“A lot of people assume that if there’s infringement, someone else – like a governmental agency – will step in to enforce it.” That’s the exception rather than the rule, he pointed out.

So as a lawyer, mentor and researcher, Anderson feels compelled to stay abreast of the latest regulations in the technological industry, which helps to influence discussions with his students. He delves into the morality of the actions and whether a law exists to influence a decision.

Father of 3, one’s a doctor at Mayo Clinic; twins (25), male in law school at William and Mary, female at UC-Davis working on economics and textiles “undoing all the damage my son and I did from law school”

Adding significance to the seemingly mundane

Police lights cut through the night sky, and Sarah Williams, assistant professor of art and design, knows she looks suspicious. She’s skulking through dark streets photographing buildings for inspiration for her oil paintings. These low-quality snapshots help her recreate a story of the rural America that she loves. 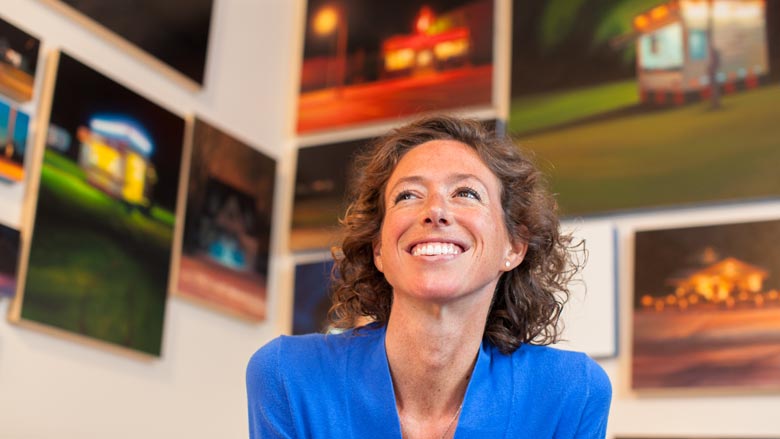 “If you’re an artist, you’re either a hedgehog or a fox. … I’m totally a hedgehog.” — Sarah Williams

Occasionally, she gets taken down to the police station on her quest to capture images of her subjects, but usually in her small hometown of Brookfield, Missouri, where she photographs most often, they recognize that she’s on a mission. 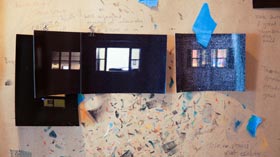 “I’m working from these terrible little snapshots that I take, and I love for them to be bad because it makes me be inventive,” Williams said.

From these resource shots, she knows the shape of the building and location of the light source, but she adds in detail and color – color is her passion – to showcase these buildings’ unique structures.

“I’m just really fascinated with how you can indicate the way of life or someone’s existence or personality through the way they’ve built whatever it is they use,” she said.

Coping with homesickness through painting

Growing up in rural Missouri has influenced Williams’ art from her earliest memories.  In fact, the only art she remembers from childhood was that of the waiting room variety, and the pictures she drew of wildlife.

After moving to the Dallas metro area for her graduate work, she began taking photos on her home visits and putting this inspiration on canvas.

“I was having this crisis because I didn’t recognize anything, and I’ve always grown up in a small area where I could go by landmarks…I completely lost my sense of place.” 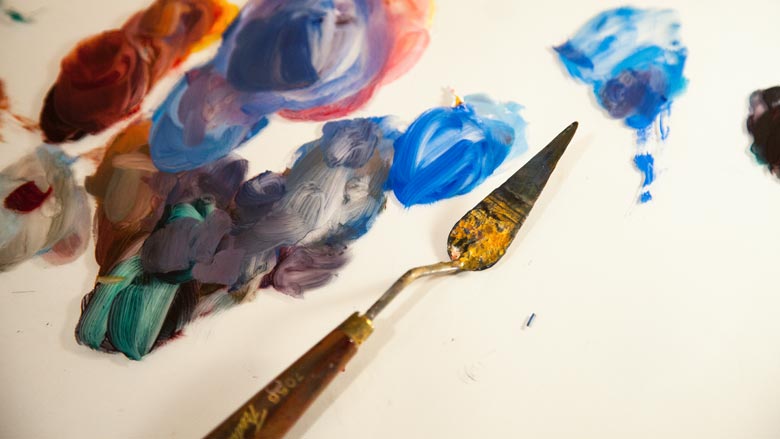 Through her paintings, she started to share the uniqueness and slower pace of the rural way of life, sometimes through an abandoned highway or a dark night sky against an aging industrial building.

Recently she’s begun incorporating more residential settings into her work and experimenting with the feeling of voyeurism. For her, she’s trying to capture the feeling that the viewer is standing on the sidewalk staring at the houses to see what is visible inside.

“I’ve got this series of small houses with big picture windows, and you can see the giant TVs glowing through the windows, so there’s that acidic artificial light that’s happening.”

Open-air paintings are often created in a serene location to paint landscapes, but as a student, Sarah Williams did a series of open air paintings in the aisles of her hometown Wal-Mart.

“I was in the middle of Wal-Mart where everybody was doing their shopping, and I was painting from observation – the light on the linoleum, the displays, or the bananas were $1.60.” She remembers being met with questioning glances. 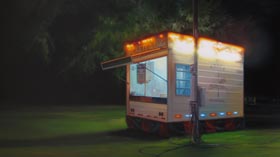 For a young artist, Williams has received a lot of recognition for her body of work. Her oil paintings were displayed at the Nicolaysen Art Museum in Casper, Wyoming, in spring 2014, and she showed at Northwest College in Powell, Wyoming, where she taught a course called Weekend in the Wild that took students to Yellowstone. In February 2015, she had her largest solo show to date in Houston, Texas, at the McMurtrey Gallery where she showed more than 30 pieces. She also was selected for a solo show at the George Billis Gallery in Los Angeles in September 2015 and at the Talley Dunn Gallery in Dallas in January 2016.

“If you’re an artist, you’re either a hedgehog or a fox,” said Williams. “If you’re a fox, you’re jumping all over the place with your concept and your materials…If you’re a hedgehog, you’re working through new ideas, but it looks very consistent, so to the outside eye, it’s a slow, slow progression. I’m totally a hedgehog.”