Graphic designers are charged with delivering those messages in an effective way. Do it wrong, and there may be unintended consequences.

“If I design a sign which tell you, ‘Turn right,’ but actually you need to turn left, you can kill yourself!”

That’s Cedomir Kostovic, a professor in the department of art and design.

He came to the U.S. in 1990 from Bosnia and Herzegovina and has been teaching graphic design at Missouri State University for 25 years.

“If I design a sign which tell you, ‘Turn right,’ but actually you need to turn left, you can kill yourself!” — Cedomir Kostovic

From public service posters and commercial advertisements to road signs, designers must think beyond artistic expression to understand how color, typography, imagery and other content can be leveraged to create a design solution.

They must also use this power responsibly and for the good of society, he said, a mentality he adopted from his college professor and mentor, Mladen Kolobaric, at the Academy of Fine Arts Sarajevo.

“He always have us design posters for social issues. I remember thinking, ‘Why he bother us with that? I want to design poster for rock band.’ But out of this I really figured out visual language is so powerful. This is when I fell in love with design.” 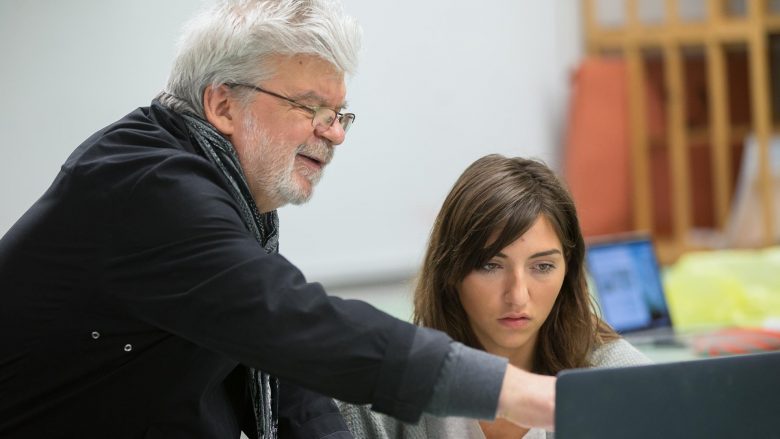 Kostovic now inspires his own students to do the same, both in the classroom and out.

“I usually call my students ‘little kiddies’ who come blind to my classes, and when they come out of classes, they can see. Everyone that sees can be tomorrow’s inspiration for ideas.” — Cedomir Kostovic

In 2014, the quartet challenged hundreds of designers around the world, including 30 Missouri State students, to commemorate the last 100 years of history for Kostovic’s native city, Sarajevo, a place where cultures converge and, sometimes, clash.

It has seen years of war, starting with the assassination of Archduke Franz Ferdinand in 1914 that sparked World War I, and more recently the siege and ethnic genocide during the Bosnian Conflict.

“I remember when I have interview at Missouri State in ’92, this was the day officials start war (in Sarajevo),” Kostovic said. “I remember finishing interview, I go to my room and turn on TV. It was showing these people running away and snipers killing … It was horrible!”

The embattled city has also striven for peace and unity, punctuated by its hosting of the 1984 Winter Olympics, the first winter games to be held in a Communist state. 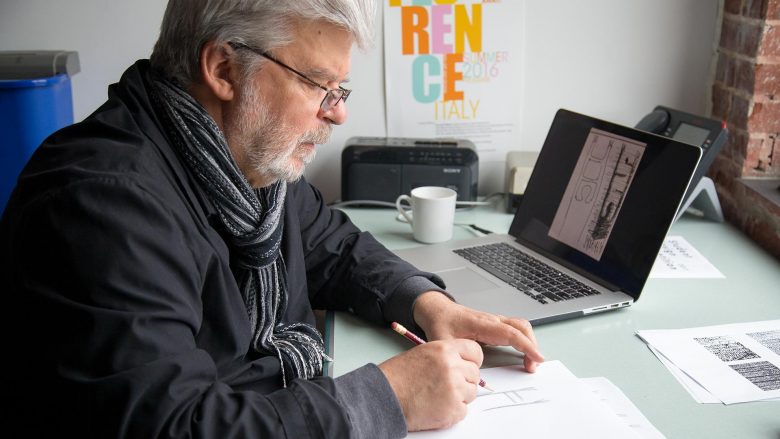 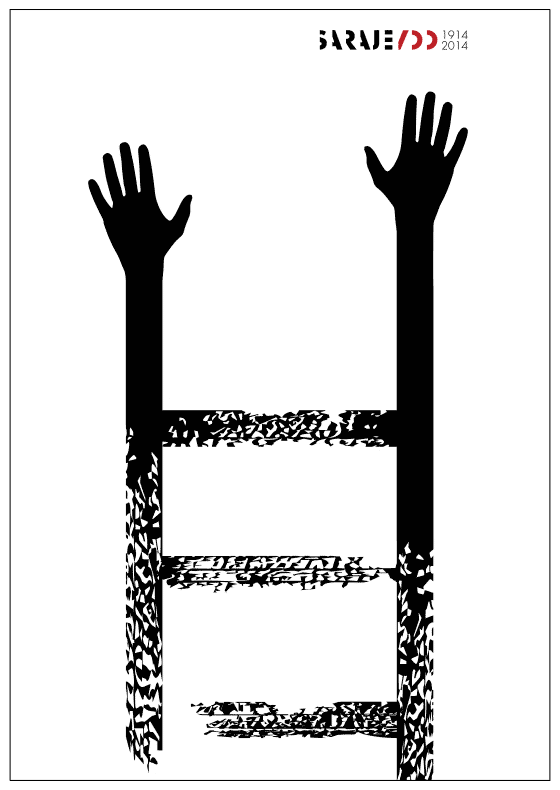 “Sarajevo 100” debuted in June 17, 2014, at the City Gallery Collegium Artisticum in Sarajevo, showcasing the work of 268 designers from 37 countries and five continents. The project was supported by the U.S. Embassy in Sarajevo.

The posters offered a diverse, multicultural perspective about a place many of the participants had never heard of before.

MSU alumnus Tyler Galloway, now chairperson of the graphic design program at Kansas City Art Institute, participated in the exhibition. His poster paid tribute to his teacher, Kostovic, and his teacher’s teacher, Kolobaric.

“I wanted to give a sense of that generational influence and a sense of location for each generation — stretching from Sarajevo to Springfield to Kansas City,” Galloway said. “I’m very fortunate to have kept in touch with Cedo over the years and to benefit from his wisdom and advice as an educator and designer.”

The exhibit traveled to France, Russia, Mexico, Poland and Missouri State University’s Springfield campus, bringing global attention to the region, its history and its growing recognition as a symbol of peace.

Kostovic said the posters will likely be studied by designers for decades to come; and his own poster will be among them.

On it, a black, partially burned ladder appears against a stark white background, its three rungs leading to two hands reaching upwards.

The three steps symbolize the three historic events — Ferdinand’s assassination, the 1984 Winter Olympics and the 1990s Bosnian Conflict — as well as the area’s three ethnic groups — Serbs, Croats and Muslims — who, despite years of conflict, still have hope for peace.

He explained: “You see all this (part of the ladder) is a little distressed. A lot of pain is there. Still, there’s hands reaching out of that, and the future, hopefully, will be better.”