Ozarks history through a realistic lens

Frontiersmen, hillbillies, moonshiners and banjo players — these are a few stereotypes of Ozarkers.

But Dr. Brooks Blevins, the Noel Boyd professor of Ozarks studies, works to change these misconceptions through his research. He pores over countless materials about the Ozarks and conducts oral histories to provide a truer picture of the area and the people who live here.

A lifelong Ozarker, Blevins grew up on his family farm in rural Arkansas. He always loved history. When he got interested in the Ozarks as a college student, he chose to study both and devote himself to research.

“Since I lived here, this topic was much more personal to me,” Blevins said. “I noticed there wasn’t much good history of this region. A lot of the writings were influenced by folklore and travel writers. They tended to be romantic and unrealistic.” 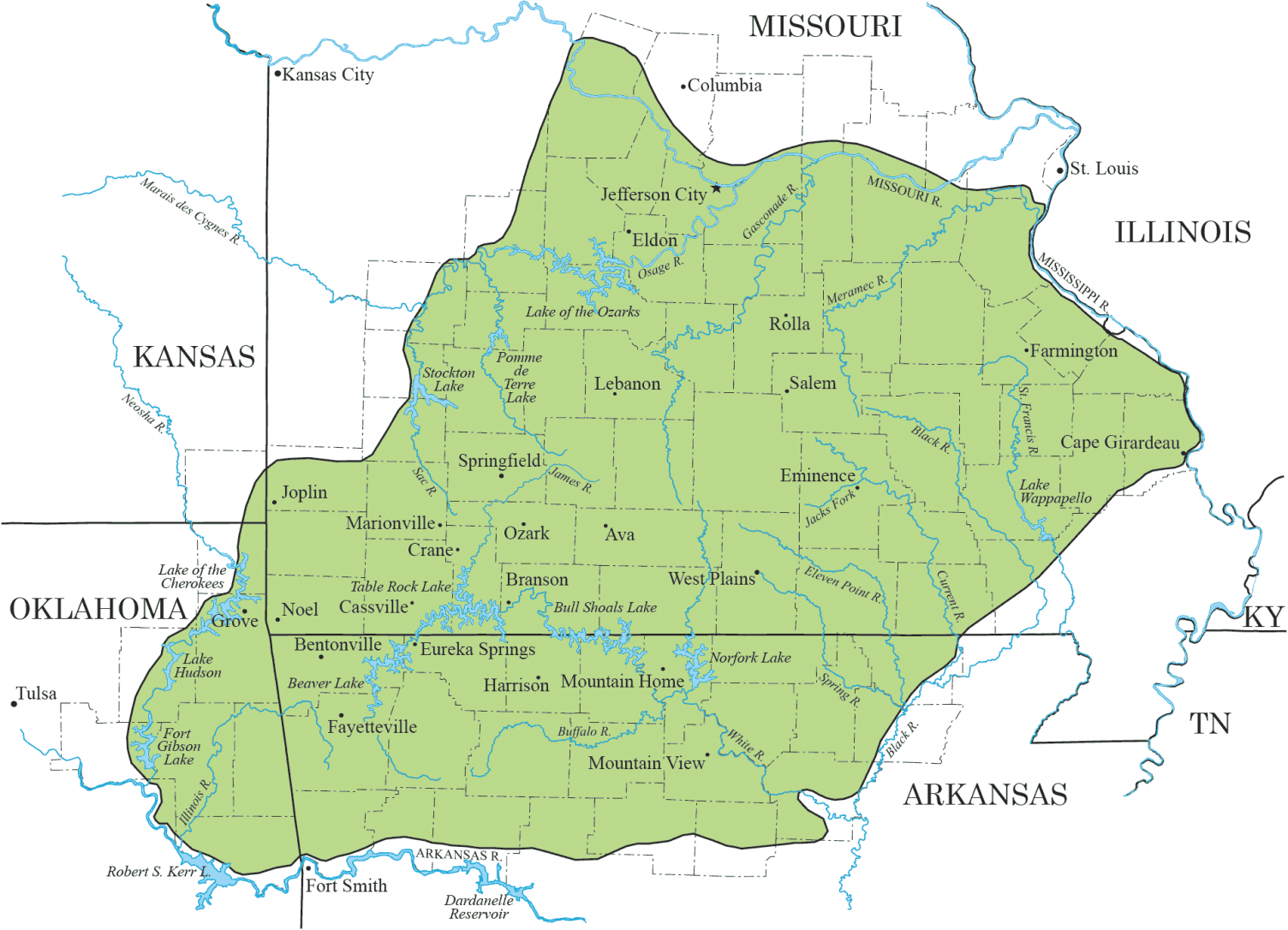 What is the Ozarks?

The physical Ozarks is roughly 40,000-45,000 square miles. It covers much of the southern half of Missouri and a large part of northern Arkansas. It also extends into northeast Oklahoma and southeast Kansas.

While the physical Ozarks is well defined, its cultural boundaries are less so, Blevins notes. This is because people may live in the region, but do not identify as Ozarkers.

The first in a trilogy

Blevins has spent more than two decades discovering the Ozarks’ rich history. He has authored eight books, two of which are award winners.

His latest book – “A History of the Ozarks, Volume 1: The Old Ozarks” – came out in summer 2018. It’s the first volume in a trilogy that offers a comprehensive history of the region. No other book like this exists.

“I noticed there wasn’t much good history of this region. A lot of the writings were influenced by folklore and travel writers. They tended to be romantic and unrealistic.”

Volume one highlights the early days of the Ozarks before the Civil War. It chronicles the area’s formation and the lives of Native Americans. It also documents European colonialism and the mass migration of settlers.

Blevins writes about people as they hunted, fished, founded schools and churches, and developed communities. He tells colorful human stories within the context of what was going on in American history at the time.

Blevins says the most surprising discovery during his research was the central role “immigrant Indians” played in the old Ozarks. These displaced natives from east of the Mississippi River came from different tribes.

“For about two generations, thousands of them lived in the region. In the 1820s, they even attempted to establish a sort of autonomous Indian nation in the Ozarks,” Blevins said.

Gary Kremer, executive director of The State Historical Society of Missouri, has read Blevins’ book. He says the breadth and depth of his research is outstanding.

“This book will enhance people’s understanding of the Ozarks because he brilliantly narrates the many ways in which the land and the people of the Ozarks interacted to shape each other,” Kremer added. 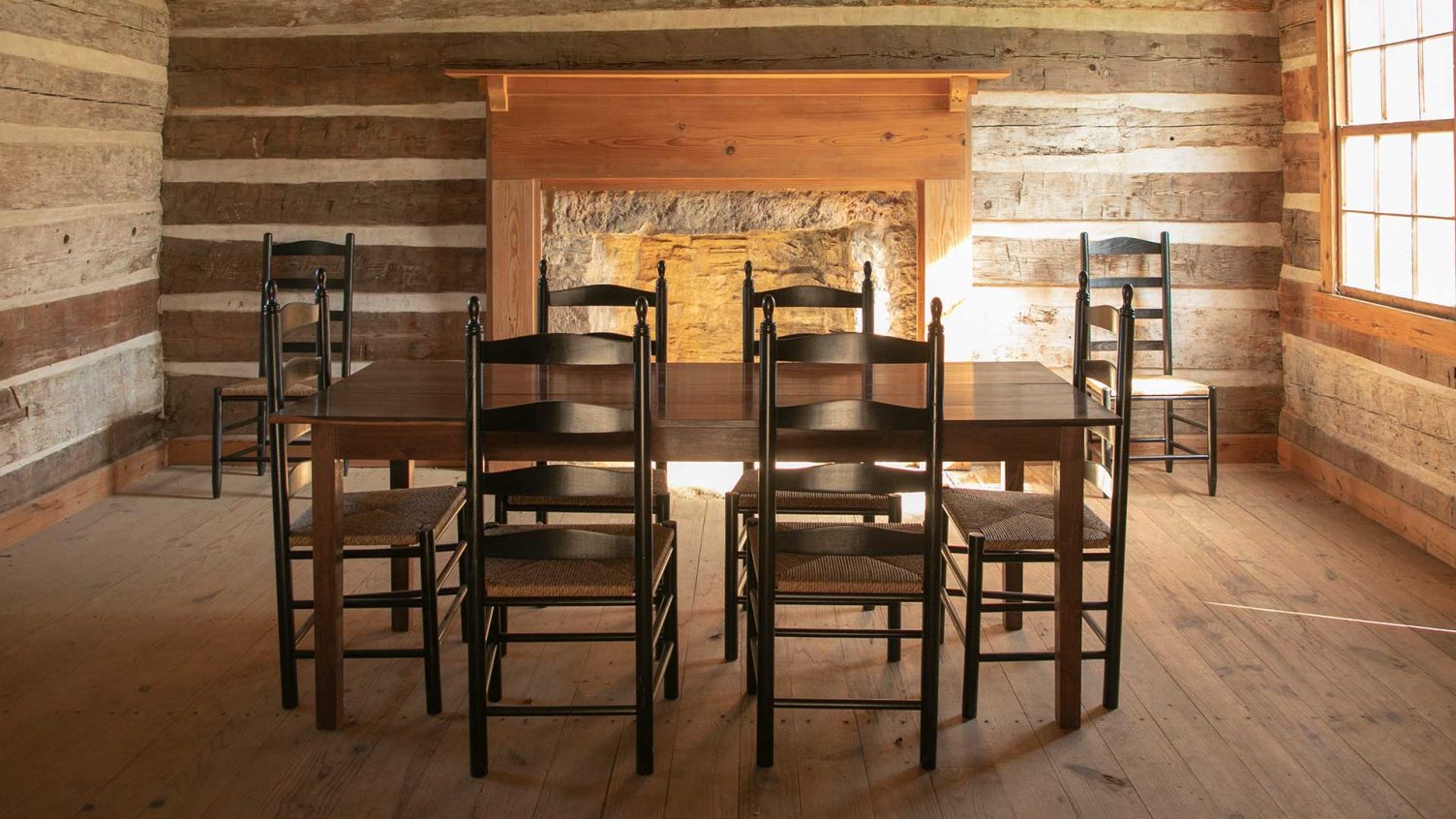 The Jacob Wolf House in Norfolk, Arkansas, served as the first permanent courthouse in Izard County. Photo by Bob Linder

Blevins is working on volumes two and three of his trilogy. The target publication dates are summer 2019 and 2021, respectively.

Volume two will focus on the long Civil War and Reconstruction era. Its main topics include slavery in the Ozarks, the secession crisis, the resulting war and the region’s reconstruction. It will also introduce the idea of the cultural Ozarks.

The third volume will pick up the story at the end of the 19th century into the 21st century. It will include a wide array of topics, from farming and industry to music and tourism.

“Underlying almost all the books’ subjects is an ongoing exploration of the perpetuation of cultural stereotypes and the role that the region’s image has played on its history and development,” Blevins said. 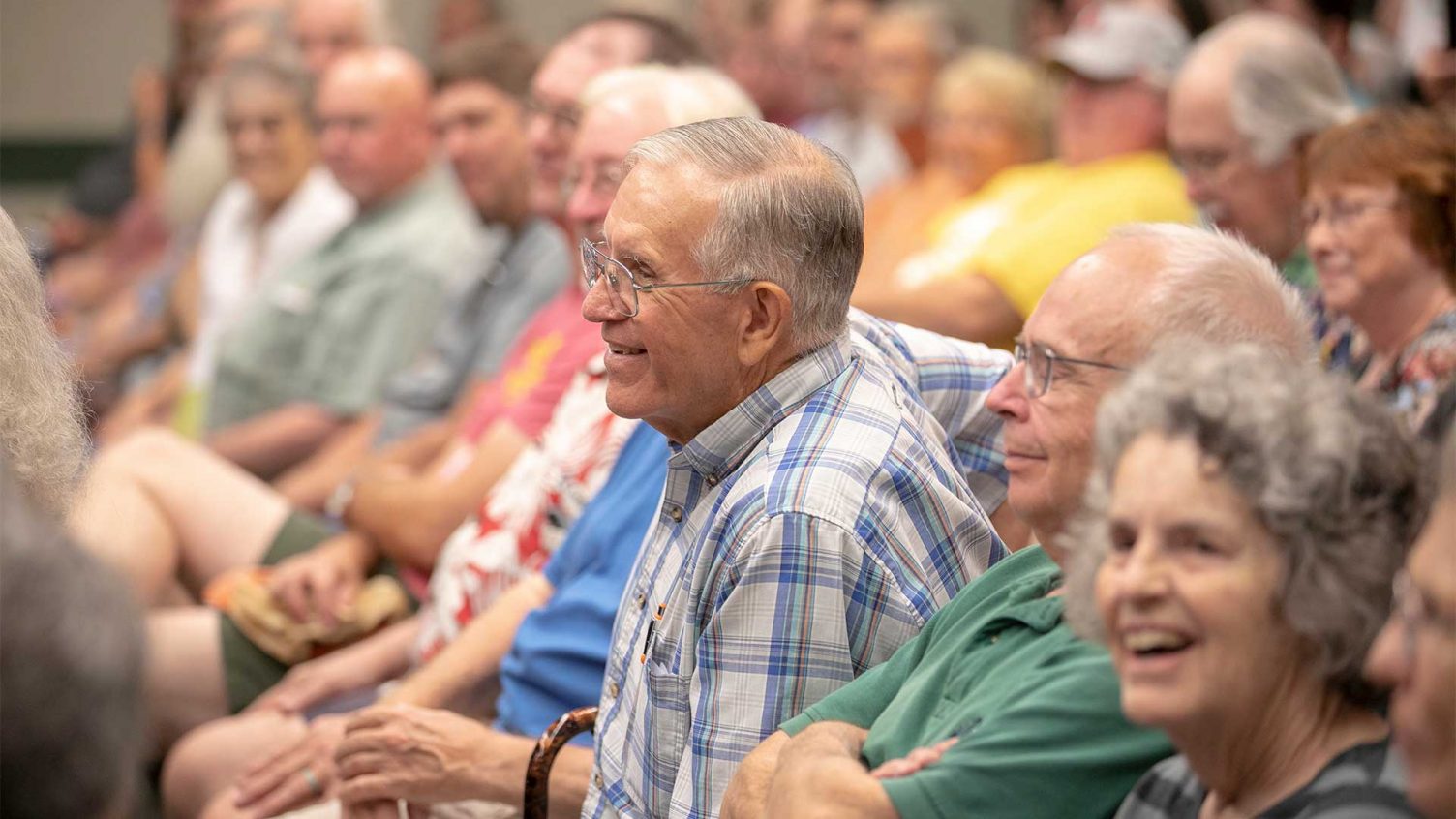 Relating to the masses

While Blevins is an academic, he tries to write history books that connect with common folks. He wants people in the Ozarks to know they have a valuable regional history of their own and take pride in it.

“It’s often a warts-and-all story like the American experience in general,” Blevins said. “But there are many interesting and iconic people and things that had their origins right here in the Ozarks.”

Buy “A History of the Ozarks, Volume 1: The Old Ozarks” 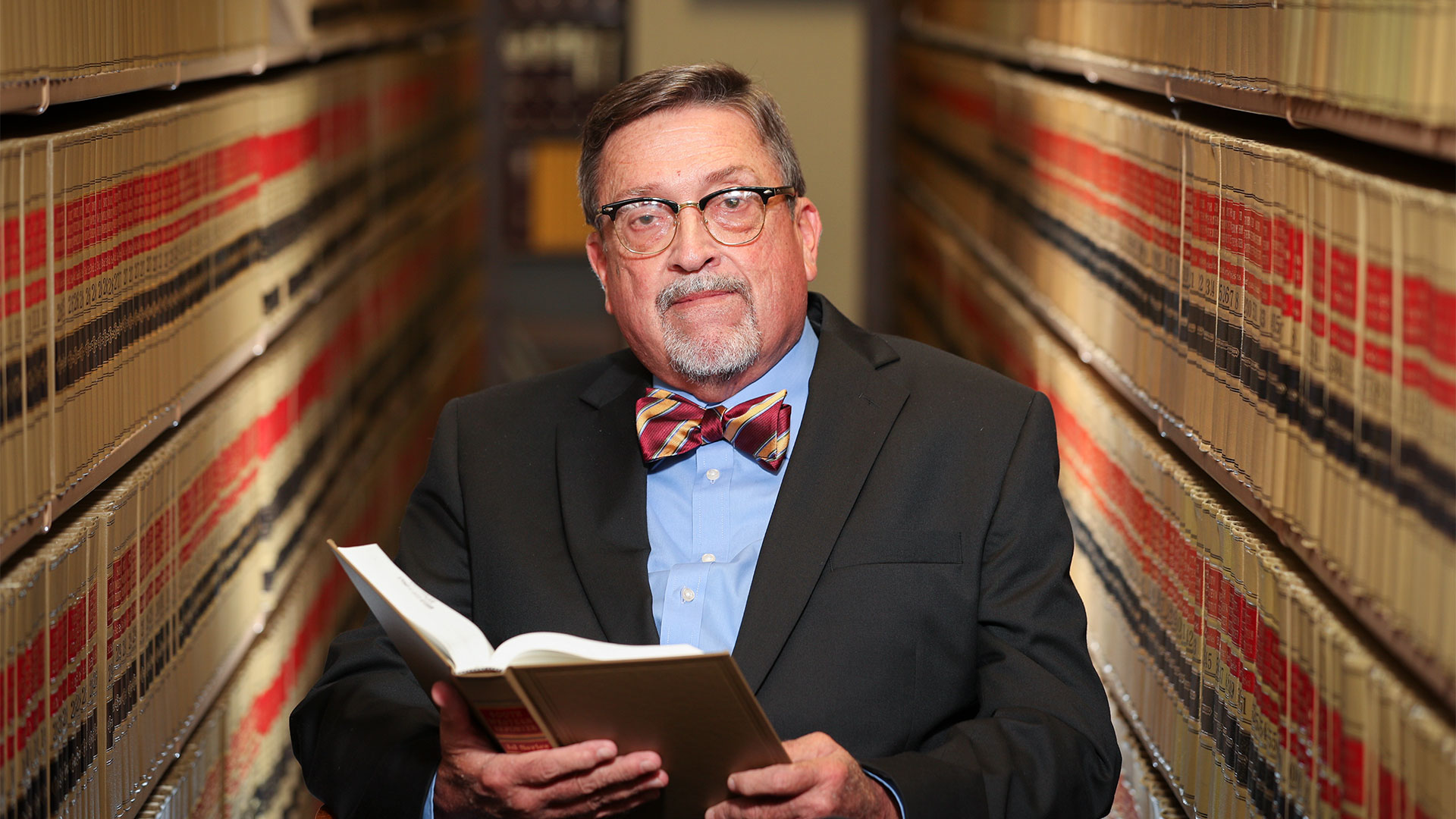 Influencing the future of arbitration

A ball of emotions. That's what happens when you get a new job. Excitement. Anxiety. Fear. Elation. Confusion. Confidence.

Probably no more than five percent of the lawyers teaching at law school have anywhere near 25 years experience.

Why arbitration? Because it is less costly, it’s conducted in private and it’s usually much quicker. 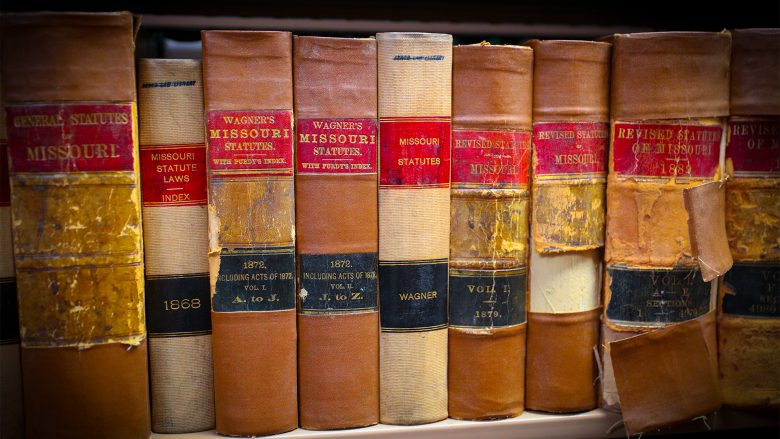 Legal scholars have a unique ability to affect the development of the law. 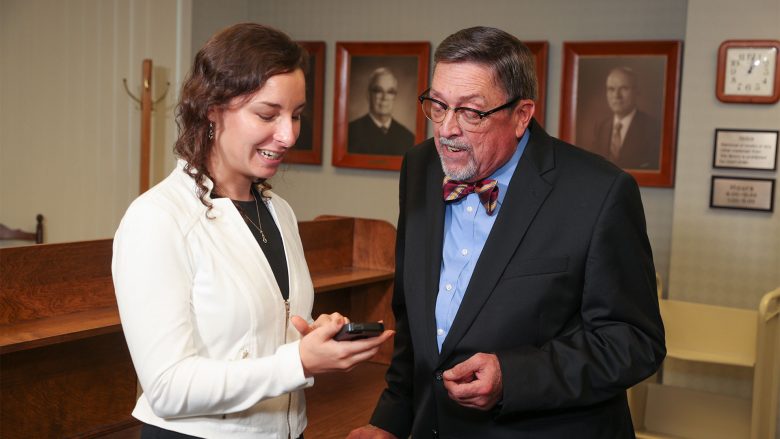 Read one of his articles