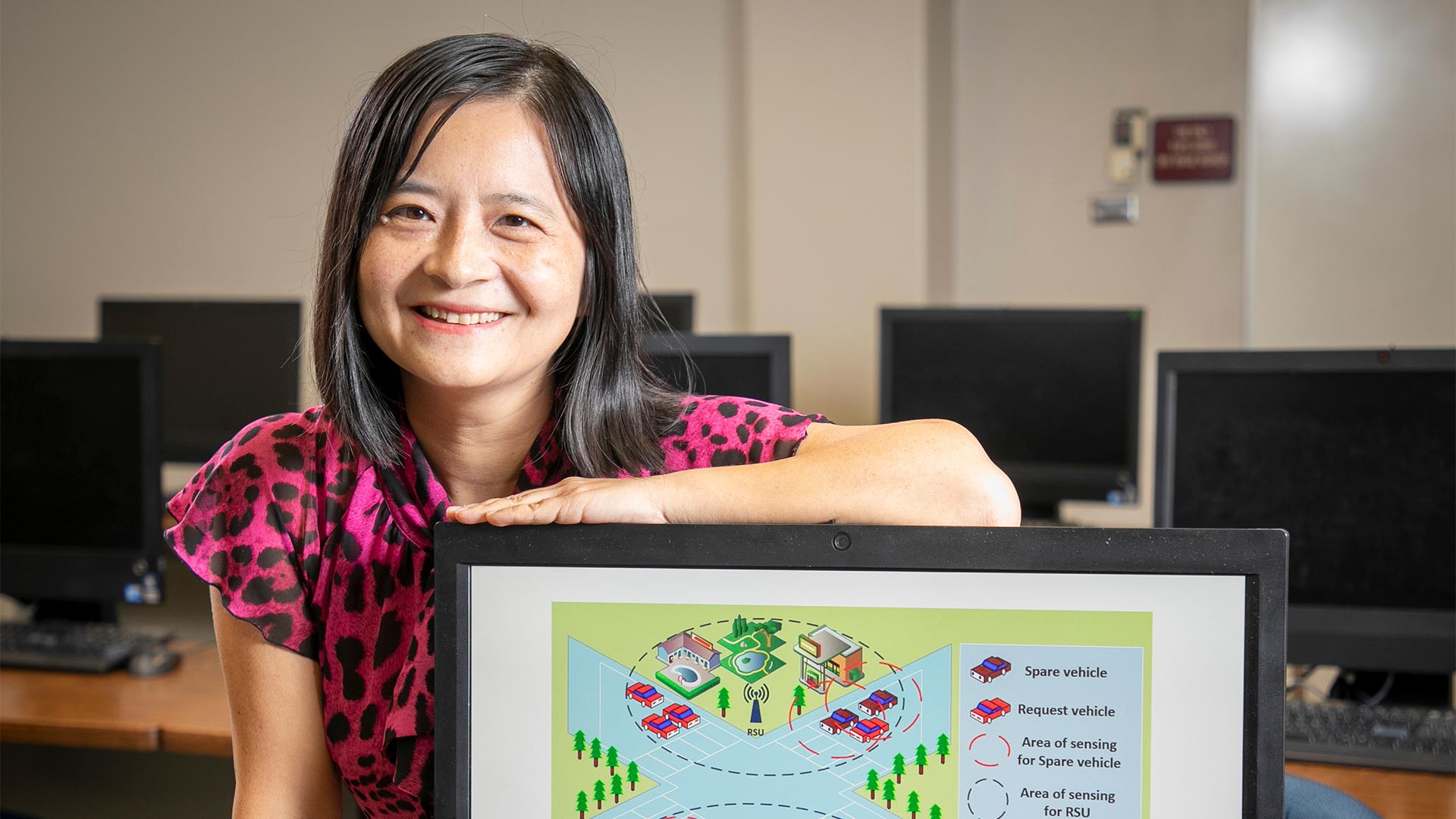 Getting your message across when systems fail

Although traditional communication systems may falter, data can still transfer from phone to phone until it reaches an area with service. This is called a wireless ad-hoc network – one of Dr. Hui “Anita” Liu’s research interests.

When there is no central server, how can we implement a network functionality?

According to Liu, devices must cooperate to form this network. Each phone shoulders a slice of the burden. Together, they have the strength and functionality to relay and process data. 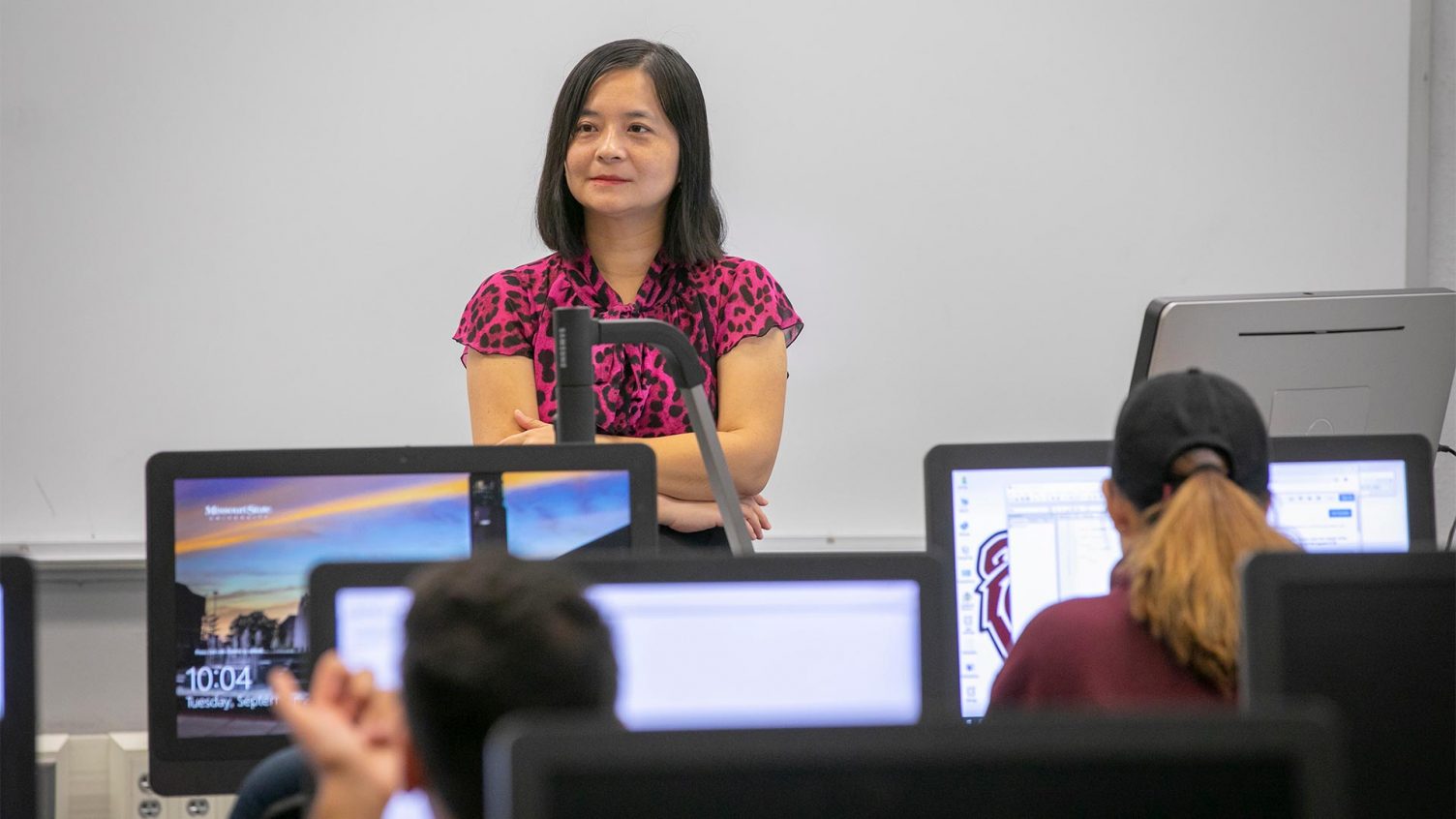 In a computer lab, Dr. Hui Liu listens as a student poses a question. Photo by Bob Linder

I like change. I think computer science always give you an exhilarating feeling.

While humans might elect to cooperate in this manner – to work for the greater good – does a wireless system?

She’s published and presented more than 20 times internationally on the topic of networks without central infrastructure.

Peer to peer networking is a burgeoning field, changing all the time. In previous research of these systems, researchers assumed devices would act as rational humans.

“There’s this assumption that the devices would be selfish – maximizing individual benefits,” she said.

However, Liu’s latest research projects assume that some will act as altruistic punishers rather than rational humans.

“Humans have a predisposition to punish those who violate group-beneficial norms,” Liu said. “This is true even when it comes at a cost to the punisher.”

This is altruistic punishment.

I think my work is important to you because I can provide you better user experience in the future using your smartphone.

Her research team designed an experiment based on this assumption. They wanted to see the effect on cooperation. 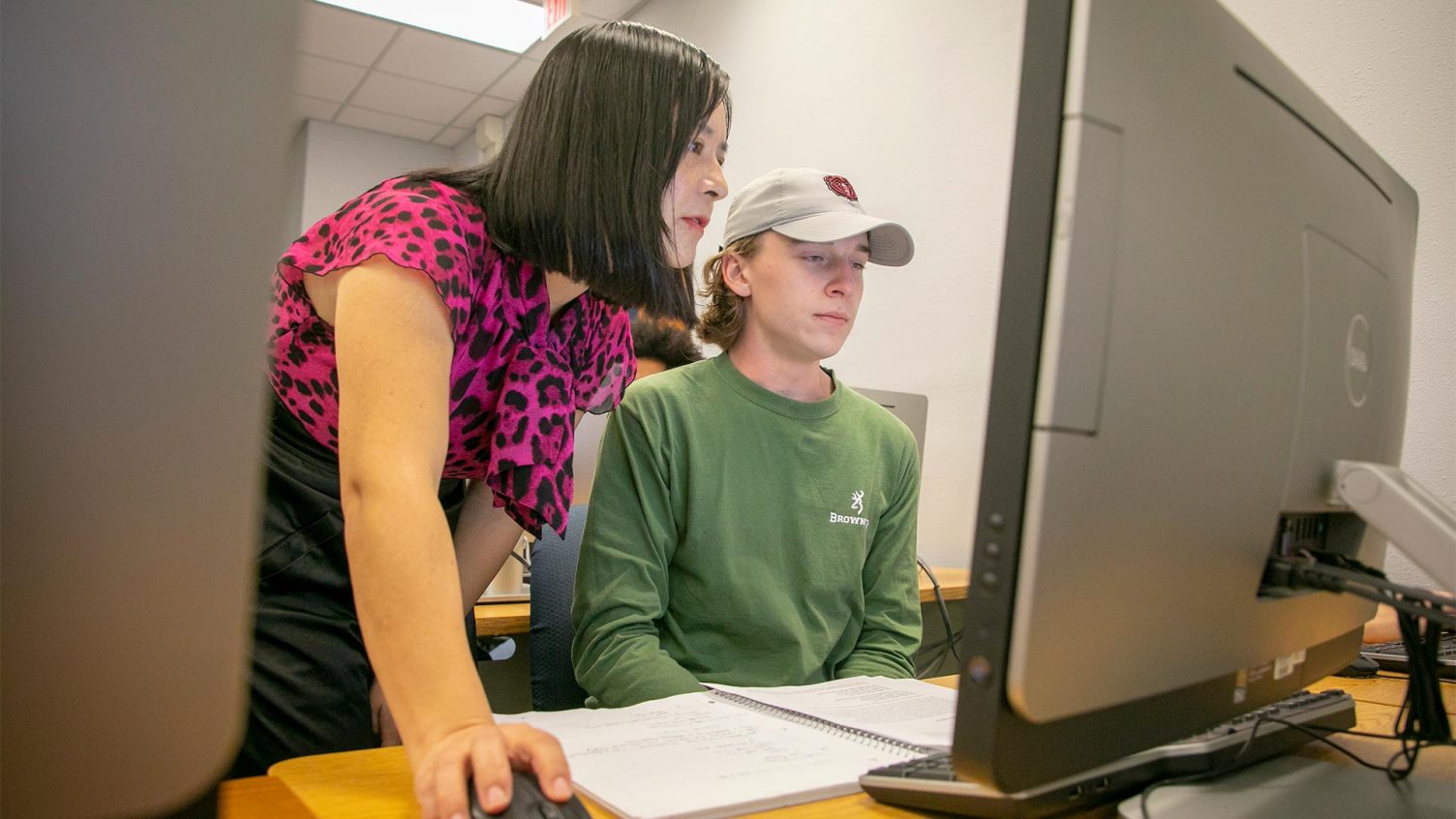 Pioneer in the field

All of her research projects come down to this: How can smartphone user experiences improve?

Deng Li, a colleague from Central South University in China, has collaborated with Liu on many projects. Li noted that Liu is intelligent and diligent. With these qualities combined, Li believes Liu’s work will continue to influence this field.

“In her research, she creatively applies theories and statistics to solve computer science problems,” said Li.

As technology capabilities change, Liu feels confident developers will focus on networking in a decentralized environment. And she is excited to be part of this evolving field.

Because if you’re on the battlefield or trapped inside a flooding house, the service could save your life.

See your future in computer science