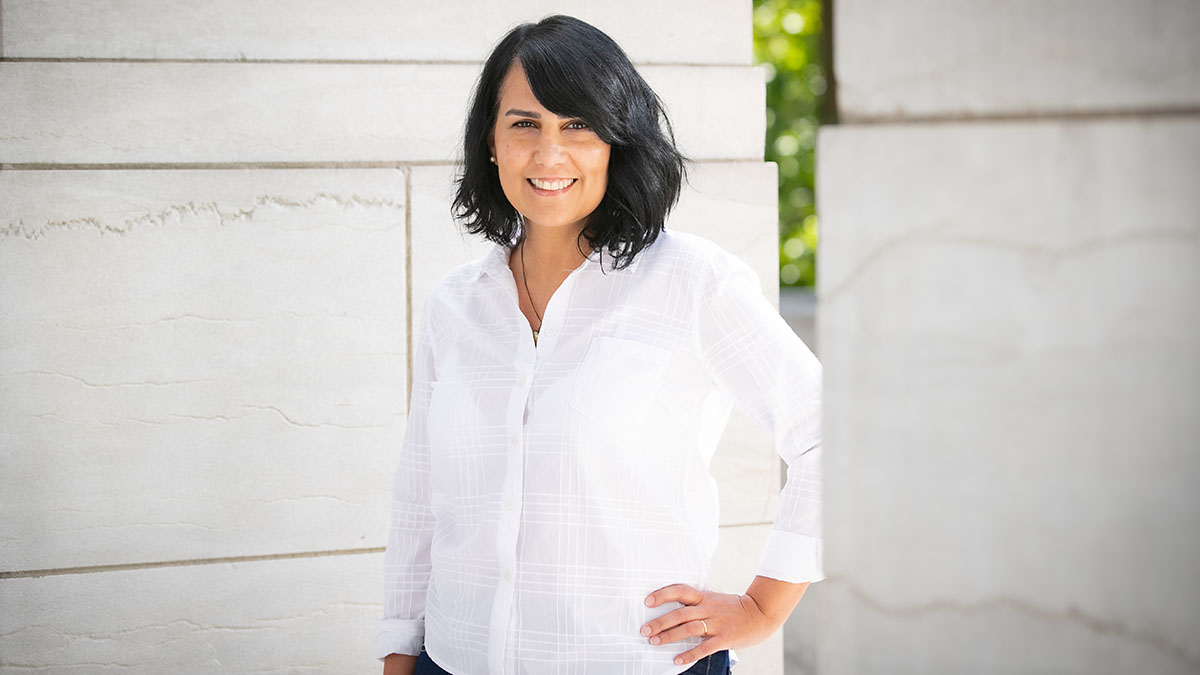 Imagine you’re an immigrant in the U.S. who wants your children to assimilate and be accepted. They speak a heritage language at home and the majority language at school.

Should you stop speaking Spanish at home, for example, to help them learn English more easily?

“Being an immigrant myself, I can relate to the powerful connection between language, culture and one’s sense of self,” Maimone said. “Maintaining children’s home languages is key to their identities and for their social and academic development.”

That’s because learning two languages at the same time is possible. While the learning process for bilinguals is different, children who succeed in preserving their home language can also fully acquire English.

Research shows bilingualism is linked to cognitive advantages and higher achievements in literacy and content areas.

An expert in the fields of cross-linguistic influence and language assessment, Maimone has published seven articles and presented at more than 16 refereed conferences.

One of Maimone’s research projects explored the role of formal instruction in furthering heritage language knowledge. Maimone and her colleagues compared the effects of grammar and culture-based approaches on language complexity, fluency and accuracy among heritage Spanish learners.

Results suggested that relearning a home language was facilitated by reclaiming cultural connections more than by mastering grammatical rules.

In the language classroom, Spanish heritage speakers face unique challenges. Unlike typical foreign language learners, they may start with higher levels of communicative competence. However, they may lack knowledge of writing conventions, formal language, and specialized vocabulary and terminology. This can result in low self-confidence, feelings of inadequacy or cause them to get lower grades.

For example, Maimone said, think about your own childhood.

“How often did your mother ask you as a child to write something for her?” she said. “You don’t have as many opportunities to write at home as you have to speak. Developing writing and reading skills requires training more often provided outside the home.”

The biggest challenge, however, might be to help heritage speakers see value in their linguistic experience and motivate them to build proficiency in their heritage language.

A possible solution? Maimone suggests starting programs for heritage speakers at secondary and postsecondary levels. This could help more heritage speakers in the state of Missouri achieve academic and professional success and become more confident in pursuing a college education. 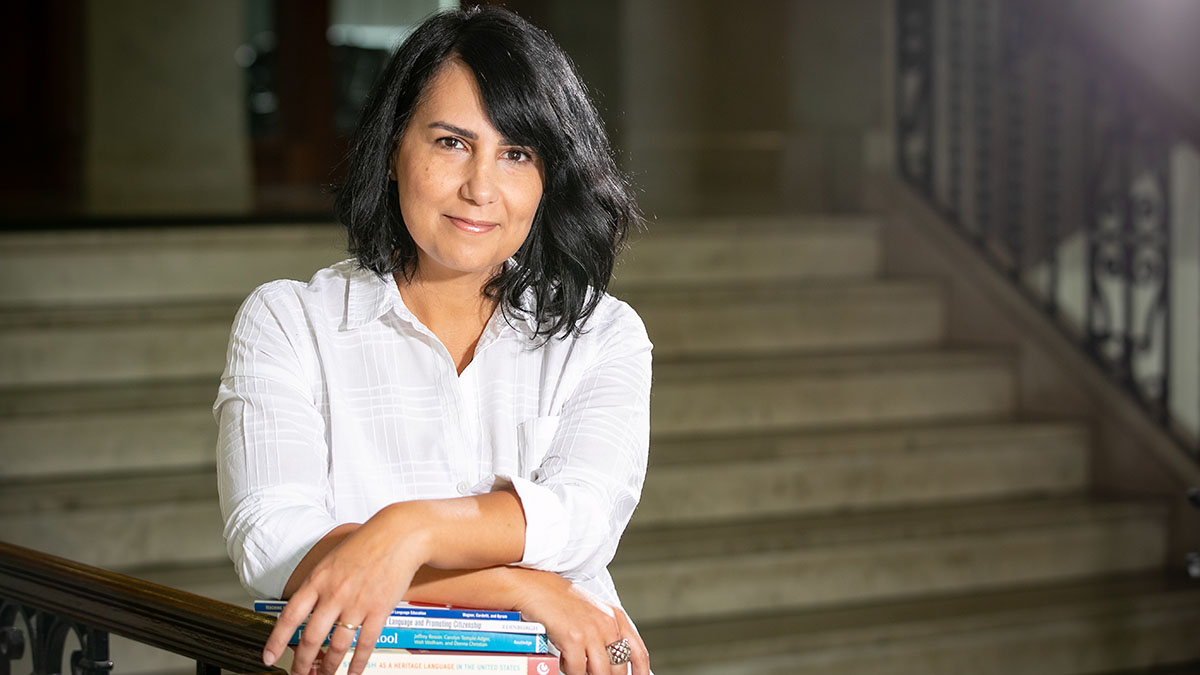 Scholar Dr. Luciane Maimone looks at the best way to acquire a second or third language.

Maimone made a good impression on Dr. Ronald Leow, director of the Spanish program at Georgetown. Leow served as Maimone’s mentor while she worked on her dissertation.

“I found she was willing to listen to me, but also provided her own insights,” Leow said. “That’s a hallmark of a very good scholar. That she’s not just going to take my word for it.”

Maimone’s project explored the role one language plays in affecting someone’s ability to learn another. More specifically, how Spanish and Portuguese interact crosslinguistically.

“The primary goal should be improving the learning process and maximizing outcomes.”

She hasn’t accepted the status quo in the assessment field, either.

“Language testing is an exciting area, given the social and scientific implications of test results,” she said.

However, estimating how proficient a person is in a foreign language can be a costly process in both time and resources. Maimone became interested measures of language proficiency that are more readily available to researchers and teachers of language.

Maimone worked with the Assessment and Evaluation Language Research Center in Washington, D.C., to develop the first Portuguese C-test and the first automated Spanish C-test, an alternative test based on the reduced redundancy principle.

If you’ve been able to solve the Jumble puzzle in a newspaper where letters in words are out of order, that’s the redundancy principle at work. In other words, it’s your ability to recover meaning in oral or written texts that are incomplete or distorted.

She also worked in the development of elicited imitation tests for Portuguese and Spanish. These are oral language assessments that can be easily administered by teachers, adapted for language practice, and used as self-assessment tools.

“The future of language assessment is in measures that capture linguistic variability and creativity,” she said. “It’s about developing assessments that foster learner autonomy and success. These are assessments designed for learning, not for grading.”

That stands in contrast to traditional testing, which compares test takers to one another.

“Assessing students’ progress and abilities allows educators to make a wide range of decisions, but assessments are easily reduced to ranking tools or credentials for passing a class.” Maimone said. “Ideally, the primary goal should be improving the learning process and maximizing outcomes. Assessments must first be designed for that purpose.”

Start your degree in modern and classical languages