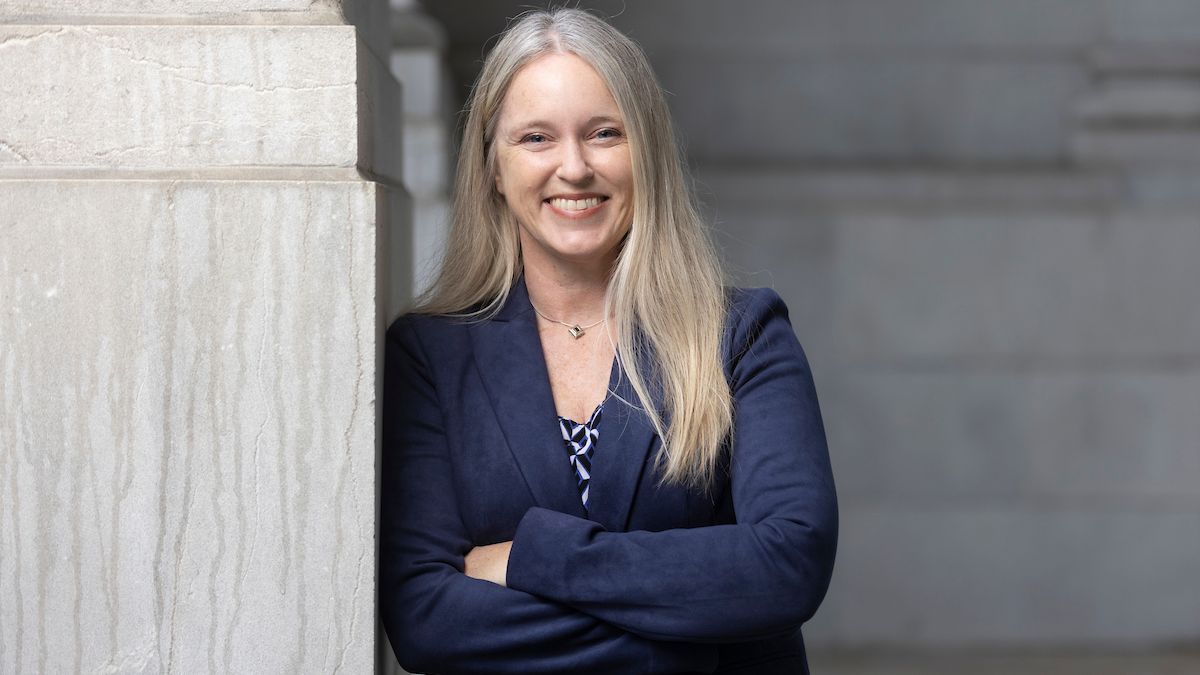 The U.S. has a history of celebrating images of underweight women. The fascination with these unrealistic body ideals starts young.

Runway models, social media influencers, pageant queens, celebrities and even Barbie purport these troubling ideals. They are almost unequivocally identified as beautiful, as evidenced by the money we spend and who we choose to idolize.

Dr. Brooke Whisenhunt has studied media influences on body image for more than 20 years. As a professor of psychology at Missouri State University, she works alongside her colleague, Dr. Danae Hudson, leading a lab of graduate and undergraduate students to research this and related topics.

“Media images are powerful and convince women they should be smaller than even what is healthy,” Whisenhunt said. “Women become chronically dissatisfied with their current body size, which has actually been increasing in America. Meanwhile, the ideal body size has decreased.”

She has written, co-authored and presented extensively on this topic, often letting her students take the primary authorship.

“What kind of images are we putting out there for young girls, teenagers or women, that gives them a sense that their body isn’t perfect as is?”

One recent study led by Whisenhunt’s former graduate student Frances Bozsik gained national attention. The team proved over time the ideal has become not only taller and thinner, but also more toned and muscular.

“It is an added impossibility,” Whisenhunt said. 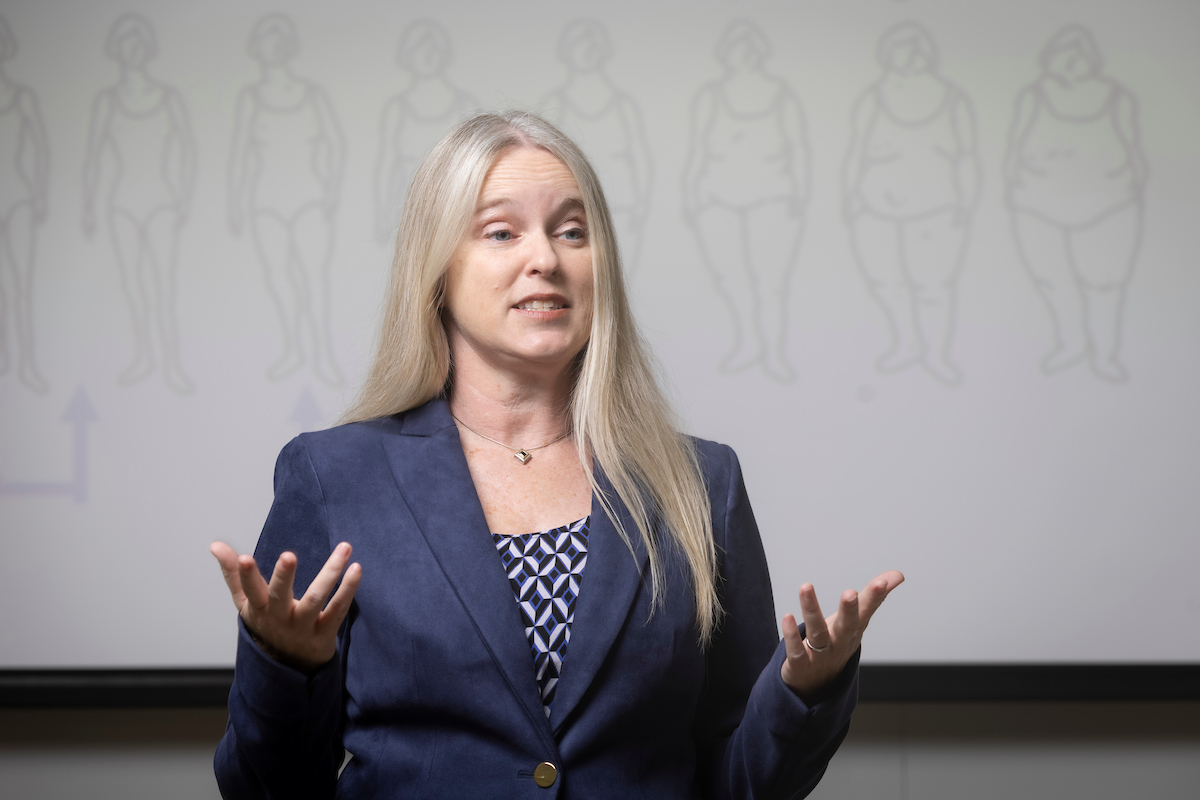 Media images convince women they should be smaller than what is healthy, according to Dr. Brooke Whisenhunt.

Decades ago, Dr. Rick Gardner from the University of Colorado gathered historical and contemporary images of pageant contestants and Playboy centerfolds. He also collected height and weight data to examine body-image ideals. The study exposed that over time, ideals evolved from thin to thinner and taller.

Bozsik built upon that research, and Whisenhunt says they modeled much of the study to receive parallel comparisons.

For their study, they chose to use photos of Miss USA winners during the swimsuit competition. They altered photos to obscure contestant faces and changed all swimsuits to black. By editing the images, the team tried to remove biases of different swimsuit trends.

While height and weight data are no longer available for these contestants, study participants evaluated 15 years’ worth of images. They ranked photos in terms of fitness, attractiveness and muscularity.

Across the board, Whisenhunt and Bozsik found the more recent winners were rated higher in thinness and muscularity.

“It provided us with evidence – at least visually – that the more recent winners looked thinner and appeared more muscular,” Whisenhunt said. Because the photos showed beauty pageant contestants, it’s understood that these women were considered attractive, noted Whisenhunt. “These women are the expression of what we say is ideal.”

To further test how muscularity equates with attractiveness, Whisenhunt’s lab found images of attractive, thin and muscular women. Then they did something no self-respecting influencer would do – they Photoshopped out the muscle tone on most of the pictures.

“Women as a whole are not great at reminding ourselves these images aren’t real.”

Study participants directly compared images and relayed the photos they found most attractive, Whisenhunt noted. Women highly preferred muscular images over the ones that were thin only. This further confirmed the hypothesis that muscularity is now part of the ideal.

“We expect women to restrict eating to get really thin, but now we also expect them to build muscle, which is very contradictory,” she said. Beyond it being unrealistic, she said, “the real kick is that it’s touted as healthier, making it harder for women to reject the notion.” 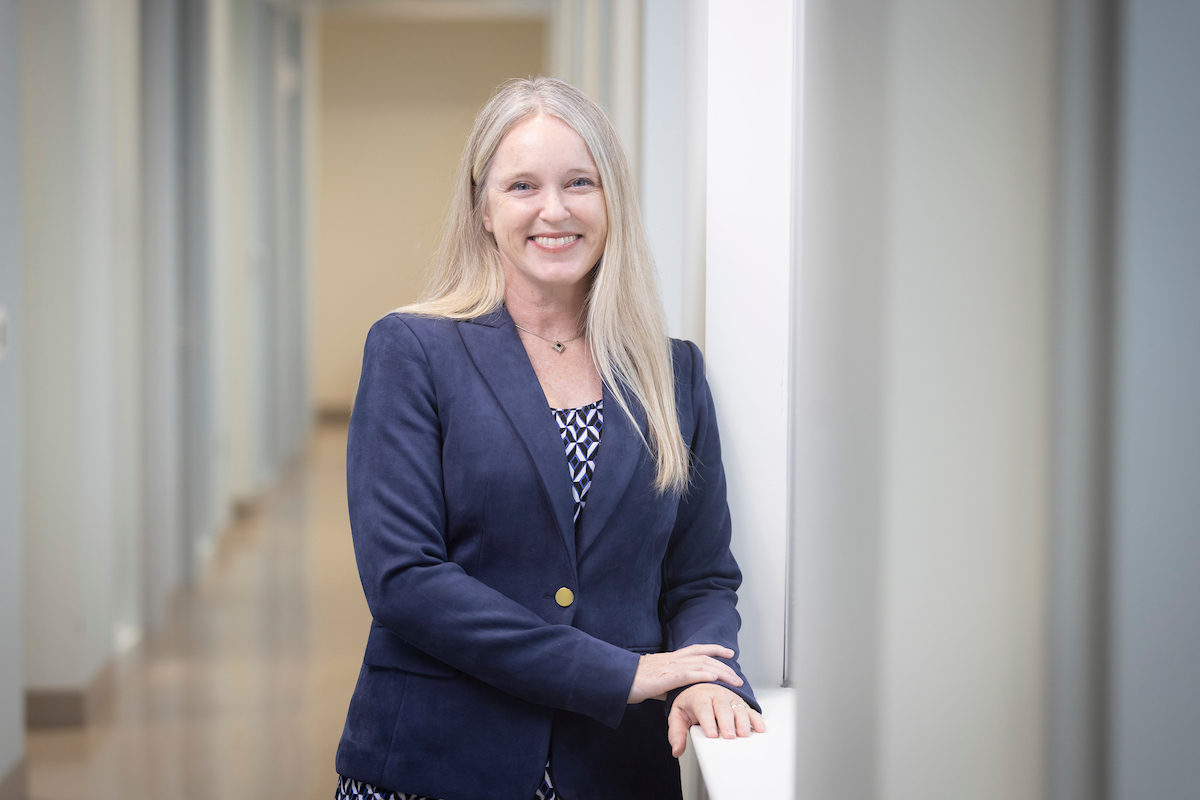 Along with her colleague Dr. Danae Hudson, Dr. Brooke Whisenhunt runs a research lab in the psychology department.

In addition to systematically looking at the relationship between media and body image, Whisenhunt is passionate about improving student learning experiences. One way she’s done this has been to provide robust research experiences for the students in her lab.

Another way is by partnering with Hudson and Dr. Christie Cathey to reimagine MSU’s general education psychology course.

They redesigned the course to have fewer, larger sections. Each section would have several graduate and undergraduate assistants. Each plays a role in student success.

“How do you make a large class feel like it’s a small class?” Whisenhunt asked.

One way is to send personalized feedback after assignments and tests, she noted. The student learning assistants help in this undertaking. Meanwhile, they’re also learning about being effective teachers.

“Dr. Whisenhunt decided to pivot her research focus around the time that I worked with her,” Bozik said. “I don’t know that I ever told her this directly, but it was exemplary modeling of being free to make a career shift to better fit your interests and desires.”

Whisenhunt, Hudson and Cathey know the course is working in this new model, too.

“We’ve dropped the DFW rate – those who receive a D, F or withdraw from a course– by 10%,” she said. “That’s 250 students who are now successfully completing a course each year that wouldn’t have before.”

This data driven approach has given them more to write about, publishing seven articles on this work in as many years.

“Learning is not something I can force my students to do,” she said.  “But I think we’ve shown that you can design a class in a way that maximizes the chances they will learn. You learn when you’re really struggling and dig deep down inside trying to figure something new out.”