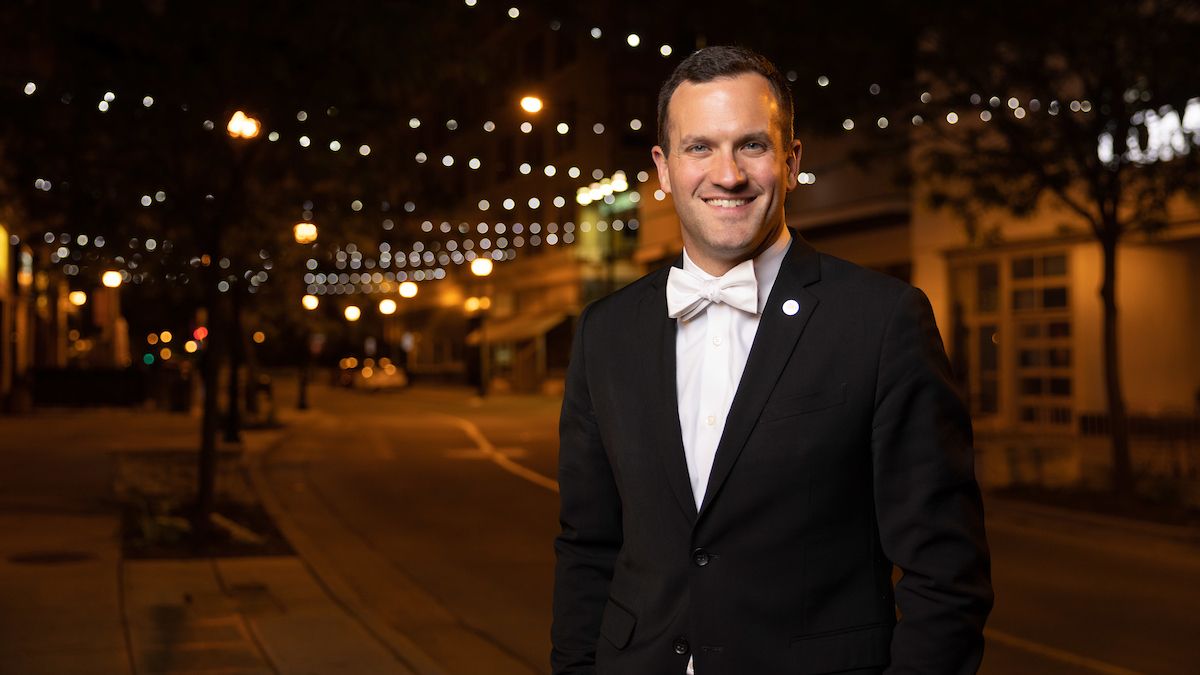 Dancers may call it being in a state of flow. Guitarists might see colors when they play a solo. The average person probably knows it as “when things click.”

Dr. Cameron LaBarr’s goal for his students in Missouri State University’s choral studies program is that they connect so deeply with a performance that it just clicks, that they feel it in their souls.

The question that drives his rehearsals, performances and interactions with students is: What actions can cause those special moments and connections to happen?

The associate professor and director of choral studies has taken his students on performance trips across the country and around the world. He has authored books, conducted choirs on five recordings, guest conducted and adjudicated choirs internationally, and edited more than five dozen pieces of choral music for publication. 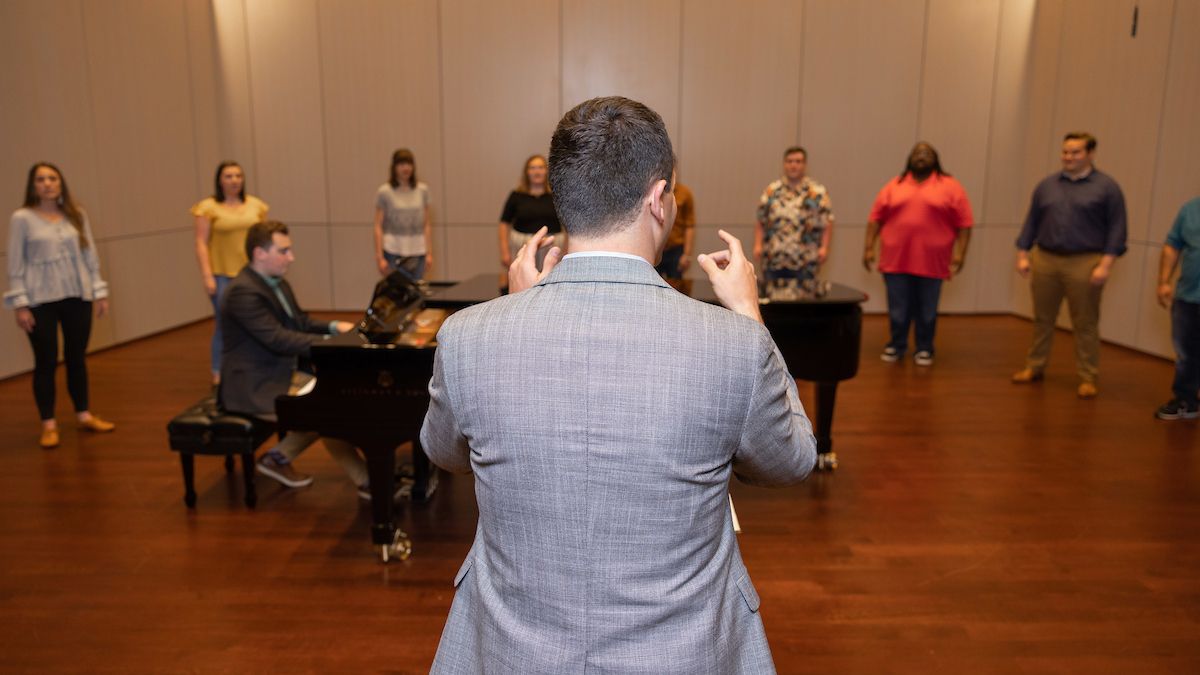 Choral students rehearse for one of many upcoming performances.

LaBarr wants his students to do more than simply sing the notes and words printed on paper.

“I try to not refer to the piece of paper as ‘the music,’” he said. “As musicians, we have to know and follow everything that’s on the page.  However, there is so much that isn’t written down that we must understand in order to create a true connection with people.”

Part of that connection comes from welcoming international students into Missouri State’s choral family. Currently, this includes students from South Africa, China, South Korea, and Venezuela, with another student on the way from the Philippines.

“You’re painting a picture with the music and the text. It isn’t acting. It isn’t artificial. It’s all genuine and real. Everyone’s all in,” said Chandler Cooper, alumnus.

The opportunity to recruit international students comes when LaBarr is guest conducting abroad and when he takes his students on global performance trips. They’ve visited China, Iceland, Norway, Denmark, Sweden, Italy, Ireland, and South Africa. Those trips – especially those to South Africa – have inspired LaBarr’s teaching and work.

“From a research perspective, my travels to South Africa have brought a lot of ideas about African culture and music to what I do, to what I know and what I teach,” he said.

He edits and curates the Cameron LaBarr Choral Series for two music publishers based in the United States. The series features new music from across the world, including South African music.

“Because of the choral series, people around the world are able to know South African choral music more intimately, music which is normally only performed well by South African choirs,” LaBarr said.

“We found a way to notate the music and provide translation and pronunciation guides for the text. That has made the music more accessible to choirs and has helped them understand the cultural context.” 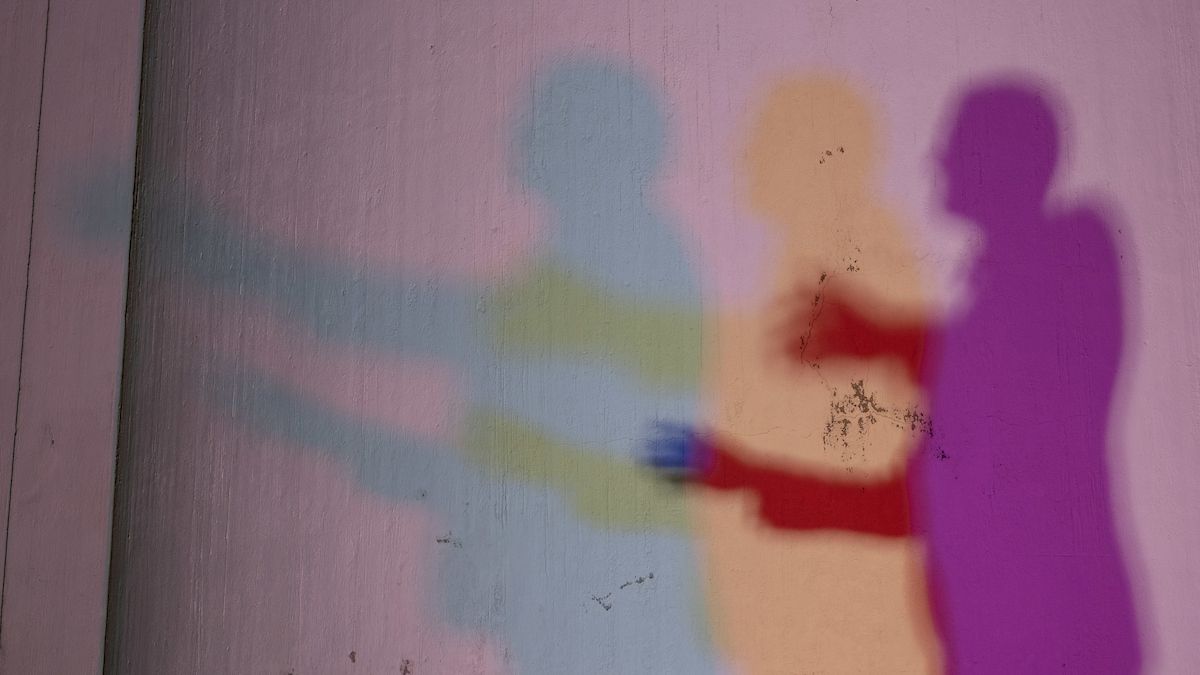 LaBarr has also welcomed international guests to his rehearsal rooms.

“It’s such a pleasure to meet students in other countries and open up a door for them. They just need somebody to say, ‘You’re talented and you clearly work hard, and we have an opportunity for you to go to college and join our program at Missouri State.’”

Graphic design alumna Olina Einarsdottir came to teach the choral group about her native tongue, Icelandic, when the students were rehearsing a song in that language.

“As a professor, I love the opportunity to turn into a student in those moments,” LaBarr said.

Those visits are all in the name of helping LaBarr’s students connect more deeply with the music they’re performing.

“Often, we’ll sing through a foreign language pieces and it will trigger some sort of strongly-felt emotion,” he said.

Chandler Cooper, a 2018 music education alumnus, sang and studied in the choral program from 2016-2018. Now the choir director at Republic High School, Cooper said he can see LaBarr’s influences come out in his own teaching.

“He always says those fine elements matter, even the design of your printed program at concerts,” Cooper said.

“His impact on me and everyone else who’s had him really is immense. As soon as people figure out what they want to do with their lives, he does everything he possibly can to help them achieve that goal.” 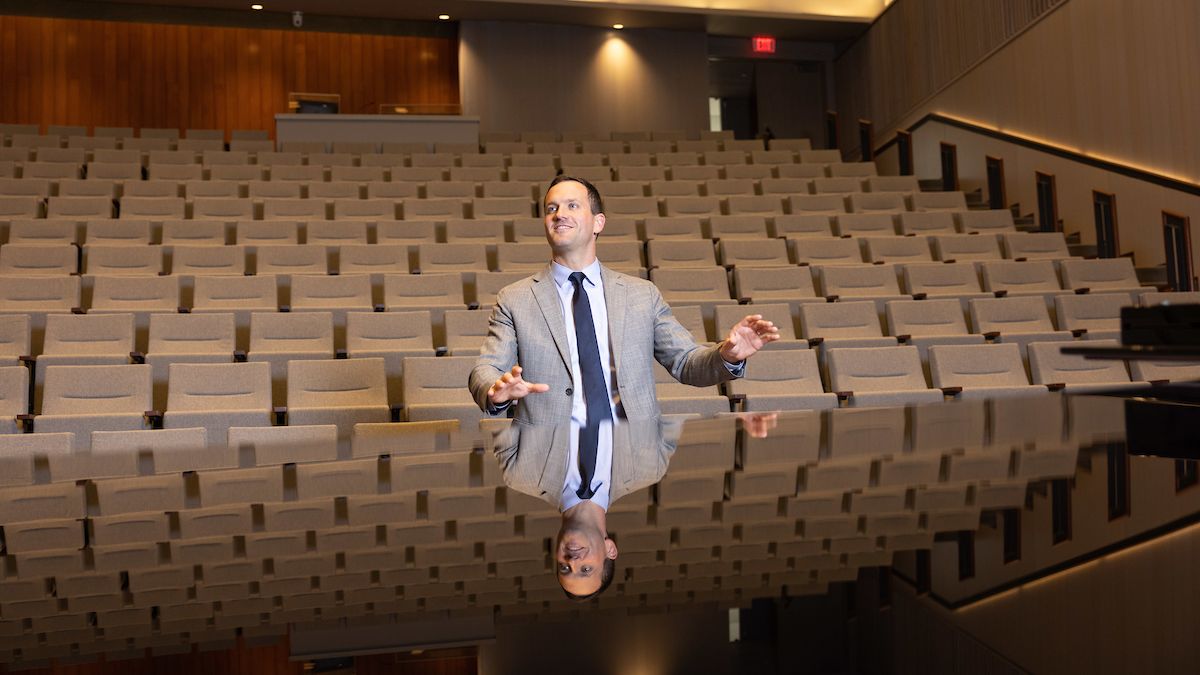 Spending time with a composing legend

Legendary composer and conductor Alice Parker welcomed LaBarr, his colleagues and students at her home in Hawley, Massachusetts.

LaBarr and John Wykoff, a composer and associate professor of music at Lee University, wrote a book about one of their journeys to Parker’s house. “The Melodic Voice: Conversations with Alice Parker” released in 2019.  It includes 345 pages of transcribed and edited interviews with the 94-year-old. Parker counts more than 40 hymns, 47 choral suites and 33 cantatas among her works.

She conducts workshops for composers and conductors, many of which LaBarr and his students have attended. There’s no cell phone service and virtually no internet access in her hometown of 337.

Parker writes in a newsletter about crispy fall leaves seeming to talk to each other as the wind flits them around. It’s a setting that allows musicians like LaBarr to learn more about connecting with people through music.

“You stay at a farmhouse down the hill from her house, which is the old town hall,” LaBarr said. “Every day, you walk up the hill, sit in her studio around the table, sing, learn and enjoy meals together.

“I think a lot of that environment influences her music. One of the biggest things I take away is how to ‘get music off the page.’ What that turns into is living a life of music and community. You’re aware. You’re listening to the souls around you and to your own.”

Get a degree in music