Building leaders, one step at a time

Get ready for the sound of brass, percussion and wind. The sight of students forming shapes, one step at a time. Maybe the buttery taste of stadium popcorn and the touch of a crisp, October breeze whispering across your cheek.

But months before, in the muggy heat of a summer day in southwest Missouri, the first thing Dr. Brad Snow notices at Wehr Band Hall is the smell – staunch evidence of his students putting in the work to create a great show.

“When I walked in here this morning, this place already smelled like band camp,” said Snow, associate professor and director of athletic bands. “You know, it’s like a mixture of sweat and sunscreen. They’re not soft, man. They work hard.” 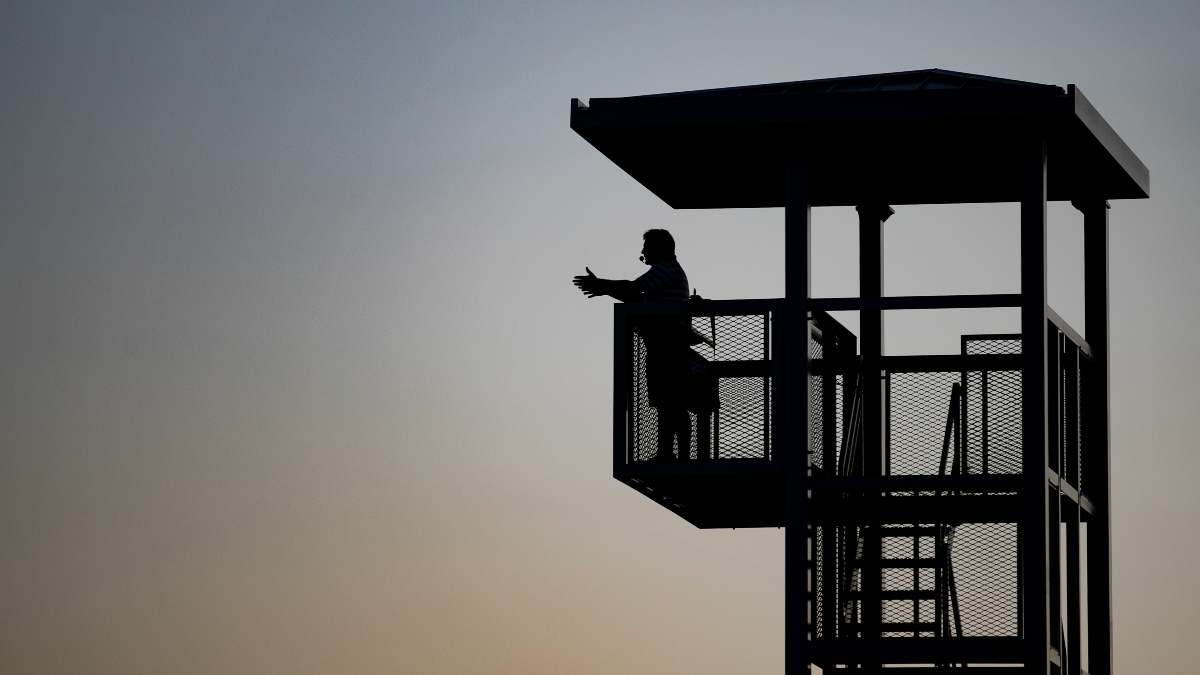 In order to have a synchronized, flawless performance, the Pride Band practices tirelessly.

The question that drives Snow: How will marching band students be better musically, physically and emotionally at the end of a season?

“I think that’s just what drives them,” Snow said. “They don’t do it because it’s easy. They do it because they like to work hard, and they know all the work is going to pay off.”

“As we continue to transition the culture of this program forward, the things Brad’s done with athletic bands have just been transformative.” –  Dr. John Zastoupil 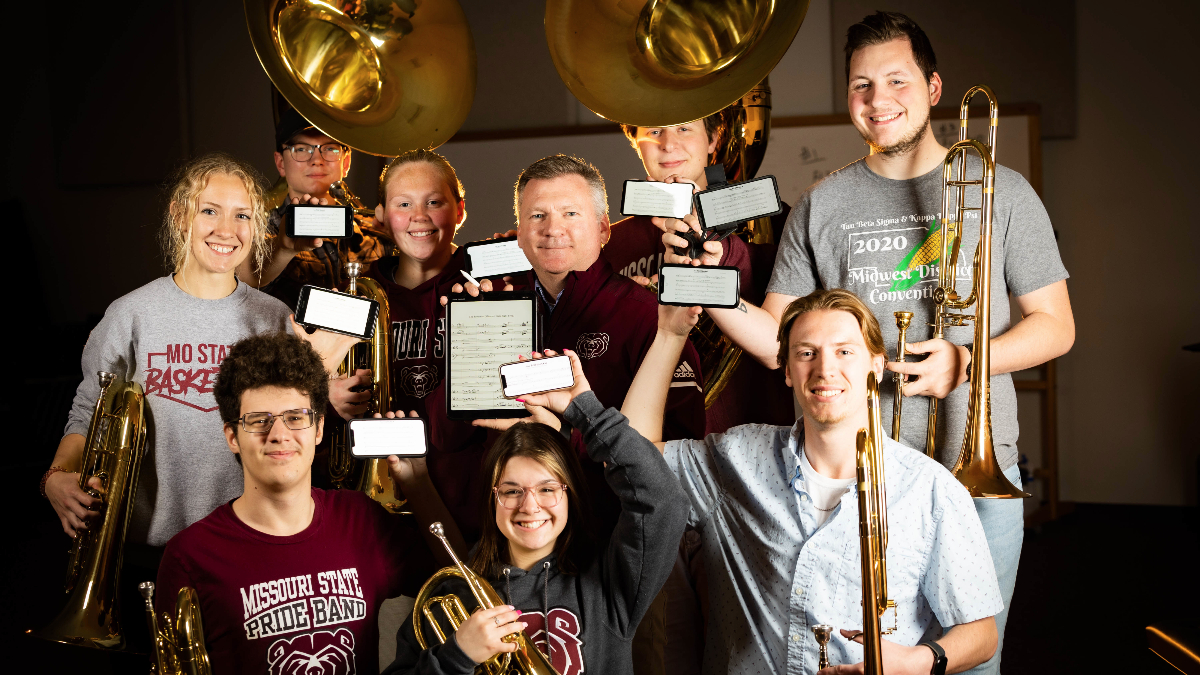 Members of the Pride Band now get updated coordinates delivered directly to their phone.

Marching toward the future

It’s hard to fill the shoes of a local legend, as Snow did when he succeeded Dr. Jerry Hoover as director of athletic bands in 2016. But since that time, Snow has thrived in helping the 300+ members of the Pride Band advance, while maintaining the group’s strong sense of tradition.

For example: The days of printing thousands of pages of drill sheets and music are no more.

“We have to keep up with what the students are into, make sure we’re kind of speaking their language and doing things in a way that they are used to responding to.”

In 2020, the Pride began using mobile apps to show them where to stand and what notes to play. With Ultimate Drill Book, students can interact with live field coordinates, access optimal pathways to their next spot and link sheet music to their drill, all from their phones.

“We can make edits on drill, the students hit refresh on their app, and they automatically have the new coordinates. So it’s given us more flexibility to make changes and help students prepare for rehearsals ahead of time.” 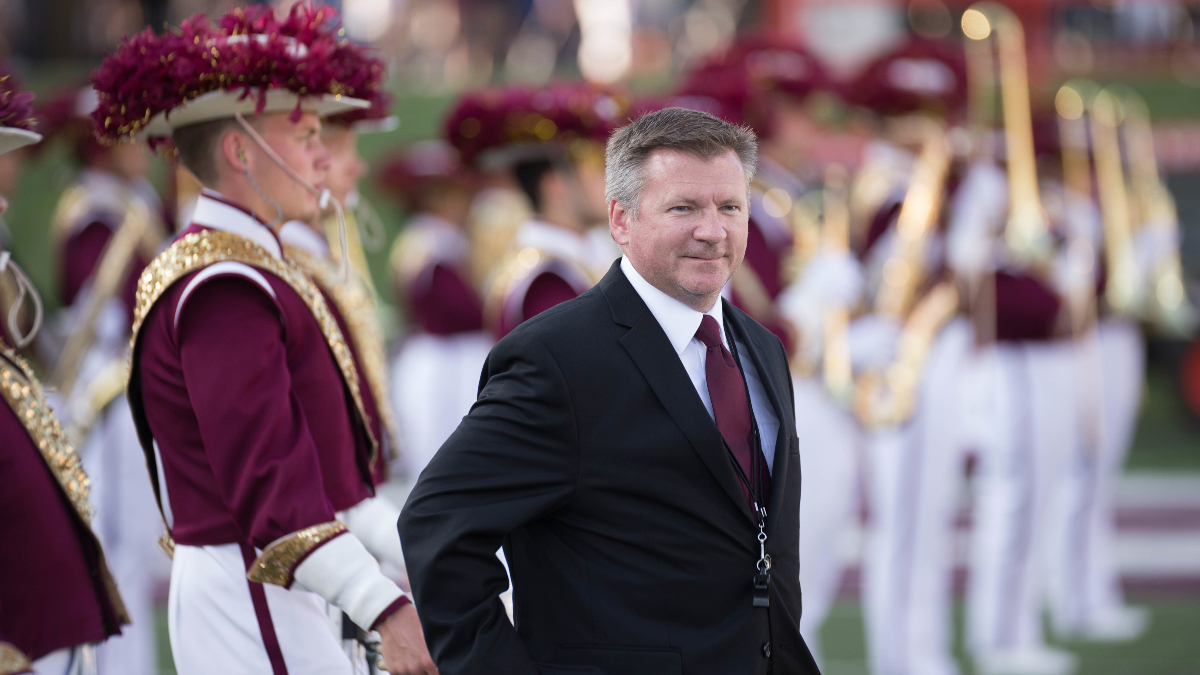 Moments before a performance, Dr. Brad Snow and members of the Pride rehearse the music in their minds.

As one of the few that performed shows in fall 2020, Missouri State is on the front end of this paperless revolution for bands. For students, it’s made the process easier and allowed them to access familiar technology.

“They don’t have to worry about organizing 50 pieces of music and deal with gigantic flip folders, you know? I select a song, and boom. The music for 300 people changes simultaneously.”

Snow’s experience playing in the Marine Corps Band and participating in conferences and symposiums has informed his teaching and performance style.

Snow and his team run the Pride Band with principles from the Marine Corps. That includes maintaining a strong chain of command and empowering students with skills to, one day, become the teacher.

In 2013, Snow’s national symposium presentation in Norman, Oklahoma, focused on his approach to leading students.

“The Marines use a manual called ‘Principles of Marine Corps Leadership,’” Snow said. “I went through it, found every mention of ‘Marine’ and replaced it with ‘band.’” 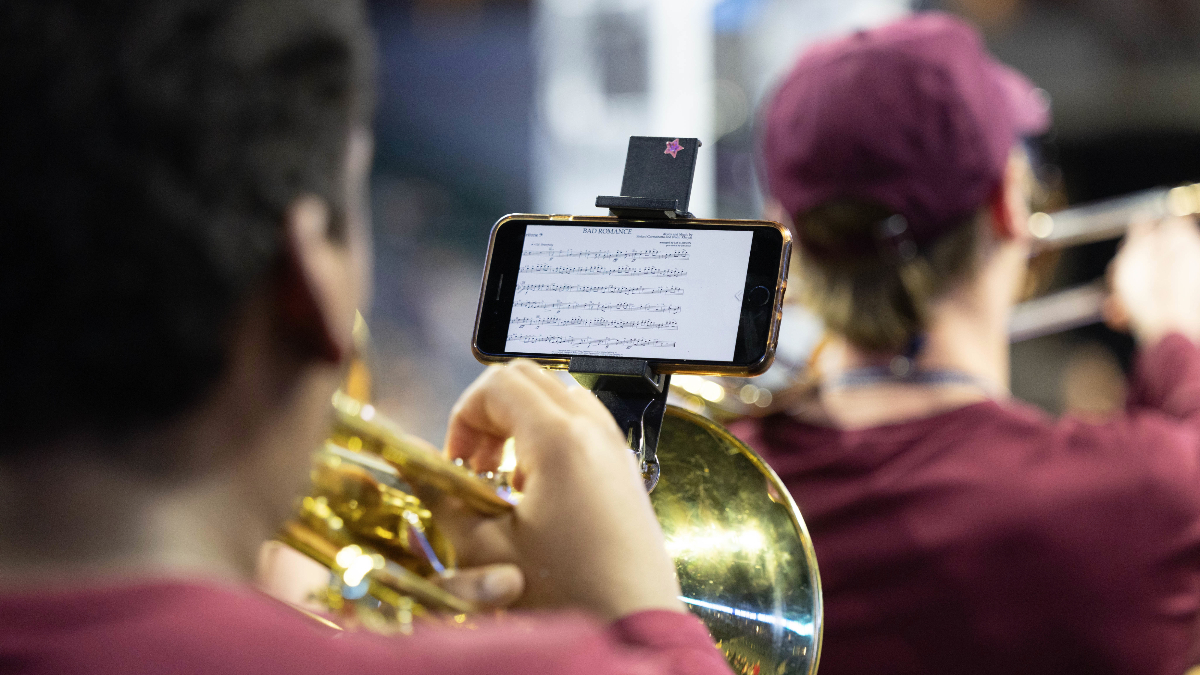 Musicians can access the latest changes to performances on their phones.

To paraphrase one section from the manual: ‘Your appearance, attitude, physical fitness and personal example are all on display daily for the band members in your unit. Remember, your band members reflect your image!’

“We talk about this a lot. I think the most special thing about the band program is that we treat it like a family,” Zastoupil said. “When Brad and I are recruiting, we love to tell people about the culture. It’s a network of thousands of band alumni. Our purpose is that we’re here to build people.”

That’s the important big picture for Snow, who counts longevity as his greatest career achievement. His secret? Celebrating a shared love.

“We do this because it’s fun,” Snow said. “And along the way, we learned about working hard as a team and what synergy is all about, even if we didn’t learn these five pages of drill today and we’ll have to really get after it next time.

“Ultimately, at the end of the day, it’s just what we love.”

Learn more about the Pride Bands