Most wine enthusiasts in America love drinking wine made from European grapes, but these grape varieties do not thrive when grown in vineyards of the Midwest.

That is why agriculture professor Dr. Chin-Feng Hwang and his team of researchers at Missouri State University are exploring grape genetics. They use cutting-edge DNA marker technology to expedite traditional breeding of grapes, which may take more than 20 years to release a new type of grape, also known as a cultivar.

If you don’t have sustainability of your vineyard, you can’t make a profit. Growers are now recognizing the importance of growing hybrids here. — Dr. Chin-Feng Hwang

Their ultimate goal is to develop and release new hybrid grape cultivars in the region, which have desirable traits from both European grapes and Missouri’s official state grape, the Norton. Compared to European grapes such as Cabernet Sauvignon, Norton is more disease-resistant and cold-hardy.

“Growers in Missouri want to have European grapes in this area, but the grapevines can’t last long due to the cold weather and fungal diseases. Even if pesticides are intensively applied, European grapes often die within five years because of complications of the cold weather,” said Hwang, who has received nearly $2 million in research grants. “If you don’t have sustainability of your vineyard, you can’t make a profit. Growers are now recognizing the importance of growing hybrids here.” 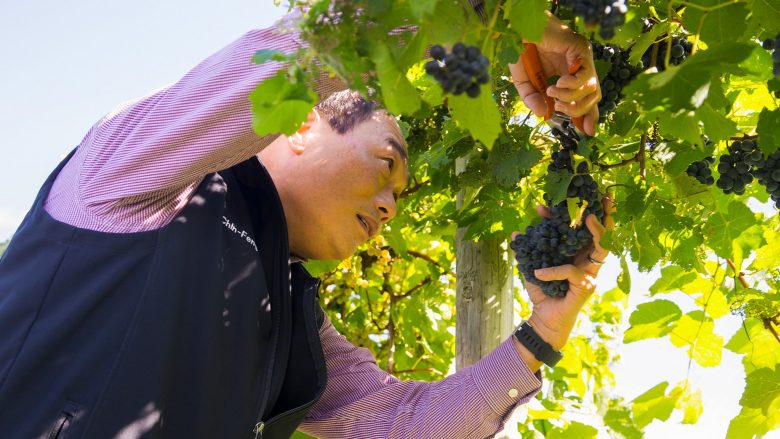 For the past six years, Hwang and his team have been working on creating mapping populations – a minimum of 200 seedlings from a controlled cross of two types of vines – to look for genotype (DNA information) that associates with desirable phenotypes (physical characteristics). 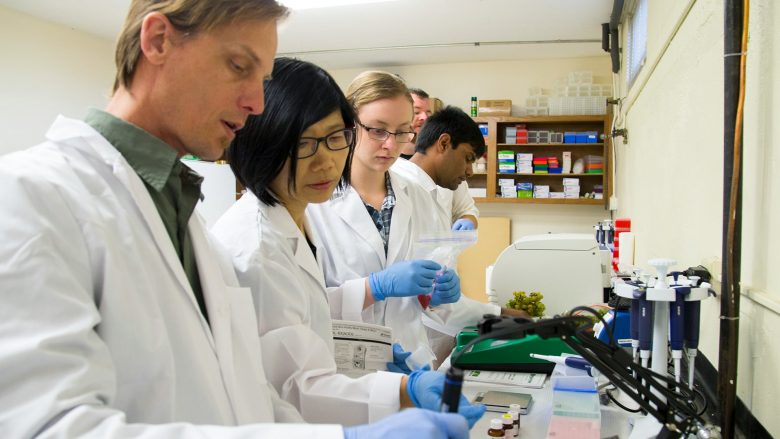 In the lab, MSU research specialist Li-Ling Chen trains graduate students to isolate DNA from each seedling by grinding up a small piece of leaf tissue to look for DNA markers. These markers are genes or DNA sequences with a known location on a chromosome allowing them to predict each seedling’s phenotype, such as berry quality or disease resistance.

This marker-assisted selection process not only reduces the long “wait and see” period in traditional plant breeding, but also results in a more accurate selection of what the progeny – or offspring – will be.

“The biggest feat of Dr. Hwang’s lab so far may be the mapping populations established because no improvement or selection of traits can begin until they are available,” said Jacob Schneider, an MSU plant science graduate student. “The molecular breeding process resulting in the mapping population saves considerable work, water, labor cost and time involved in field trials – big factors for sustainability.” 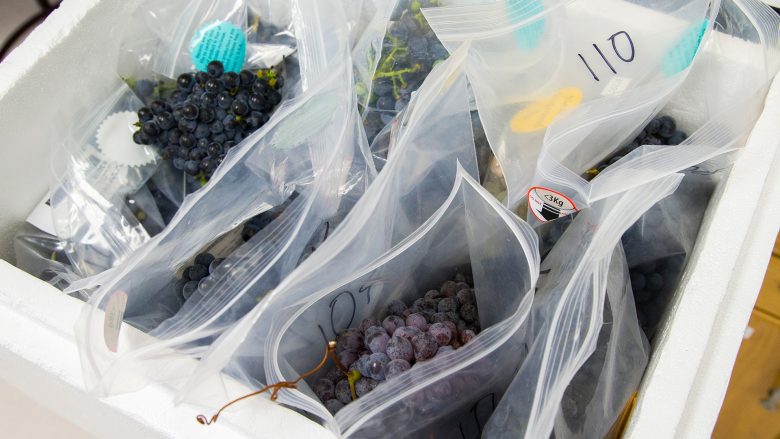 Grapes are gathered, labeled and taken to the lab for further research. Photo by Bob Linder

From a plant’s ability to root during dormancy to its disease resistance and more, Hwang leads his team in analyzing various traits in their breeding populations.

For example, Schneider’s research looks at dormant hardwood cuttings to see how well they root.

“Norton dormant cuttings don’t root well, but the Cabernet Sauvignon ones do, so I look for DNA markers that allow dormant rooting by screening offspring of these parent cultivars,” Schneider explained. “The ones that do root should have DNA for that rooting ability. When we combine the rooting and markers data, we can select for that trait in a population.” 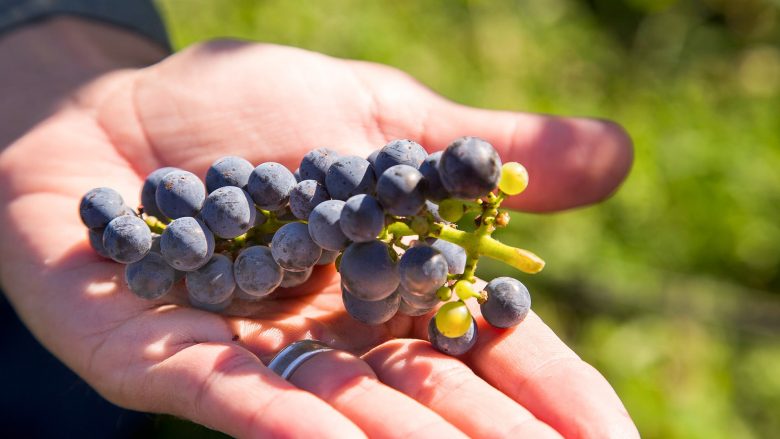 Hwang’s efforts to study another trait known as downy mildew, a severe fungal disease, from the same Norton-Cabernet cross recently paid off.

This map is the first-of-its-kind. It was made possible by a collaboration with Cornell University, which assisted Hwang with the SNP marker information his lab did not have.

“This finding is very important for growers because downy mildew is a big disease,” Hwang said. “We can now predict whether a progeny with Norton background will be resistant or susceptible to this disease, so growers will know the resistant one to grow and won’t have to spray as much chemicals.” 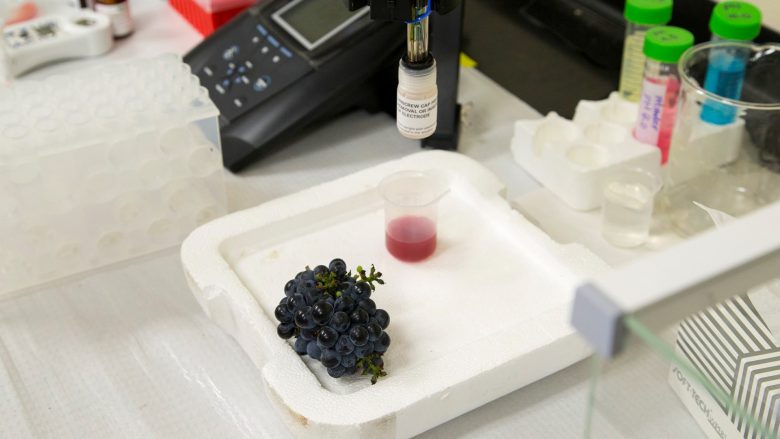 Each year brings Hwang closer to releasing a new Norton-based hybrid grape cultivar. He estimates it will happen in the near future.

“We do have a potential candidate from Norton cross with Vignoles,” said Hwang. “It looks pretty good, but needs to go through multiyear, multiple location evaluation first.”