Singing between the lines

Dr. Richard Todd Payne still has the voicemail message saved, perhaps forever, on his office phone. It illustrates his research focus: How can we help audiences identify with us through performance?

The message came from an 87-year-old woman in Missouri. Days earlier, Payne, a professor of music and professional opera singer, performed with the Springfield Symphony for a special Black History Month concert in February 2018.

There, Payne’s baritone delivered soaring solos and narrated the second half of Dr. Martin Luther King Jr.’s “I Have a Dream” speech.

The woman wanted to attend the performance at Juanita K. Hammons Hall for the Performing Arts. Unfortunately, she had to wait to hear the show on the radio.

And she went on.

“I have to tell you that I’m losing my eyesight to degeneration,” she said, “but I once was blind, but now I see. Thank you. Bless you.” 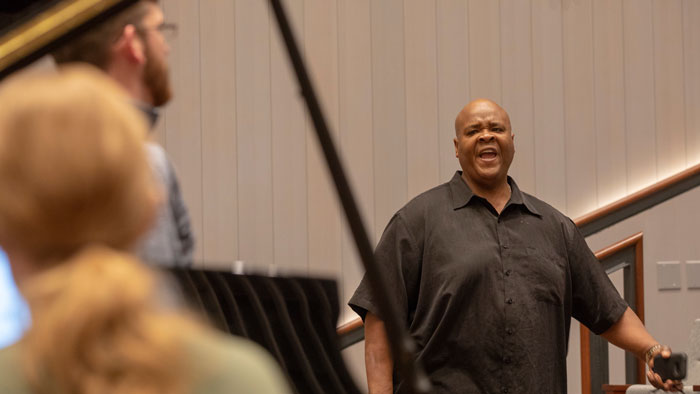 Payne turns off the recording. He sits back in his chair as a state of contentment washes over his face.

“If I never get to the Metropolitan Opera, it’s OK, because I know I was put on this Earth to touch the lives of others through the power of music.”

In April 2018, one dream came true when he sang at Alice Tully Hall, a concert hall at the Lincoln Center for the Performing Arts in Manhattan.

Payne estimates that his career includes hundreds of performances. The list includes more than 30 recitals and major performances in the last five years. And that doesn’t include the hundreds of times he sang at church and other family events.

What I tell my students, and I instilled this in myself, is that practice prepares you for the persistent pursuit of your predestined purpose.

He also teaches voice at Missouri State, in courses that range from the 100 to 600 levels.

Payne shared that voicemail with his students to drive home a central point: He’s here to teach them so much more than singing.

“My research is going underneath the surface,” he said. “I look at music and ask, ‘What is it saying? How does it apply to me, and how can I give that back to the audience?’”

When he walks out on stage, the audience sees or hears him as Dr. Todd Payne. But Payne himself said he experiences an out-of-body sensation. 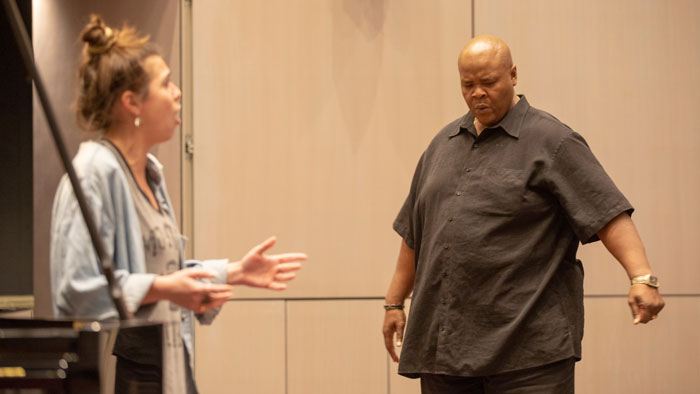 “Every time when I walk on that stage, I leave Todd Payne in the wing outside and I walk on as whoever I am beginning to personify,” he said. “All of a sudden, I feel like I’m just floating when it comes to singing.”

The key to that, he says, is practice. Oh, and legendary basketball player Michael Jordan, who Payne has admired for decades.

Payne read Jordan’s autobiography, which made him realize what drove Jordan to win a half-dozen NBA championships. The principle applies to Payne’s performance career and how he teaches his students.

“Jordan said that he played in practice as if he was already in the NBA Finals,” Payne said. “That was his mentality. 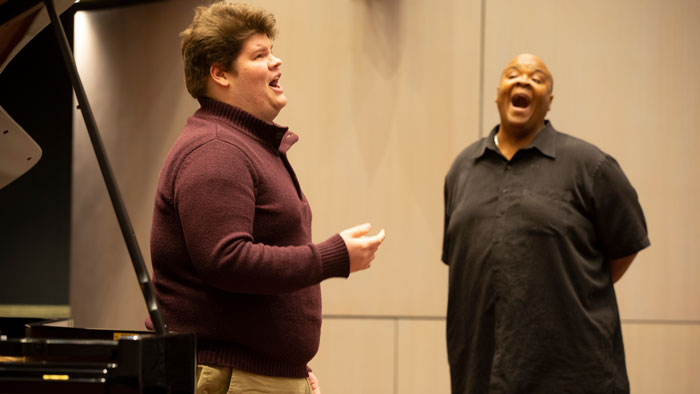 One of Payne’s former students, Chris Boemler, echoed that statement. Boemler spent parts of nine semesters under Payne’s wing, and graduated with a bachelor’s degree in music education in 2012.

He now teaches choir, guitar and music theory at Festus High School in Festus, Missouri. Payne inspired him to never give up on his students, and to teach them that true music lies in the intent with which notes are performed.

“He really helped me on my sense of drive with my voice and finding my true voice,” Boemler said.

Payne also helped senior music major Emily McFadden find her voice in and outside of music. McFadden took private lessons from Payne and said the professor’s wisdom assisted her quest to succeed in college.

“He’s adamant about taking care of yourself,” she said. “He helped me understand how to draw boundaries and say ‘no’ when I need to. College requires a personal drive, and he taught me how to be my own motivator.”

The director wanted to do something special for Black History Month in February 2018. Payne said he’d love to put together a group of selections.

When you find the meaning of music, I believe you give an audience more than just a beautiful voice or entertainment. You’re being vulnerable to share part of who you are with them through your singing.

On several occasions, Payne had recited the second half of King’s famous speech and was familiar with gospel music and hymns. A concert was born.

“It was magical. That was the first time that, to my knowledge, the symphony had ever performed ‘Precious Lord, Take My Hand’ and ‘We Shall Overcome’ with narration of Dr. King’s words,” Payne said.

“Truthfully, this show was born out of love.” 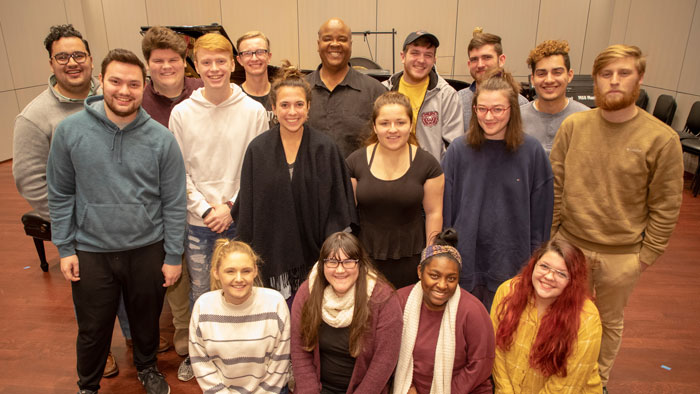 Students from one of Dr. Todd Payne’s classes. Submitted by Payne

Payne said he’s a storyteller, and that he tells his students that their job is to touch the lives of those who are in the audience.

“You’re advocating for the continuous fact that music is a universal language that washes away from the soul the everyday dust of life,” he said.

“That’s what you have to be an advocate for. Music sees no color. It sees people for who we are. We’re stronger together as one.”