In northern Michigan forests lives the white-footed mouse. Among other small mammals, it’s a fierce competitor in the food chain.

However, this animal struggles to survive through harsh winters.

Tracking the population size and location of this mouse can serve as a “bellwether for climate change,” said Dr. Sean Maher, associate biology professor at Missouri State University.

“My graduate advisor shared his research on the animal, and got me hooked on small mammals,” Maher said. 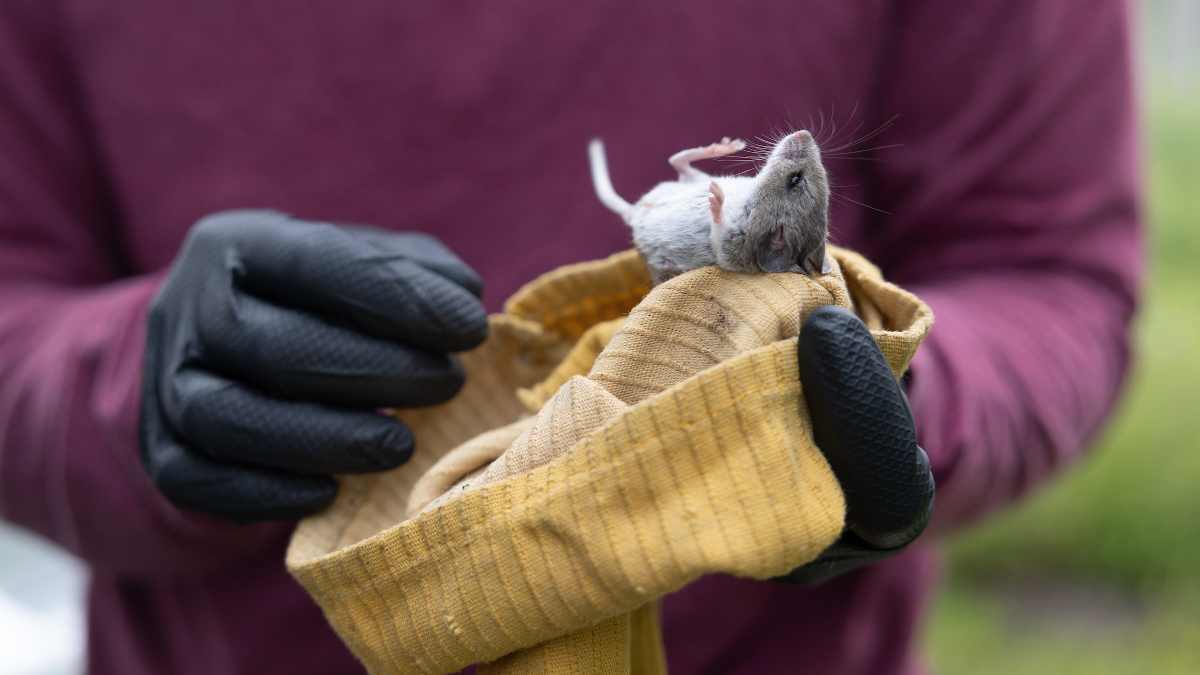 Maher studies scurrying mammals, primarily mice and rats, by catching and releasing them. His work is a snapshot in time of where these animals call home and gives an estimate of how abundant they are.

“One of the issues with wildlife biology is that just because you fail to find it doesn’t mean it’s not there.”

The information can be compared to previous or future research of a species or region to provide evidence of change or forecast trends.

“These small mammal communities can give us a baseline,” he said. “Twenty or 30 years from now, someone can survey the same prairie or glade and compare data. Then, you may see a different story – perhaps a species disappeared or a new species is present.” 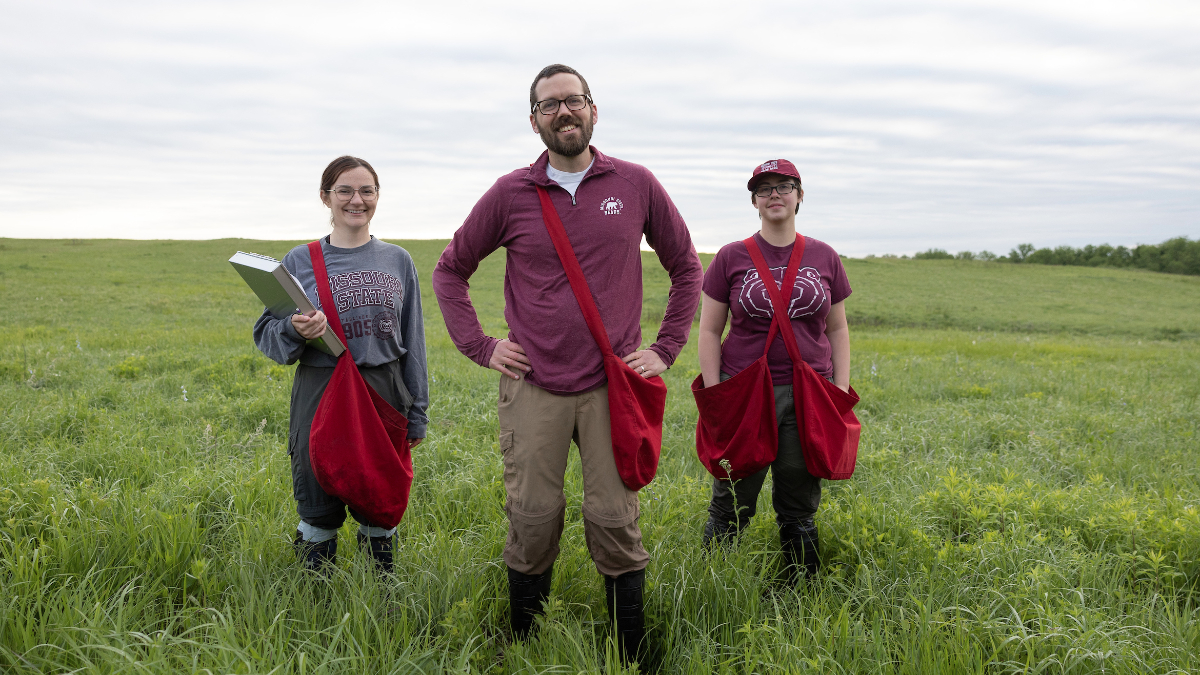 Rare vs. not there

Emily Beasley, a 2018 MSU alumna and now a PhD student at University of Vermont, surveyed four glade systems for her thesis:

In each of those areas, she set traps in three to four glades of varying sizes to examine what species lived there.

Beasley co-authored an article with Maher on this research and published it in the Journal of Mammalogy. Based on this work, she was the recipient of the Annie M. Alexander Award from the American Society of Mammalogists, and it provided strong evidence of island biogeography theory.

“The most rewarding thing is seeing the students getting where they want to go. And I’m gratified when they can use me as the stepping stone to their career.”

At its root, this theory states larger islands have more species; smaller islands have fewer. An island, in this sense, simply means an isolated area. 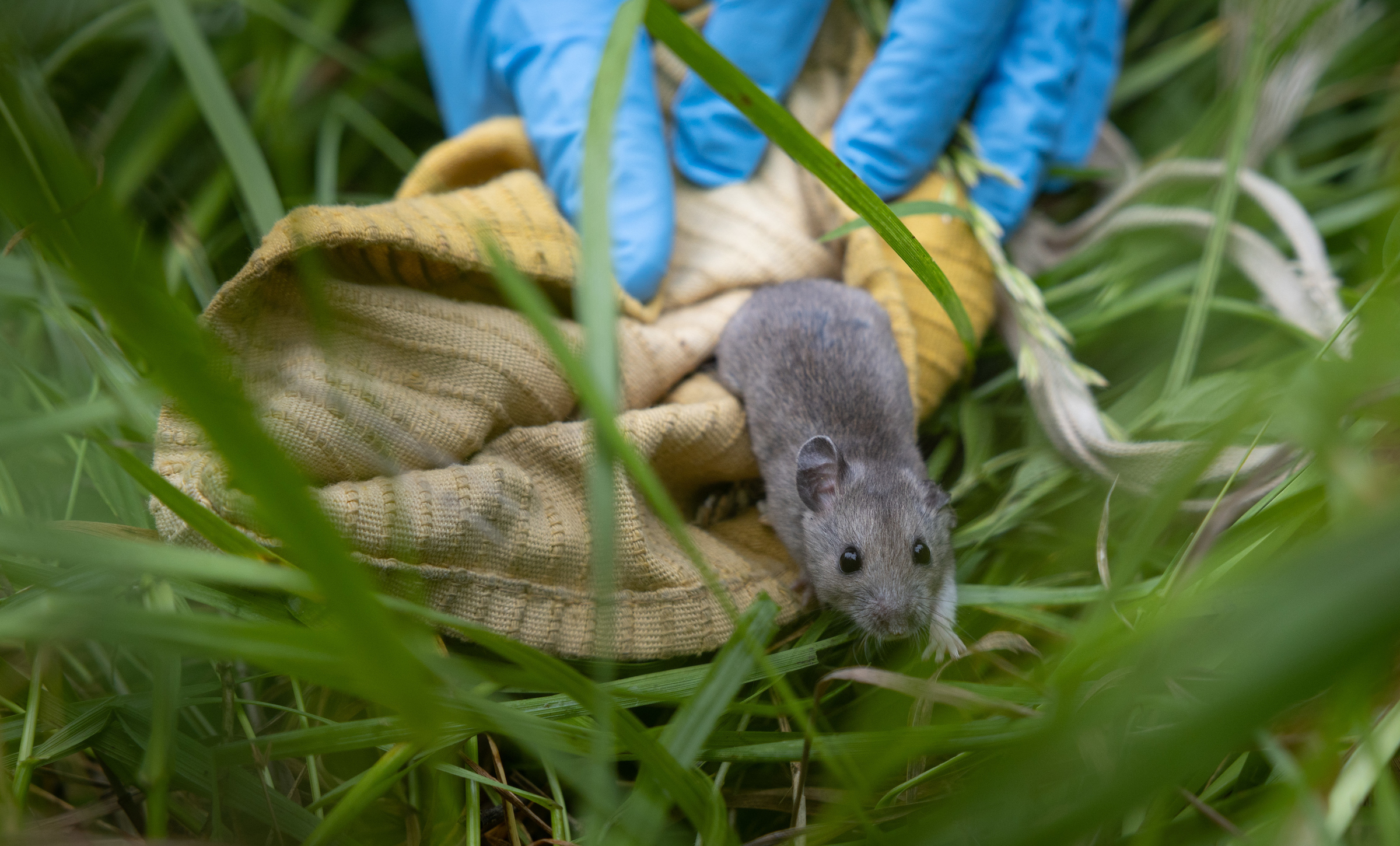 Mice like these are at the center of Dr. Sean Maher’s studies.

Maher and Beasley’s work showed the counts could suffer or swell based on environmental disruptions. A good year for small mammals usually comes with more rainfall, causing trees to produce more of the mammals’ favorite meal: seeds.

In planning out the project, Maher advised Beasley to use a statistical model that accounted for detection of rare species.

“Her work was novel because it simultaneously accounted for whether you’re going to find a species and whether or not it’s there. You have to account for both of those things to get a good idea of presence,” Maher said. “If you’re catching a bunch of rare species, there are probably even more rare species that aren’t being sighted.” 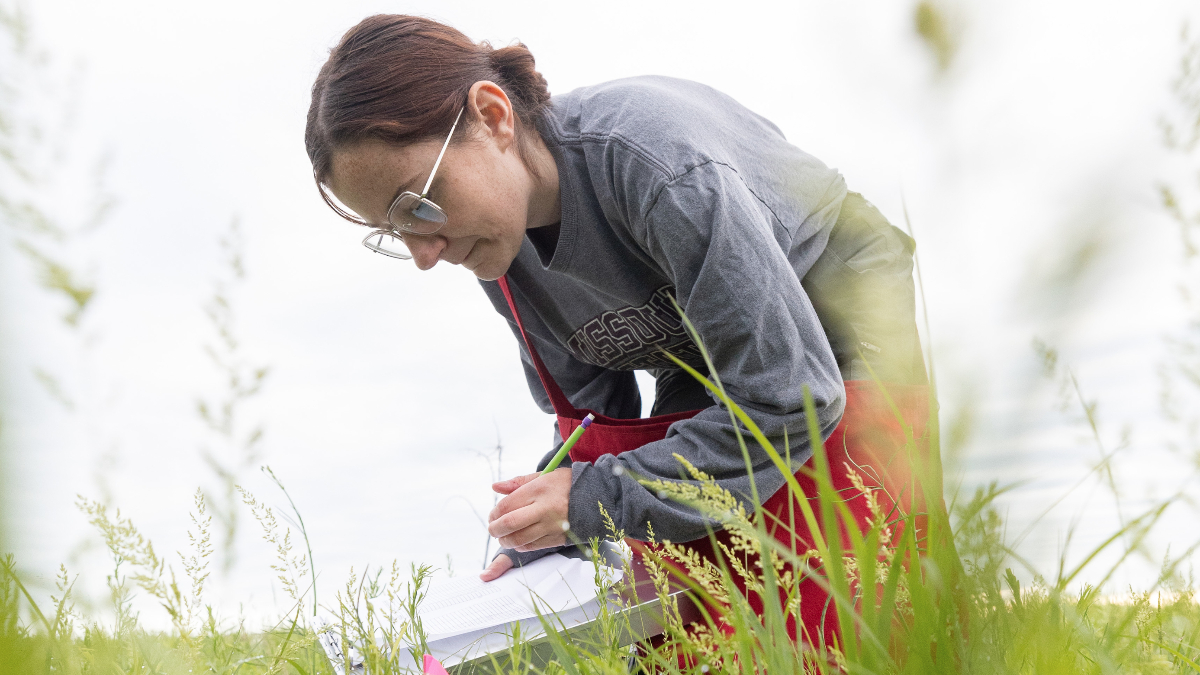 Student Sofia Orlando documents her findings as she examines the prairie lands.

Maher’s former student, Casey Adkins, is pursuing her PhD at the University of Nevada – Reno. She appreciated his insight, advice and guidance during the application to doctoral programs. Moreover, she appreciates what he brings to the scientific community.

“Sean’s work is unique because he not only studies communities and their interactions, but how these interactions may change throughout time and geographic space,” she said.

In the last decade, Maher published more than 15 articles detailing the lives of animals and parasites we often overlook.

He’s interested in parasites like ticks “because when you talk about small mammals, they are linked to ectoparasites,” Maher said. 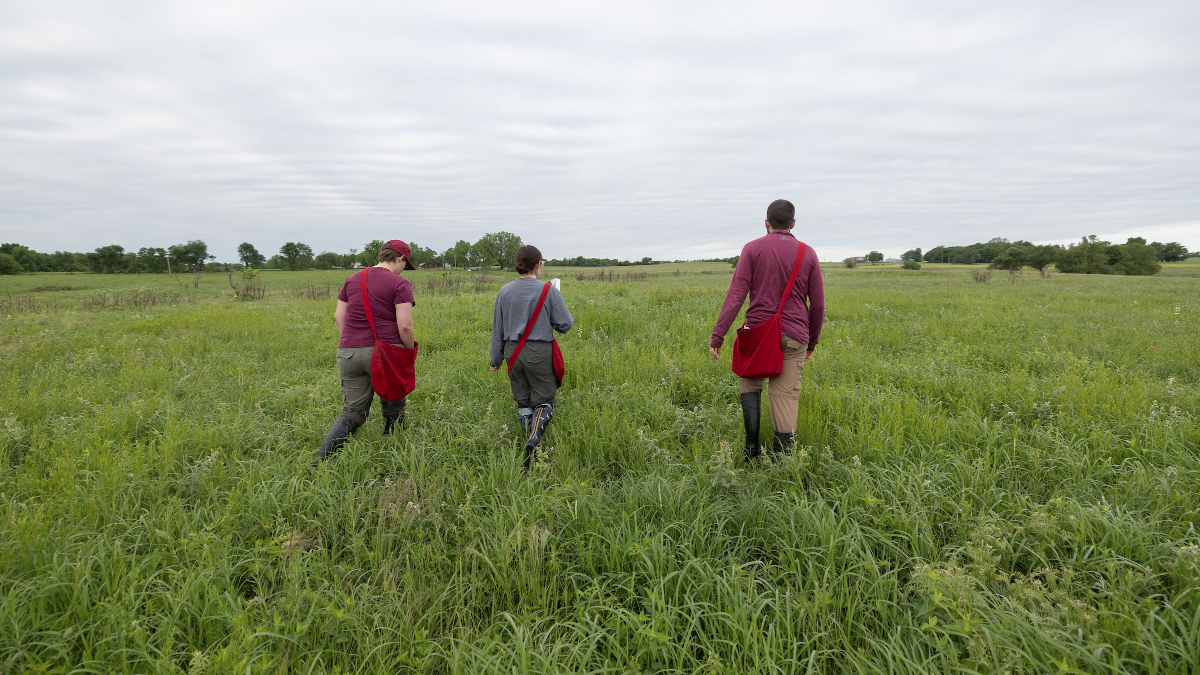 Prairies like this are ideal habitats for the animals Dr. Sean Maher studies.

Virginia possums, for instance, feed on ticks. When a region has a healthy population of one, there will likely be fewer of the other.

Maher is quick to say, though, the linkages between mammals and ticks are still being formed. This is the focus of another current study.

Data collection on many regional species and habitats has been lacking. In many cases, the baselines were established within the latter part of the 20th century.

“Collecting data is important,” Maher said. “Just like in the case of the white-footed mouse, data tell us a story about the health of a forest or glade, as well as the climate.”