Dr. Richard Todd Payne, associate professor in music, has been selected to perform the role of Hero/Louis Armstrong in a Memphis, Tennessee, production of “The Real Ambassadors.”

The performances will be 7 p.m. on April 8 and 2 p.m. on April 10 at Playhouse on the Square. The production is sponsored by Rhodes College, Opera Memphis and the 2016 Brubeck Festival as part of the Midtown Opera Festival. 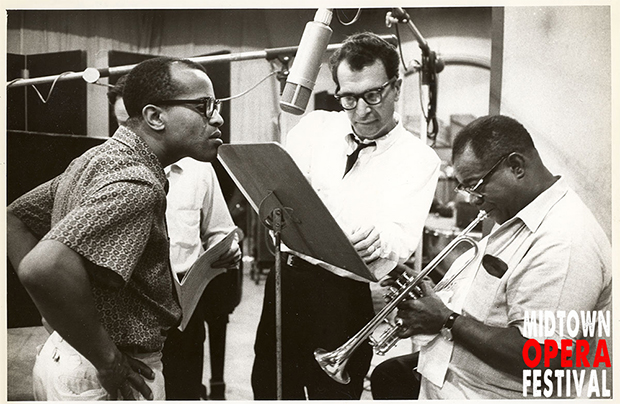 More about ‘The Real Ambassadors’

The jazz musical was developed in the late 1950s and early 1960s by Dave and Iola Brubeck, in collaboration with Louis Armstrong and his band.

Set in a fictional African nation called Talgalla, its central character named “Hero” is based on Armstrong.

The work satirizes segregation, using the U.S. Civil Rights Movement, the music business, America’s place in the world during the Cold War, the nature of God and a number of other themes to exemplify the racism historically prevalent therein.

“The Real Ambassadors” also explores the notion that music can be a real ambassador for racial and human equality.

‘Music is a universal language’

Payne said he has never participated in a jazz musical, nor did he dream he’d ever play Louis Armstrong.

“I consider this a great opportunity to portray a great icon as Louis! I was approached last summer and asked would I consider the role. After hearing the music and reading the libretto, I couldn’t say no.”

The production, he said, offers a poignant message: “Music is a universal language that washes away from the soul the dust of everyday life!”