Dr. Robert C. Quebbeman will conduct his last concert as Missouri State’s director of orchestral activities on Sunday in this year’s President’s Concert. The Hammons Hall event will be free and open to the public.

Missouri State University’s music department will continue its annual Masterworks concert tradition with Giuseppe Verdi’s “Requiem Mass,” one of the best known and most loved of the major works for choir and orchestra. 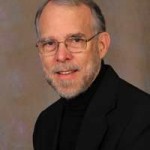 Quebbeman conducts the MSU Symphony Orchestra and is the director of graduate studies in music.

Under his direction the group has performed at the 2010 National Convention of the College Orchestra Directors Association and also on a nationally televised broadcast of MENC’s “World’s Largest Concert.”

Quebbeman is active in many state and national orchestral and music circles and has been the music director of the Springfield Regional Opera for 15 years. He has guest conducted and performed with the Springfield Symphony.